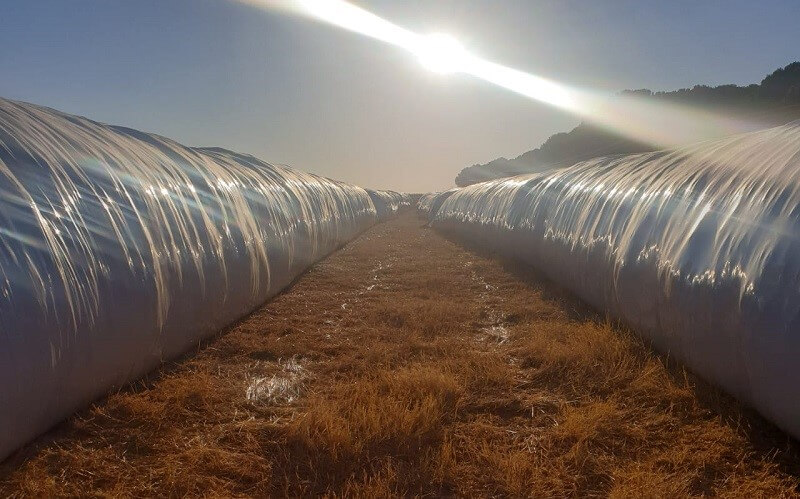 Sampling in the 2020 Santam Agriculture National Silage Competition recently kicked off and Erna Mostert, the assistant competition coordinator, along with various postgraduate students from local universities, are currently on a road trip that will span almost 9 000km across five weeks. During this time samples will be taken from 84 bunkers and silo bags entered in the competition.

So how exactly does this process work? Plaas Media sat down with Richardt Venter who has been tasked to co-ordinate the competition arrangements, to unravel some of the key aspects and protocols of silage sampling.

Richardt explains that the sampling protocol remains constant throughout the entire sampling process, whether the silage in question was made from summer or winter crops. “Our sampling methodology throughout the competition stays the same, whether we sample silage from piles, silo bags or bunkers.

“We take samples from the top of a silage pile or bunker by drilling into the silage at different depths of 10cm, 10 to 20cm and 20 to 40cm with a 110mm drill and then collecting a sample. This year we are also testing the quality of baled silage of which we have received maize, feed sorghum and lucerne entries along with a couple of grass varieties such as Smutsvinger and oulandsgras.

“However, sampling in the baled silage category varies slightly compared to the other categories. Here we take samples using a 50mm drill, drilling into three bales three times each, whereas a bunker requires only three drills in total. However, we still drill at three different depths into both bunkers and bales.”

Various nutrient levels are measured in each sample. Three of the most important nutritional levels determined are the starch levels and amount of fibre and proteins in each sample. “Silage is used especially as a source of animal feed in intensive animal production, but is also relied upon by many farmers in drier months throughout the year,” he explains.

“By determining the nutritional value of each sample, an animal nutritionist can better manage different animals’ nutritional needs in combination with other raw materials. This then ensures a balanced diet and ultimately increases a farmer’s overall production.”

The technology and science behind silage sampling

Laboratories traditionally made use of wet chemistry when testing samples. However, compared to other methods, wet chemistry is time intensive and more costly. Samples extracted for the 2020 Santam Agriculture National Silage Competition will be analysed using near-infrared reflectance spectroscopy (NIRS). This means that a spectrophotometer is used to analyse the light spectrum reflected off a sample when that sample is exposed to infrared light. This method of sample analysis is faster and more affordable compared to wet chemistry.

What scientific analysis can reveal about your silage

Moisture content and dry matter (DM) levels are some of the primary ways in which we can establish whether a crop used for silage purposes was harvested at the appropriate time, explains Richardt. “Waiting until the crops are ready to be cut down is crucial, because we know it is important for a plant to reach a certain stage of maturity so that the plant can deliver the optimum amount of nutrients.

“Some crops, such as maize and feed sorghum, are harvested when they have reached the ideal moisture content. In other cases, such as oats, grass and lucerne silage, the crops are harvested before they reach optimum moisture content levels. These wetter crops then wilt on the field until the optimum DM level has been reached, before they are further processed,” he adds.

Protein-rich crops such as soya or lucerne should be cut when the plant’s protein levels are optimal. In all cases, fibre content should also be taken into account seeing as the nutrient detergent fibre (NDF) value will continue to increase as the plant matures, which can in turn affect the digestibility of the silage.

According to Richardt, the optimal DM percentage for most crops hover around 35% DM, which equals a 65% moisture content. “With only the DM content known, one can already estimate the silage quality, or the challenges ahead if the crop is either too wet or too dry,” he explains. “In the Santam Agriculture National Silage Competition, we use the same sample to assess all of the various components and overall quality of your silage. The sample is initially used as a wet sample that is scanned with NIRS technology. Afterwards the sample is dried via oven drying which takes about three days which allows us to determine the dry matter level.”

The dry sample is then scanned yet again through NIRS which allows for the examination and establishment of other nutrient levels. Any possible variation in silage samples is minimised by taking three samples of each bunker, which then provides the team with a pooled sample. When it comes to baled silage, three samples are taken of three different bales, which then equals nine samples that are mixed together per different depth range, and then separated again into three samples for further processing.

The most important thing when it comes to the correct handling of the silage samples, is that they have to be kept at a low temperature. Richardt says that each sample is placed in a camping freezer and kept cold until the samples reach the lab. “We also ensure that no dirt or other foreign particles contaminate the samples. This is done by tightly securing the lid of the buckets used to store the samples in. These buckets are also cleaned thoroughly in-between farms and sterilised with alcohol to ensure that particles of one sample do not interact with another’s,” he explains.

The importance of silage analysis

According to Richardt, farmers cannot optimally utilise silage for animal feed if they don’t have knowledge of their silage’s nutritional properties. “Nowadays we have such a large variety of crops that can be used to make silage. In order to truly know that you are adding real value to your animal feed, you have to analyse your silage, gage the quality thereof and establish the protein, fibre and starch levels of each silage type. In doing this, your animal nutritionist will have the necessary information that he or she needs to formulate optimal feed rations for each animal on your farm which will boost profitability and overall animal production,” he explains.

“In addition, the face of the silage bunker has also been exposed to oxygen which means you will have to drill deeper into the silage if you want to get a truly representative and accurate sample, which makes it even more dangerous,” he adds.

Testing the DM and moisture content of your own silage

If you would like to analyse your own silage but you didn’t enter the 2020 Santam Agriculture National Silage Competition, you can always do so next year. Meanwhile you can test the DM and moisture levels of your own silage using a microwave oven.

The moisture content present in the silage gets removed when that sample gets heated consecutively in a microwave – what remains is the dry matter. In order to do the test, you need to collect two samples of wet silage and ensure that each sample ideally weighs 200g. You can then take turns heating both samples in a microwave oven for three-minute intervals. Be sure to weigh the samples after each heating session.

Once the samples have reached and remain at a certain weight after heating sessions, you can then use that end weight measurement to calculate the DM percentage. Divide the final weight by the initial weight and multiply the amount by 100. Remember to always put a cup of water in the microwave oven when heating the silage so as to protect the microwave from overheating.

The Santam Agriculture National Silage Competition officially kicked off on 1 January 2020, when entries opened for both winter and summer grains. The 2020 competition is the seventh of its kind and is also the flagship project in the Plaas Media stable of media platforms and competitions.

Keep an eye on our social media for progress regarding the sampling process and the announcement of the finalists and winners later this year. – Claudi Nortjé, AgriOrbit 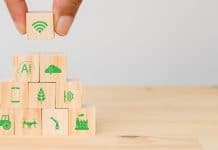 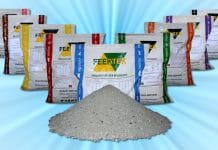 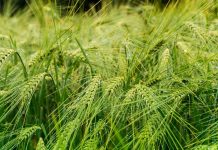