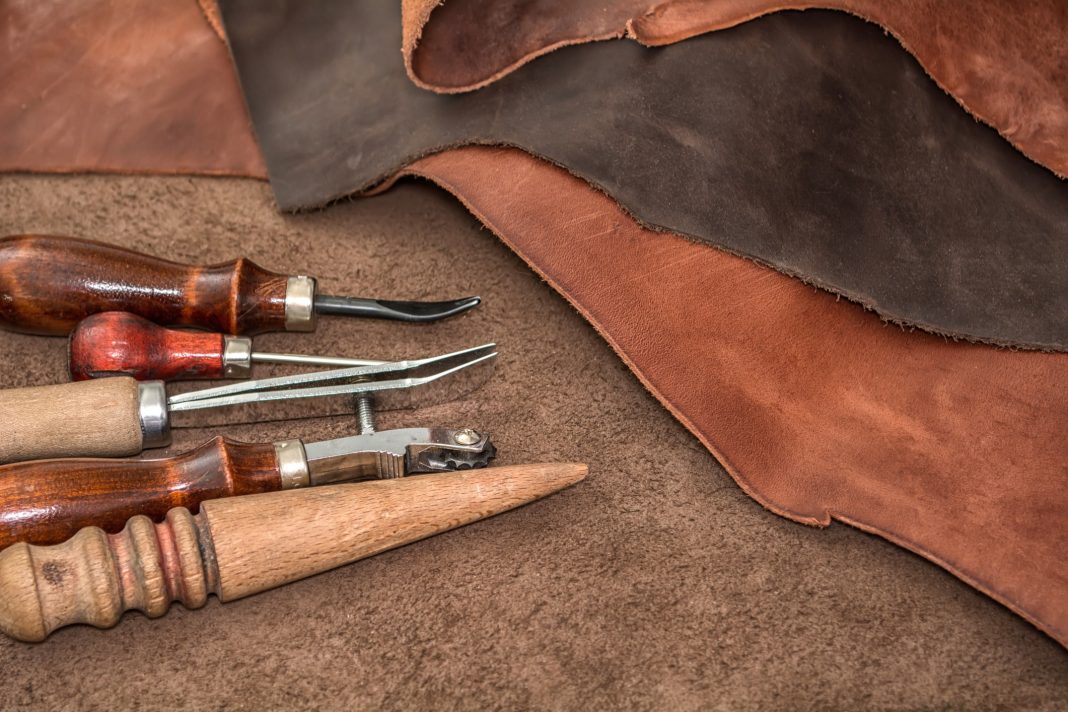 South Africa’s leather industry has come a long way from mainly supplying leather boots during the world wars in the early to mid-20th century. Since the British and Dutch colonies brought this industry to South African shores, the local leather and footwear value chain has diversified into multiple subsectors.

However, market conditions are not always favourable, especially since the outbreak of foot-and-mouth disease (FMD) earlier this year in Limpopo.

The South African leather industry comprises the domestic market, export market and the subsectors of footwear, leather goods, handbags and luggage, crocodile leather, ostrich leather and taxidermy. With unfavourable market conditions currently setting in on a local and global scale, the country’s leather industry is continually faced with various challenges.

In 2009 the Clothing and Textiles Competitiveness Programme (CTCP) was introduced in the footwear, leather, clothing and textile sectors to combat growing pressures created by inexpensive and illegal leather-related imports. Since then, support provided by the CTCP has helped the South African leather industry to grow by 13,39% from 2010 to 2013. The leather and footwear export sector also grew by 167% between 2010 and 2016, increasing from R1,98 billion to R5,29 billion.

However, other industry threats still loom. Hide wastage, stemming from informal slaughter practices throughout the communal cattle farming landscape and South Africa’s loss in the automotive leather market share to countries such as India, Eastern Europe and Brazil, are hindering industry growth.

Challenges in the footwear industry, both locally and globally, include the increased use of synthetic leather coupled with automated manufacturing lines. Other problems include the slow development of entrepreneurial activity throughout the South African leather industry.

However, the South African Department of Trade and Industry (dti) is establishing centres of footwear and leather goods entrepreneurship to ensure that demand for hides and skins is driven from within the South African economy.

When it comes to bovines, the amount of recovered hide depends on the meat production of feedlots. Goatskin supply is low and sheepskin is mainly produced with the export market in mind.

Ostrich leather is used for shoes, clothes and handbags. Smaller amounts of leather are sourced from wild animals such as elephants, crocodiles, buffalo and snakes and are considered exotic, which usually guarantees a higher selling price.

According to a study of potential product development for commercialisation and value-adding to beef products published by the Industrial Development Corporation, cattle is South Africa’s leading leather supplier, with feedlots preferring breeds such as Angus, Sussex, Hereford and the Bonsmara. However, weaners are also produced from breeds such as the Nguni and Afrikaner. Most of the hides come from locations in the country that have large abattoirs such as Mpumalanga, the Free State, KwaZulu-Natal and Gauteng.

The grading of skin and hides has a major influence on the price that farmers receive. The status of the abattoir where the animals are slaughtered, also plays a vital role in determining the price of skins and hides. Gold status abattoirs are approved, registered institutions that perform ante- and post-mortem examinations on animals that do not originate from controlled FMD areas. These hides and skins can be sold anywhere on the global market, making the pricing much more competitive.

The raw skin, hide, and leather industry mainly exports products to Japan, Turkey, China, Italy, Hong Kong, Germany and the Republic of Korea. The largest markets for products exported from South Africa is Asia and Europe. Over the last decade, South Africa exported an average of 1 590 tons of raw skins and hides.

In 2009 there was an increase in hide and skin exports to Asia. However, this increase peaked in 2010 with an export quantity of approximately 2 651 tons. When comparing export volumes of raw hides and skins from South Africa to Asia in 2015, it increased by 7,3% compared to 2014. However, in 2016, export volumes of raw hides and skins exported from South Africa to Eastern Asia fell by 65% when compared to the previous year.

The automotive industry places a significant demand on the number of cattle slaughtered in South Africa. Since only 60 to 70% of locally produced hides are suitable for automotive upholstery, South Africa imports high-quality wet blue leather from India, Brazil and Argentina. Africa, Europe and America also export raw hides to South Africa with most of the prepared leather being imported from Asia and America.

Most skins and hides are sent for further processing with only a handful being exported right away. Skins that have been semi-processed and considered wet blue skins can also be exported. However, low-quality wet blues are often sold to footwear or general goods tanners with most high-quality skins travelling to automotive tanners.

Luxury car manufacturers in Japan and Germany get most of the attention when it comes to South Africa’s export-focused automotive industry. In contrast, the footwear and general goods sectors are continually being invaded by inexpensive imports from China.

According to the national treasury’s Draft Guidelines on Export Taxes, the dti is looking to ban the exporting of raw hides and increase export duties on the semi-finished wet blue skins to build downstream leather industries.

The footwear manufacturing industry has grown at an average rate of 10% a year. In 2015, 14 companies produced 50% of the local output, which grew to approximately R5,5 billion in 2016. However, an estimated 73% of leather footwear goods are still being imported despite an increase in local shoe manufacturing. Up to 90% of all footwear imported into South Africa is sourced from China.

According to David Bezuidenhout, an industrial value chain economist, sales relating to the export of sewn car seat sets have seen a significant decline from 2005 to 2014.

With exports from globally competitive suppliers steadily replacing locally made leather seats, South Africa has lost export contracts over the past few years. Market share in leather seat sets are lost to countries such as India, Brazil and Eastern Europe.

The global synthetic leather market is projected to expand at a 7,4% compound annual growth rate primarily because of an increase in demand for synthetic material that has a cost-effective production process. According to a report by Grand View Research, the global synthetic leather market will be worth $85 billion within the coming decade. It replaces leather in the production of clothing, handbags, furniture and briefcases in the application sector.

Brazil, Thailand, China, Vietnam and India are projected to fuel product demand and are expected to be the most prominent role players in the growth of the synthetic leather industry. Reports in 2017 show that footwear has taken up most of the application segment when it comes to synthetic leather, with the automotive and furnishings sector coming in second and third.

Seeing as the majority of the South African leather and hide industry depends on products being sold overseas, any ban on goods can have a detrimental effect on the market.

With China being the biggest importer of South African wool and other leather products, any ban on exports has a significant effect on the local leather industry. Since the outbreak of foot-and-mouth disease in Limpopo in January, the Department of Environment, Forestry and Fisheries and associations such as AgriSA have worked tirelessly to lift the ban on wool exports to China.

According to Chinese ambassador to South Africa, Lin Songtian, the export ban on wool and animal skins was lifted in March this year and the ban on beef exports was lifted in July. – Claudi Nortjé, Plaas Media

Hustle and bustle at the Joburg Market