Home Agri News Agri giants weigh in on the 2019 SONA 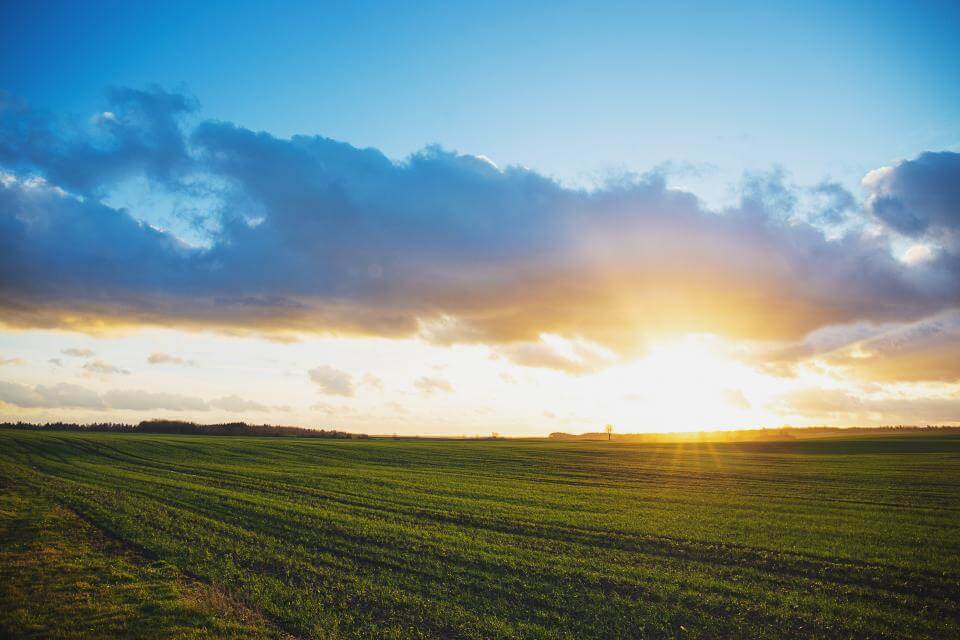 On 20 June 2019, president Cyril Ramaphosa delivered the State of the Nation Address of the 6th Parliament, during which he addressed South Africa’s needs and laid out government plans put in place to rebuild the country. Focal areas of his address centred around topics such as economic transformation, job creation, education, safety and reliable basic services.

Agbiz reacts on the SONA

Agbiz is a dynamic association of agribusinesses in South Africa. The organisation stated in a press release that it was refreshing to hear president Ramaphosa recommit to placing South Africa’s economic growth at the forefront of the sixth administration’s agenda.

A spokesperson for the organisation added that they were also pleased to hear the president’s re-emphasis on the need to implement the National Development Plan (NDP) and the country’s commitment to Vision 2030. The latter allows the agricultural value chain to play a crucial role in the growth and stability of rural economies.

Implementation of chapter six of the NDP

Agbiz has long supported and argued for the implementation of chapter six of the NDP over the past few years, as it is the roadmap to inclusive growth in the sector and will address the triple challenges of poverty, unemployment and inequality.

“We are encouraged by the president’s pragmatism regarding contemporary issues facing the agricultural sector, such as climate change mitigation and adaptation, water infrastructure and increasing the pace of technology adoption across the globe. These factors could affect the growth and competitiveness of the South African agricultural sector in the global markets,” they added.

While an increasing focus on the aforementioned issues is encouraged, a lack of clarity regarding the land reform policy framework remains a concern to South African agribusinesses.

“We note the progress made regarding the report of the presidential advisory panel on agriculture and land reform, and look forward to engaging with its content and focus once it is made public. We will continue to engage with government in various fora on crafting a sustainable solution to land reform in South Africa that is based on the principle of public-private and community partnerships as envisioned in chapter six of the NDP.”

The press release goes on to point out that for the agricultural sector to thrive, South Africa not only needs to boost production, but also increase access to the export market. Agbiz said that it was pleased that the president has acknowledged the importance of export-led growth in the sector.

“While we like the tone of the president’s speech, we remain cautiously optimistic as the challenges facing South Africa today will require a greater commitment to action than ever before. The focus must now be on the how, so providing detailed content to the broad policy direction and implementation will be key. Agbiz will continue to engage with various ministries and SOEs over the coming months,” the statement concluded.

Another major agricultural role-player, Agri SA, is optimistic about SONA, but sees this as the last opportunity for government to capitalise on the remaining public trust and deliver on its promises. The steps announced to prevent further free-fall, requires real and bold action. As a result, the government needs to ensure that it can deliver on the proposed economic interventions and cooperate with the private sector.

Omri van Zyl, executive director of Agri SA, says that SONA contained some great ideas, but that actual implementation is required to turn around the economy. “Sometimes it’s more about what is not said; it is significant that expropriation without compensation (EWC) was not mentioned. Of course, we cannot be complacent about the threat of EWC, but clearly the activities of civil society and Agri SA has made for greater understanding. We will continue to advocate our position with international trade and investment partners,” added van Zyl.

The private sector is capable and ready to assist president Ramaphosa in realising the NDP’s development goals. It is critical that NDP is aligned with the challenges and opportunities of the fourth industrial revolution and Agri SA is poised to drive this imperative.

How agriculture can add value to the economy

Agri SA has identified three areas in which agriculture can add significant value to the economy:

Christo van der Rheede, deputy executive director of Agri SA, says that they will continue to propose pragmatic solutions to the burning question of land reform. “These solutions include elements such as the establishment of a cohort of new commercial farmers, the development of commercial agriculture in communal areas and the development of the green energy sector,” explained Van der Rheede.

Agri SA will continue to engage with president Ramaphosa and cabinet members on these important issues as they promote the development, profitability, stability and sustainability of agriculture in the interest of farmers, farmworkers, the farming community of South African.

The African Farmers Association of South Africa (AFASA) welcomed the commitments made by president Cyril Ramaphosa during the SONA. “Agriculture once again remains at the centre of government’s plan to grow the economy, fight poverty, unemployment, and inequality,” the organisation stated in a press release.

Although AFASA feels that the SONA fell short on detail, the association expressed its appreciation for the president’s acknowledgment of slow economic growth and progress in implementation, particularly with regards to the NDP. Hence, said AFASA, it welcomes the president’s recognition of the need for extraordinary measures. Bold and ambitious actions to develop and support black farmers to be significant players, and thus become catalysts in achieving the NDP goals, should be prioritised. AFASA believes that radical transformation of the industry cannot be overemphasized.

AFASA said that it is encouraged by the president’s realistic overview of the South African economic woes and his recommitment to, among other things, fix Eskom, invest in infrastructure development, develop new markets through the African Continental Free Trade and reduce the reliance on agricultural imports. This essentially means supporting local production which will, in turn, broaden participation of black farmers.

AFASA also welcomed the stimulus package and the allocation of the R3,9 billion set aside specifically for black farmers. However, the association called for the accelerated conclusion of the National Policy on Comprehensive Producer Development Support which should clarify the issue of funding black farmers. Although they would have loved to hear more regarding the report from the presidential advisory panel on land reform and agriculture, AFASA said that it appreciates that processes need to be followed.

The organisation also reiterated its stance on the issue that land should be expropriated without compensation for equal redistribution for those who want to work it.

Implementation of targets set out in the SONA

AFASA also stated that it welcomes the Public-Private Growth Initiative. However, as farmers, particularly black farmers, they would like to caution the presidency and government that they will not accept work or plans done for farmers without farmers.

The organisation will continue to work through the Agricultural Sector Unity Forum (ASUF), which has already worked on the long-term agricultural sector plan which is soon to be finalised. Good progress is being made by ASUF with regards to this five to ten year plan which contains clear key performance indicators.

AFASA expressed its hope to hear more detailed plans in the upcoming budget speech of the minister of finance, followed by ministers in the economic cluster. “We believe that the time for talk is long gone. We call for bold action and commitment to drive economic growth and transformation, defeat poverty, unemployment, and inequality,” said Neo Masithela, AFASA national chairperson. – Claudi Nortjé, Plaas Media