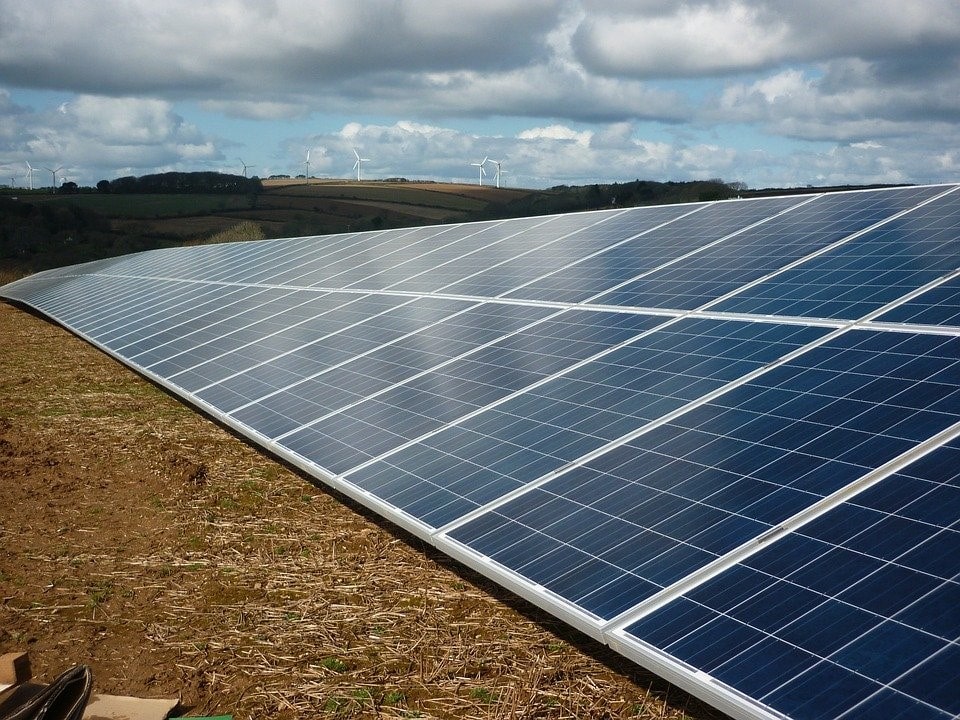 With commercial solar energy becoming increasingly affordable as the cost of photovoltaic (PV) systems continue to decline, agricultural operations in South Africa may have a lot to offer the national grid in future. This, however, depends on the government making the necessary changes to allow for greater levels of private energy generation.

This is according to Manie de Waal, CEO of Energy Partners Solar, who says that there is a significant opportunity for large farming operations to significantly reduce their energy spend and further ease strain on the national electricity grid.

According to Manie, electricity tariffs constitute a significant portion of the operational costs of any business. “Agricultural and food production operations such as dairies, abattoirs, cold storage facilities and a multitude of other producers are no exception. South Africa’s economic growth is still very weak, with Moody’s predicting that the country’s economic growth in 2020 may only be about 1%. Cutting operational costs is vital to growing the sector. Add to this the fact that power outages are still commonplace in South Africa, and the production days lost due to load shedding are also responsible for significant monetary losses in this sector at present.

“This is why small-scale embedded generation is becoming more and more essential to commercial operations. Utilising renewable solutions such as PV generation, operations can reduce their annual spend on electricity significantly.”

The practice of wheeling

“Many large agricultural operations are spread across multiple farms in different areas, each with its own energy requirements. While embedded generation in the form of solar energy will reduce the energy spend of the business, it may not be practical to install smaller PV systems on each site. This is where the practice of wheeling could make a massive difference.”

As Manie explains, wheeling is a system whereby renewable energy facilities pay a fee to use the national grid to transport the electricity from the production site to the end-user.

“In essence, it would enable an agricultural business to produce solar energy on one of its sites to feed into the national grid, enabling its other sites to draw an equivalent amount of energy from the grid at a significantly reduced cost. It would also enable a farm to sell energy to its neighbours.”

According to Manie, the challenge here is that South Africa’s energy regulations do not yet enable businesses to do this. “First and foremost, it would require the farm to have a generation licence. While energy producers are free to apply for them, Nersa is simply not approving applications at this time. There is also the fact that Eskom still needs to introduce policies to enable this practice.”

That said, he holds hope that wheeling will be introduced in the near future. “Treasury has been pushing the state utility to allow privately owned, small-scale embedded renewable energy operations to contribute to the national grid through wheeling for some time now.

“Given the comments made by both the minister of finance and the minister of public enterprises in October about Eskom’s dire financial state, it is likely that the political will to introduce sensible interventions such as wheeling, is on the rise.”

Added to this, the City of Cape Town and Drakensberg municipalities have already put provisional wheeling tariffs in place in anticipation of it becoming a possibility down the line. “Some large commercial entities, including a few of our own clients, have also been putting strategies in place to spread their own renewable energy generation across multiple sites. We believe that it is simply a matter of time before farms with embedded PV systems will be able to benefit from this practice.”

In light of this, De Waal says that all agricultural businesses should at least consider what an investment in small-to-medium-size PV generation systems could mean for their operation. “Given the amount of open space they have, farms are ideal for generating renewable energy to feed into the grid. I would advise any agribusiness to consult with a capable service provider who can provide renewable energy to the existing operation, and who can advise on the best ways to scale up one’s power production if and when wheeling comes into practice in South Africa,” he adds.

The minister of energy has the authority to compel NERSA to either approve generation licenses without delay, or to increase the threshold placed upon small-scale embedded generation. De Waal also believe that this would very much be in line with the recently published integrated resource plan and government’s call to private energy producers to offer better prices and energy solutions to help mitigate Eskom’s current challenges.

Power outages are also still commonplace in South Africa, and the production days lost due to load shedding are also responsible for significant monetary losses in this sector at present.

Entering into power purchase agreements (PPAs) with capable service providers who can operate and maintain embedded power generation infrastructure such as that which is used to harvest solar energy on-site is by far the most viable means of staying within the one-megawatt threshold, but still maximising the potential savings.

Embedded generation projects require approval from Eskom and local municipalities. As a result, many companies’ renewable projects are being delayed. In addition, the installation of generation capacity is a process that needs to be closely managed by an experienced service provider.

PPAs overcome these challenges by removing the responsibilities associated with owning the infrastructure from the business. The task of gaining approval from Eskom and local municipalities, as well as registering large renewable projects, is taken on by expert service providers with extensive experience. It is in the service provider’s interest to gain all necessary approvals, including structural approval for roofs from a professional structural engineer, as the service provider will ultimately be responsible for investing capital into the project.

Renewable generation assets also need to be actively monitored and maintained to ensure maximum efficiency at all times. In the case of a PPA, the client does not take responsibility for any of these aspects, as the service provider has put its own capital at risk and is well-incentivised to generate the optimal return for all parties concerned.

Manie says that partnering with a specialist through a PPA allows businesses to explore solutions that could better serve their operations. “One of the great advantages of a private service provider is the fact that it can deliver solutions that are specific to the business requirements. For instance, if the business uses more energy during certain hours of the day, the service provider may be able to engineer a specific solution to ensure greater efficiency.”

PPAs offer companies an efficient way to track energy consumption and report on their carbon footprint in line with the government’s requirements. An experienced service provider can offer real-time monitoring as well as monthly and annual reports that comply with all of the relevant reporting standards. – Claudi Nortjé, Plaas Media

8 Modern swine innovations in the Netherlands