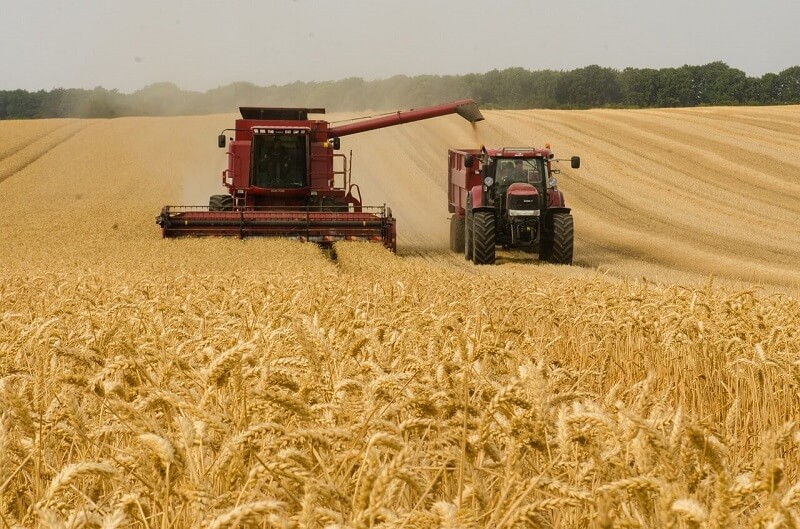 The Economic Transformation Committee of the African National Congress (ANC) and Business for South Africa (B4SA) each released their discussion documents about the post-COVID-19 inclusive economy for South Africa. Under the priority sectors for growth and job creation, agriculture features prominently in both documents.

On a positive note, both the ANC’s and B4SA’s agricultural development views are based on Chapter 6 of the National Development Plan (NDP). This chapter highlights the need to expand irrigated agricultural land by one-third (by 2030), expand commercial agricultural production, prioritise subsectors and regions that have high potential and are labour intensive. There is also a focus on the need for increased transformation in agriculture and its value chain.

Both plans recognise that poor infrastructure in the former homeland regions of South Africa and general logistics to move produce to the ports and processing plants need urgent attention. Another point of commonality that arises from the economic recovery documents of B4SA and the ANC is the need to improve agricultural finance through stabilising the Land Bank.

A lack of implementation

These documents do not recognise that the aforementioned agricultural ideas have been touted since 2012 and accompanied by limited implementation success over the past couple of years.

This does not suggest that there is a need for change in the framing of agricultural development. We certainly agree that there is no need for such. The focus should be on understanding why the implementation has lagged over the past couple of years and what will make things different this time around.

In our view, the lack of implementation of agricultural government policy and infrastructure-related constraints are attributed to three things. Firstly, government’s capacity to execute its programmes is limited, and functions and priorities have been misaligned between the three spheres of government. Secondly, the national and provincial governments misallocate the budget. Thirdly, transformation programmes have been co-ordinated and aligned poorly, and incentives, and visions in some cases, have generally been misaligned between the government and private sector.

Government is tasked with solving these challenges through its various sector master plans to continue working with the private sector and civil society.

Crucial partnerships between the private sector and government

As we stressed in our note last month, agricultural growth and job creation will be possible through:

The ANC also notes that “the state should mobilise development partners, including the World Bank, the African Development Bank, the private sector and impact funders to contribute towards developing a thriving rural economy that is centred on agriculture.” We concur with this view. There is evidence that partnerships between the private sector and government have, in some cases, piloted successful programmes to drive transformation.

Some of these, which we have previously highlighted, include projects of the Sernick Group, Humansdorp Co-op and the Mohair Trust, among others. The following three common themes run throughout these programmes:

For agricultural production, the selection of the value chains to prioritise should follow the NDP’s view of higher growth and labour-intensive value chains, such as horticulture. In regions where this is not possible, livestock and field crops remain key subsectors for agriculture expansion.

The debate on land reform

The one important point of deviation between the ANC and B4SA is land reform, which is crucial to realise the aforementioned vision of agricultural expansion fully. On this point, B4SA argued for strengthened property rights and the extension of secure tenure or tradable leases in government land to attract investment, which eventually leads to growth.

Meanwhile, the ANC argues that the state should release land to individuals. Still, it is not clear whether on tradable leases or another form of tenure rights will be afforded to the holders and occupiers of these land parcels.

Moreover, the ANC argued that “to acquire land for redistribution, the programme to expropriate land in line with the existing legal and constitutional prescripts should be continued. To further accelerate land redistribution, consideration should also be given to the taxation of unused land.” B4SA did not share this view.

Overall, the ANC and B4SA agricultural development plans have more in common than they have differences. The broader land reform question needs urgent attention, as does water (infrastructure and policy), since this will hold the key to development in the areas that have the potential to deliver the envisaged jobs.

Given the current fiscal constraints, the private sector will drive development in the sector, as acknowledged by both the ANC and B4SA. However, private sector involvement will require clear policy guidance on land reform. Increased investment will need assurance on property rights. The release of the land the ANC argued for will need to take the form of long-term tradable leases so that investment could flow, particularly in areas with better infrastructure. – Wandile Sihlobo, Agbiz