At the beginning of the year, there was an optimistic view that South Africa’s maize prices (and to an extent soya bean and sunflower seed) could begin to drop from around the end of February. This is the time when more information about the expected sizeable domestic harvest will become available.

A decline in commodity prices would be beneficial to the livestock and poultry industries, which have had to battle with higher feed prices over the past couple of months. The prospect of large crop yields was a South African story.

We believed that the demand for local maize exports to Southern Africa would also soften in the 2021/22 marketing year, thereby easing some pressure on domestic prices. The Zimbabwean government estimated the country’s 2020/21 maize plantings at 1,4 million hectares, which is roughly in line with the ten-year average area for the country.

Still, the excellent weather conditions at the start of the 2020/21 season contributed to the optimism for a possible good harvest in the country. A potential increase in domestic production would be a positive gain for Zimbabwe, which produced only 908 000 million tons in the 2019/20 season, making the country a nett importer of roughly a million tons of maize to meet its domestic needs.

SA a major supplier to Zimbabwe

Thus far, South Africa has been one of the significant maize suppliers to Zimbabwe. This added demand contributed to the higher South African maize prices. On 21 January 2021, South Africa’s white and yellow maize spot prices traded at R3 436/ton and R3 472/ton, up by 14% and 20% year on year, respectively.

Optimism about the 2020/21 production season was a significant aspect of the view that prices could soften from these levels. Leaning on the historical data and weather outlook, it is estimated that South Africa’s 2020/21 maize harvest will come in at 16,5 million tons (compared with 15,4 million tons in 2019/20 production season).

This estimate assumes that a yield of 6tons/ha will be achieved on an area of 2,75 million hectares as estimated by the Crop Estimates Committee.

The expected production is measured against an annual maize consumption of roughly 11,4 million tons, which means that South Africa will likely remain a nett exporter of maize in 2021/22 marketing year (this corresponds with the 2020/21 production season).

Zimbabwe, Mozambique, the Kingdom of eSwatini, and Namibia, among other Southern African maize importers all started the 2020/21 production season on a positive footing with prospects of a slightly larger harvest. But the events of the past few days present risks to this outlook.

The scale of the impact of such expected rain is yet to unfold. Mozambique is one of the few Southern African countries that always fall victim to natural disasters – either drought or floods – at least once every three years.

The current tropical cyclone Eloise has hit Mozambique not long after cyclone Idai in March 2019, which devastated more than 700 000ha of agricultural land and the infrastructure at the Port of Beira.

In 2019/20, Mozambique’s farming community started rebuilding, with maize production rising to 2,13 million tons, the third-largest harvest on record, according to data from the United States Department of Agriculture (USDA).

The current season of 2020/21 was set to be one of the best agricultural seasons across Southern Africa. This is attributed to good rainfall at the beginning of the season, which coincided with planting during October 2020.

While we are still trying to understand the full scale of Eloise’s devastation, an early assessment by Mozambique’s National Institute for Disaster Management and Risk Reduction suggests that “since the start of the heavy rain in mid-January, more than 21 500 people have been affected, and more than 3 900ha of farmland have been impacted”.

This insight suggests the country could again find itself in a food crisis, even if not at the same scale as in 2019 following the devastation of cyclone Idai. During the food crisis, the necessities were staple foods or grains.

Mozambique is generally a nett importer of major staples such as maize, wheat, and rice. According to data from the USDA, average imports in a regular season constitute 139 000 tons of maize, 632 000 tons of rice, and 729 000 tons of wheat to fulfil the country’s domestic needs. Maize imports are primarily transported on land as these are mainly from South Africa and Zambia.

Meanwhile, wheat and rice imports from Europe and Asia enter through Beira Port, which is situated in the area affected by Eloise. In Zimbabwe, eSwatini, Botswana, and Malawi, we are unsure of the scale of damage the expected heavy rain will potentially cause to crops.

Nevertheless, we are beginning to see increased risk on the optimistic view of agricultural production in Southern Africa in the 2020/21 production season that was expressed earlier because of Eloise. However, the outlook for South Africa remains optimistic, and it is expected that the agricultural sector, primarily staple grains, will be mostly unaffected

The South African Weather Service indicates possible destructive winds, mainly in the eastern regions of KwaZulu-Natal, Mpumalanga, and Limpopo. The horticultural fields in these areas, however, could be affected. Under a scenario of minimal damage in South Africa’s grain-producing regions, the Southern Africa region will have sufficient supplies from the country and Zambia.

To close with a word of caution, some of the points we have expressed here are based on incomplete information about the scale of Eloise’s impact, which we are currently observing. Estimates might be revisited as more information becomes available. – Wandile Sihlobo, chief economist, Agbiz 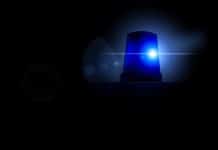