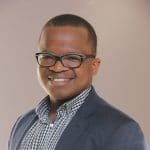 With that being said, we maintain our view that it would be ideal if farmers in areas with better soil moisture could begin the planting as soon as possible so that the pollination period occurs early next year when there is still a good chance for higher rainfall.

If the planting activity starts late, the pollination process of the crop could coincide with the expected drier weather conditions between the end of January 2019 and March 2019. This could result in poor yields in some areas, depending on the soil moisture levels.

Apart from the aforementioned weather developments, there is a bit of despondency in the sunflower seed market, as the recent data from the Crop Estimates Committee suggests that the 2018/2019 sunflower seed planting could decline by 4% from the previous season to 575 000 hectares, which is slightly below the long-term average area of 576 490 hectares. Be that as it may, it is worth highlighting that these are intentions, not the actual plantings. We will get a much clearer view when the committee releases its preliminary area estimate on 29 January 2019.

On the global front, yesterday (6 November 2018) the European Union’s (EU’s) sunflower seed price was down by 1,37% from the previous day (5 November 2018), closing at US$360 per ton. This was partly underpinned by negative spillover from lower palm oil prices. The expectations of a fairly large global harvest of 51 million tons, up by 4% from the previous day, also added a bearish sentiment to the market. The key contributing countries to the expected large harvest are Ukraine, Russia, Argentina, China and Hungary. –Wandile Sihlobo