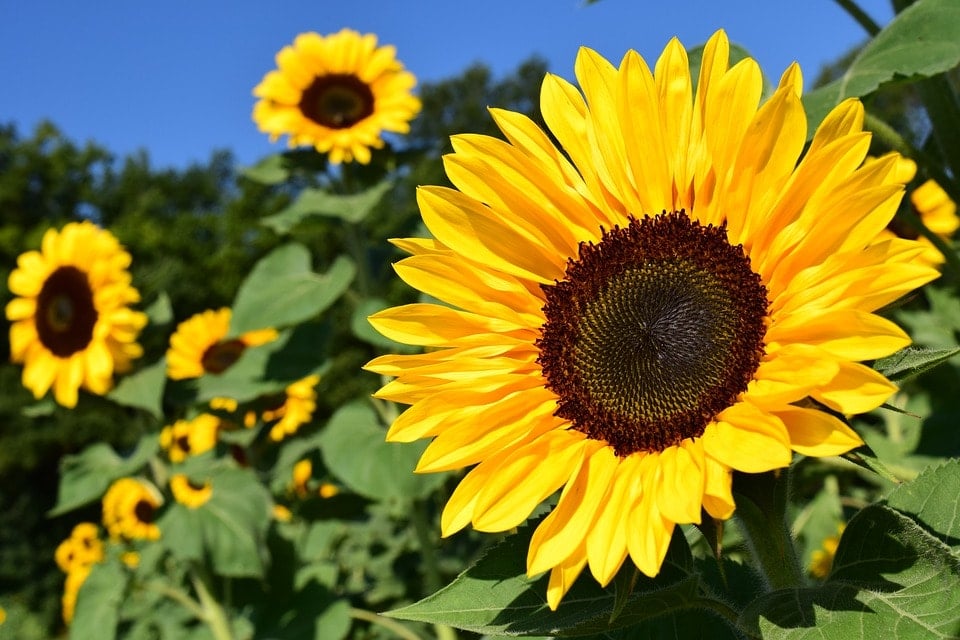 South Africa’s Crop Estimates Committee (CEC) releases its first estimate of the country’s 2019/20 summer crop harvest on 26 February 2020. Market expectations are largely positive because of two factors. First, the area planted for major summer crops such as maize, soya beans and sunflower seeds is up 10% year-on-year (y/y), 4% y/y and 7% y/y, respectively. Second, although summer rains were delayed, which subsequently led to a share of plantings occurring outside the optimal window in some regions of the country, weather conditions have improved notably since the beginning of January 2020. And as a result, crops are in good shape in most regions of the country with anticipation of higher yields.

On 27 January 2020, we tentatively placed our forecast for South Africa’s 2019/20 maize harvest at 12,5 million tons. We have now lifted this to 13,72 million tons, which is 22% higher than the 2018/19 season’s harvest. This is underpinned by an upward revision of yield estimate to 5,4tons/ha, from our earlier assumption of 5tons/ha in an area of 2,54 million hectares.

If such a harvest materialises, South Africa would remain a net exporter of maize in the 2020/21 marketing year, which starts in May 2020 (this corresponds with 2019/20 production season). This is at a time where Southern African maize import needs could outpace the previous year, with Zimbabwe in need of maize supplies to an extent that the country lifted a ban on importation of genetically modified maize, which eases access for South African maize exporters.

Other typical maize export markets for South Africa outside the African continent, include Japan, Taiwan, Vietnam and South Korea. While these particular countries have not featured prominently in the 2019/20 marketing year exports, which were largely dominated by African countries, we anticipate that they could return in the 2020/21 marketing year. We think the potentially increased supplies could possibly lead to attractive or competitive prices in the coming months, which should be a catalyst for increased exports to countries outside the continent.

Moreover, we estimate that South Africa’s soya beans and sunflower seed 2019/20 season harvest could lift by 26% and 12% from the previous season to 1,48 million tons and 761 070 tons, respectively. This too is underpinned by an expansion in area plantings and anticipation of higher yields. Our soya bean yield estimate is 1,95tons/ha, with sunflower seed yield estimate at 1,38tons/ha. All these are within the historic range of seasons of good rainfall. Unlike maize, however, South Africa could remain a net importer of soya bean products, specifically oil cake, and a net importer of sunflower oil, irrespective of the potential improvement in the harvest. This is largely caused by the growing domestic demand for these particular oilseed products.

Also, out on 26 February 2020 is the seventh estimate of South Africa’s 2019/20 winter crops production. With the crop having been harvested already by the end of January, which was when the CEC released its previous estimate, we don’t foresee adjustments in this month’s update. The CEC currently forecasts 2019/20 wheat, barley and canola production at 1,5 million tons, 345 080 tons and 96 200 tons, which is respectively down by 20%, 10% and 8% from last season (see Exhibit 2). This is partly caused by expectations of poor yields in some regions of the country following drier weather conditions towards the end of 2019, specifically in most regions of the Western Cape.

To zoom in on a major winter crops, the downward revision is mainly on the back of a poor harvest in parts of the Free State, Limpopo, Northern Cape and Western Cape. This is because of lower yields on the back of unfavourable dry weather conditions over the past few months, not the decline in area plantings. The area planted to wheat in 2019/20 production season is 7% higher than the previous season, at 540 000 hectares.

This will result in an increase in wheat imports within the 2019/20 marketing year in order to supplement the domestic consumption needs. We think South Africa’s 2019/20 wheat imports could increase by 33% y/y to 1,8 million tons. Fortunately, there are large supplies in the global market. The United States Department of Agriculture (USDA) forecasts the 2019/20 global wheat harvest at 764 million tons, up by 4% y/y. This has also kept global prices at softer levels, which should be beneficial to importing nations such as South Africa. – Wandile Sihlobo, Agbiz

Tractor sales increase by 21% in July