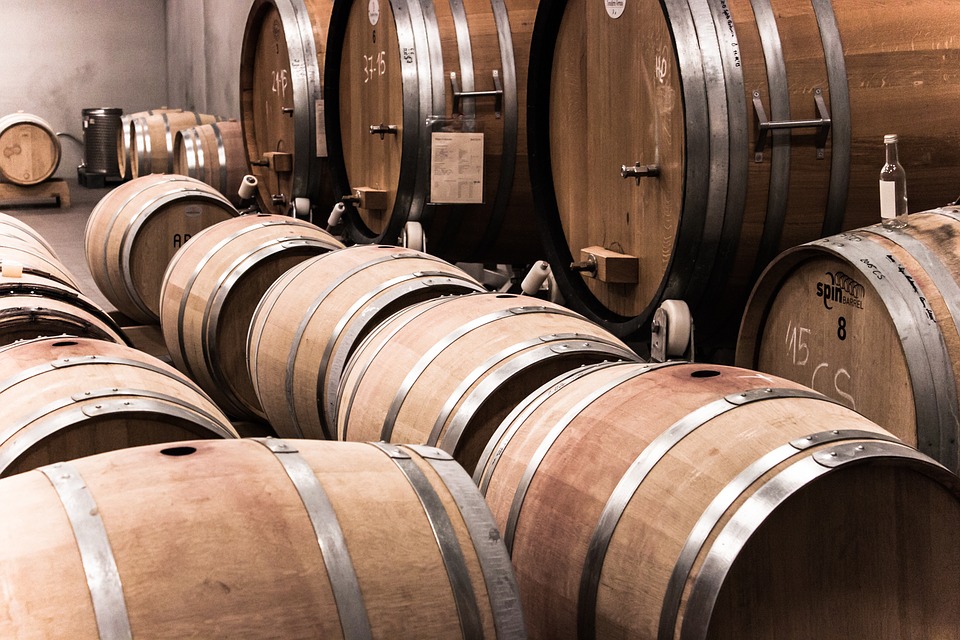 Wine is produced through the fermentation of grapes or fruit, and has a long and rich history dating back thousands of years. Vinification (the art of winemaking) starts with the selection of appropriate grapes or other ingredients, culminating in the bottling of the finished wine. Most wines are made with grapes as the primary ingredient, but fruit, plant material and other ingredients may also be used – an example being mead, which is a style of wine made with honey as the primary ingredient after water.

The process of making red wine differs from that of making white wine, in that red wine is produced from the must or pulp of red or black grapes. A further difference is that during red wine production, the must is fermented together with the grape skins to give the wine its colour.

By contrast, white wine is produced through fermentation of the grape juice that is obtained by crushing the grapes to extract the juice, and the skins play no further part in the process. White wine can also be produced from red grapes, in fact, by extracting the juice and ensuring minimal contact with the grape skins. Another variation in wine, rosé wines, are produced from red grapes where the grape juice is allowed to stay in contact with the dark grape skins only long enough to obtain a pinkish colour, or by blending red with white wine.

Fruit wine is an alcoholic beverage produced through the fermentation of a variety of base ingredients other than grapes, and may also have additional flavours obtained from fruits, flowers and herbs. Certain types of fruit used in the production of fruit wines have a natural acid content too high for the making of a savoury and pleasant wine when it is undiluted. Strawberries, cherries, pineapples and raspberries are especially subject to this problem. Fruit wine is generally popular with home winemakers. Since it does not improve with bottle age, it is meant to be consumed within a year of bottling.

Base ingredients for fermentation include:

Wine is an alcoholic beverage produced through the fermentation of grapes. Fine wines are also considered a collector’s item, with investments in outstanding vintages from the finest vineyards fetching thousands of dollars per bottle. The wines, termed ‘investment wines’ are considered as Veblen goods – goods for which demand increases rather than decreases with a rise in prices.

The characteristics of investment wines include:

Sparkling wine is a type of wine with high levels of carbon dioxide (CO2) which may be obtained through a number of processes:

Sparkling wine is usually white or rosé, with a sweetness that ranges from very dry brut to the sweeter doux varieties.

Port is a type of Portuguese fortified wine that is produced in several styles:

Marsala is a style of fortified wine produced in the region surrounding the Italian city of Marsala in Sicily. Marsala is similar to port, Madeira and sherry, and was originally fortified with alcohol to ensure that it would survive during long ocean voyages. Traditionally, this type of wine is served as an aperitif between the first and second courses of a meal. It may also be served chilled with Parmesan, Gorgonzola, Roquefort and other spicy cheeses, as well as with fruits or pastries and as a dessert wine when served at room temperature.

Furthermore, it is frequently used in cooking and is especially prevalent in Italian dishes. Marsala wine is produced from, among others, Grillo, Inzolia and Catarratto white grape varieties, although red grape Marsala wine is also produced. This style of wine contains between 15 and 20% alcohol by volume, and is classified according to three levels of sweetness as well as colour and aging.

Sherry is a style of fortified wine made from white grapes and is produced in a range of dry styles. It is produced mainly from the Palomino grape grown near the town of Jerez de la Frontera in Andalusia, Spain. These styles range from light versions, which are similar to white table wines, such as Manzanilla and Fino, to darker and heavier styles such as Amontillado and Oloroso, which have been allowed to oxidise as they are barrel-aged. In the production of sherry, wines from different years are aged and then blended using the solera system before the sherry is bottled. For this reason, bottles of sherry do not generally carry a specific vintage year and may contain a small portion of very old wine.

Vermouth is a fortified and aromatised style of wine which is flavoured with roots, barks, flowers, seeds, herbs and spices, and is a key ingredient in many of the first classic cocktails, including the martini, Manhattan and Negroni. It may also be consumed as an aperitif and used as a substitute for white wine in cooking. Traditionally, vermouth was

produced in sweet and dry types, although new types have been created recently, including white or bianco, amber and rosé.

Vermouth is produced from a base of a natural, low-alcohol white wine to which a mixture of dry ingredients is then added. Grapes most often used for the production of the base wine include Clairette blanche, Piquepoul, Catarratto and Trebbiano. The base wine is aged for a short time before the dry ingredients are added.

Fortified wine is wine to which a distilled beverage has been added and is different from spirits made from wine. Spirits are produced by means of distillation, whereas fortified wine is simply wine with spirits added. –Theresa Siebert, ARC-IAE

The Manual of the Agro-processing of Fermented Beverages – Wine contains complete information on the products discussed above, as well as many other processing methods, and is available from the Agricultural Research Council – Institute for Agricultural Engineering (ARC-IAE). Contact Elmarie Stoltz on 012 842 4017 or email stoltze@arc.agric.za for more information.