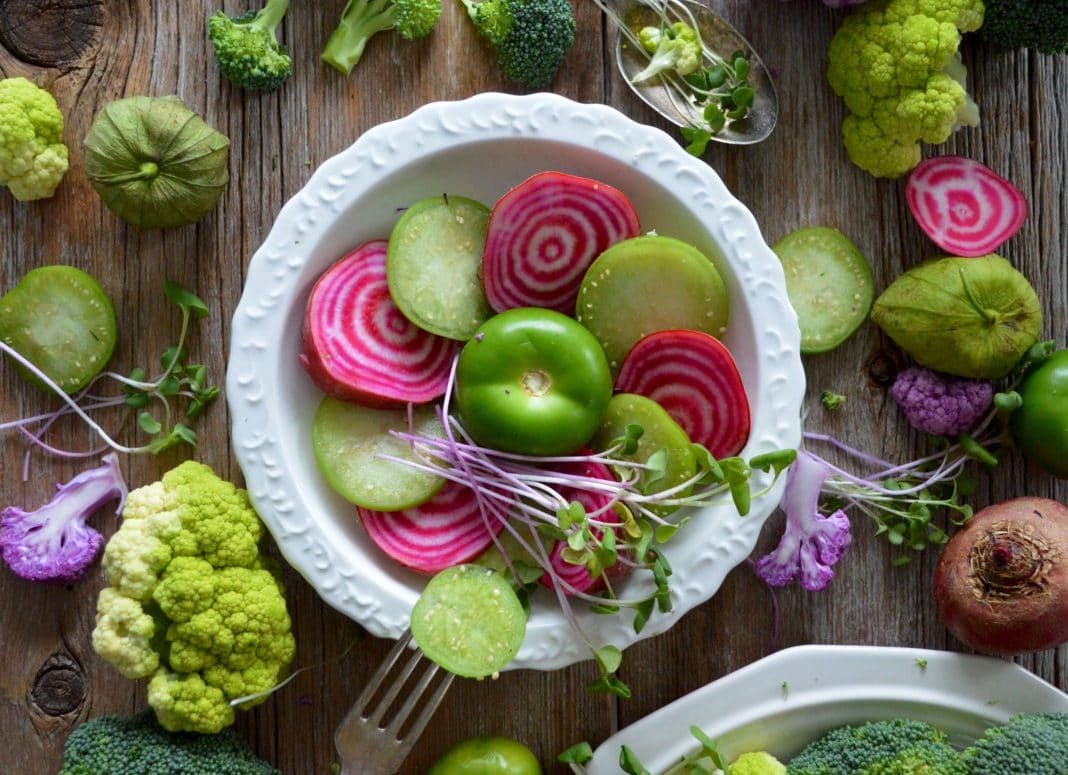 You have probably heard of heirloom or heritage vegetables. You might also have noticed the diversity of strange vegetables on supermarket shelves, from rainbow coloured carrots to shapes you may never have seen before in your life. So, what are heirloom vegetables and why have they made such a comeback?

Although experts argue about the exact definition of heirloom seeds, they are basically seeds grown during earlier periods of human history rather than the modern varieties used for commercial production.

Most heirloom vegetables are open pollinated by birds, insects or wind, and retain their true characteristics, unlike cross-bred vegetables, which show a wide variety of characteristics not true to the original plant. Heirloom vegetables also have more flavour than commercially produced cross-bred varieties, as the latter are bred with the focus on improving traits for yield increase or pest resistance rather than flavour.

Before the industrialisation of the agricultural industry a much wider variety of plants were grown as food. Today agriculture focuses mainly on large monocultural production to maximise production and the consistency of produce. Heirloom gardening has been trending in response to this, with heirloom supporters wanting to not only increase the biodiversity of the food we eat, but also to preserve the heritage that these seeds hold within them.

This article explores the origins of a few selected vegetables based on information found in Heirloom Vegetable Gardening by William Woys Weaver. It also shares some tips on how to cook with each of the vegetables discussed.

Carrots have been around since antiquity and the orange carrot we commonly see today dates back to Roman times. The less well-known colours, such as white, violet and yellow, all have unique origins. White carrots are native to Europe, while the yellow and violet varieties originated in Afghanistan.

Today there are many heirloom carrots to choose from. The reason for this that as carrots are extremely site-sensitive, nurserymen collected a wide variety of seeds to suit a range of situations, soils and climates. Major heirloom seed suppliers in South Africa usually have all three colours available, and they are often sold together as rainbow carrots.

Cooking tip: It is best to keep it simple when cooking with heirloom carrots. They are delicious roasted whole in the oven, or grated and served raw in a classic carrot salad with a little dressing.

The tomato originated from South America and can be traced back to the time of the early Aztecs in 700 A.D. It was introduced to Europe in the 16th century when explorers discovered new lands and the plants native to them. Heirloom tomatoes come in a delightful range of shapes, sizes and colours, and often have quirky names.

Some heirloom tomatoes, such as the Crimson Cluster, a scarlet red tomato covered with golden yellow flecks, can no longer be found. The striped English tomato Tigerella, or the Isle of Man’s Schimmeig Stoo could be lineal descendants. Similar striped tomatoes can be found in the online catalogues of major local heirloom seed suppliers.

The catalogues list a wide variety of heirloom tomatoes, ranging from yellow, green, and dark brown to large, misshapen or small tomatoes, so seek out your favourites. Whichever you choose, keep cooking simple to bring out the lovely flavour of the tomatoes.

The baby marrow, patty pan and gem squash are generally considered as summer squashes because they are eaten in their unripened state, whereas pumpkins are usually left to ripen, which makes them starchier inside with a woody external rind. The terms ‘pumpkin’ and ‘squash’ are merely used for convenience; they are actually the same type of plant.

Common heirloom pumpkins in South Africa are the Wit Boerpampoen, a large white pumpkin, and the Maranka, also known as the Caveman’s Club gourd because of the narrow handle that ends in a knobbly club.

Cooking tip: Try pumpkin or squash fritters, or use these vegetables to bake bread. Play around with the different varieties when making your favourite pumpkin or squash dish to determine how their flavours differ.

Ultimately, the best way to prepare heirloom vegetables is to cook them in a simple way, making the delicious flavours the focus of the dish. There are tons of tasty heirloom vegetable recipes online.  – Ursula Human, Farmbiz

The bottom line of healthy soil: Sustaining a habitable life on...

Invasive alien plants and their impact on wetlands