Home Agri News An overview of the global mango market 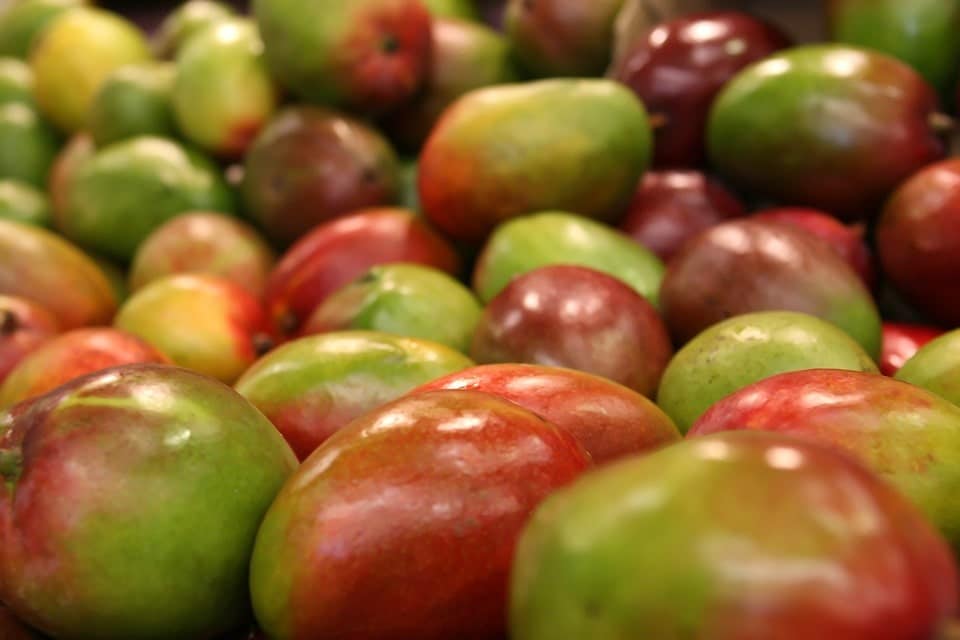 This article was originally published on Fresh Plaza. Click here to read the original article.

The Spanish mango season came to a close in early December, and now the Brazilian and Peruvian mangoes dominate the market in Europe. However, there is a predominance of small sizes, which is resulting in lower prices.

The prospects in South Africa are poor. As a result of the dry weather, the volume has been reduced by 30%. However, the chances of this taking a toll on the export market are not very high, since large growers have sufficient irrigation options at their disposal.

The Netherlands: Excess supply of small sizes, good prices for larger ones

The mango market is currently characterised by a surplus of small sizes. A Dutch importer says that Peru, the only mango supplier on the market at the moment, is shooting itself in the foot by shipping many small sizes at the same time. As a result, the market can only absorb them at very low prices. Meanwhile, good prices are paid for the large sizes. There is talk of a substantial harvest in Peru, but the size distribution can be a determining factor. Within three weeks, the early cultivation in Piura will already be off the market, and with the supply from Casma, the situation may change substantially.

The Peruvian mango season is currently in full swing. After the start-up of the season with the arrival of the first containers of Peruvian Kent mangoes of the 2019/2020 season, there is usually a great supply of them. That is always the case in early January, but this year the mango season in Peru is going differently than usual, according to a Belgian importer. The sizes of the Peruvian Kent mangoes are on the small side. Normally, the calibres are eight, nine and ten, but currently the most common are the nine, ten and twelve. The oversupply of small-sized mangoes from Peru is putting pressure on the prices, which are falling.

The quality and taste of Peruvian Kent mangoes are good. Given the low prices of the small-sized nine, ten and twelve calibre mangoes, many promotions will be carried out in the coming weeks. In the coming period, the supply of Kent mangoes from Peru will mainly consist of small sizes and the supply of the larger calibre six and seven mangoes will remain very limited.

The German market is quiet again after a busy December. The demand has fallen somewhat for almost all products. However, this has little impact on the mango market, as the mangoes are not a specific seasonal product and are traded year-round, reports an importer from Hamburg. There is currently a plentiful supply of mangoes shipped from Brazil. The smaller sizes in particular (eight, nine, ten and twelve) are always available and cost between €2,5 and €3 per 4kg.

Peruvian mangoes, which are shipped by plane, are also available, says the importer. This is a relatively stable market segment with current prices ranging between 25 and 30 euro per 6kg for the smaller sizes (calibres ten and twelve). Large fruit, on the other hand, are not as readily available and are therefore slightly more expensive, with prices standing at around €32 to €33 euro per 6kg.

Kent mangoes are the most demanded in the wholesale market. Other varieties, including the Tommy Atkins and the Palmer, are clearly lagging in terms of volume. The Spanish mangoes that are available in the spring are also more likely to remain a niche product.

France: Peru now on the market

On the French market, the supply of Brazilian mangoes has come to an end and the Peruvian production is arriving on the market. The Brazilian mangoes had some quality problems in the final stretch of the season and the prices were quite high in November.

The market was quieter than normal at the end of the Spanish mango season. “It is common for sales to fall somewhat in December, but it is not usually as bad as this year,” said one exporter. The range of mangoes in Europe has been wide, with mangoes from both hemispheres and with some unusual origins. This led to speculation and price increases on the market. The demand is currently on the rise again.

The Spanish season ended in early December with a larger volume than average and stable prices. Some traders report an increase of about 10% in volume. At the moment, the mangoes on the Spanish market come mainly from Peru. There was a shortage of large sizes at the start of the season, although the situation appears to have been recovering somewhat in recent days.

In recent years, Italy has successfully experimented with mango cultivation in Sicily. This has made mangoes a suitable option for cultivation in southern Italy. The consumption of mangoes and other tropical fruits in the country is on the rise. Both the yield and the quality of Kensington mangoes (available from late August to early October) have been good. The price for Sicilian mangoes amounted to around €3 to €5 euro per kg, with a few peaks in that period.

In addition to the domestic production, there are also imports of Tommy Atkins mangoes from Brazil arriving by sea and of Kent mangoes from Peru arriving by air freight. The prices on the wholesale market have been stable. Brazilian mangoes cost between €2/kg in Turin and €3,25/kg in Naples.

Ecuador: Season is coming to an end

The season in Ecuador runs from October to January, so exports are currently coming to an end and volumes are declining. The season started with the supply consisting mostly of small-sized mangoes, but towards the end, larger sizes became more available, so the price in the latter category dropped somewhat.

Peru: Start of the season

The Peruvian season starts a little later than Ecuador, in December, and the volume is now growing. At the moment, there are mostly smaller sizes on the market. There is a great supply of calibre ten to twelve mangoes and as a result, prices are lower this year than in the previous season.

Mexico: Growing popularity thanks to the Ataulfo ​​mango

The Mexican season starts at the end of January. It kicks off in the south, in the Oaxaca and Chiapas regions, and then shifts to the north as the season progresses. The outlook for the coming season is good, with large volumes and good quality. The season runs until September. Most of the production is intended for export to the US. Mexican mangoes are gaining popularity thanks to the Ataulfo ​​mango, a Mexican variety that thrives everywhere in the country. The share of organic mangoes is also growing due to good demand in the US market.

There is currently no peak season for mangoes in China. It is now too cold to grow the fruit in most production areas and Hainan is the only region in which production is still underway. Sales are slow because the Chinese New Year is around the corner and most buyers prefer purchasing cherries. Mandarins are also very cheap this year, taking a toll on the sale of mangoes. Furthermore, the demand for mangoes falls when the weather gets a little colder.

In addition to the local production, there are currently also imports from Vietnam and Cambodia. As a result, there are still enough mangoes on the Chinese market. Later, shipments will also arrive from Laos and Thailand.

The mango season has been hampered by the dry weather in Tzaneen, Ofcolaco and Letsitele, where only a third of the normal summer rainfall has fallen this year. High temperatures and strong sunshine caused sunburn on the mangoes. In December, the temperature in Limpopo rose to around 40˚C. The growers are therefore worried about the coming season and the production is already 30% lower than last year, with harvesting starting more than two to four weeks earlier than usual.

The market price for South African mangoes currently stands at around €0,36/kg, with an average of €2/4kg. This price is 29% lower than last week’s. Sales have fallen in recent weeks, as January is always a difficult period for the fruit’s marketing. Traders therefore expect that, as the demand increases, prices could rise drastically, given the shortages.

However, this is especially the case in the domestic market. It is not expected that exports will be affected by shortages. The larger growers often have access to sufficient irrigation options. There is even the prospect that the volume exported may be somewhat higher than last year. The outlook for dried mangoes is better. Customers from the Far East (Japan and Singapore, for example) switch from West Africa to the South African market due to the quality and continuity of the supply.

Stocks are currently larger compared to last year. At the moment, the mangoes come mainly from Peru and Ecuador. This year, there has been an overlap between a declining volume from Ecuador and a growing volume from Peru, which means there is a lot of fruit available. The small sizes are particularly common, which entails lower prices. There is a demand for mangoes from various sectors: the fresh-cut sector, the retail and the stores specialising in Asian and Latin American products. The prices are now somewhat lower. The biggest challenge at the moment lies mainly in the fruit’s rotation, which is necessary to prevent the fruit from becoming overripe on the store shelves. In January, mangoes from Mexico are also expected with probably large volumes and good quality.

The Australian mango season is in full swing, with the campaign slowly coming to a close in the Northern territory. Most growers can look back on a good season, even though there have been some problems due to heatwaves in November and December. The quality is also good in Mareeba and Dimbulah, just like in South East Queensland, where the weather conditions are good.

In Western Australia, there was a lot of fruit fall last week due to strong winds. The growers nevertheless continue to pick the fruit. The Bowden/Burdekin region is closing the season with a few late varieties such as the Honey Gold, while in the area of Gingin, Queensland, the fruit is still growing with warm days and cool nights. The harvest there is expected to start next month. – Fresh Plaza