Who is Elanco?
We’re a leader in farm animal and pet health solutions, treating and preventing disease in more than 90 countries.

Who is AGT Foods?

AGT Foods is a value-added pulse, staple food and ingredient processor for export and domestic markets. Through its offices and processing facilities located in some of the best agricultural growing regions in Canada, the U.S., Turkey, China, Australia and South Africa and merchandising and sales offices in the U.K., the Netherlands and Spain, AGT Foods produces a full range of pulses and specialty crops including lentils, peas, chickpeas, beans and canary seed as well as food ingredients such as pulse flours, proteins, starches and fibres. Its subsidiary in Turkey, the Arbel Group, produces staple foods such as Arbella Pasta, rice and milled wheat products, including bulgur and semolina. In South Africa AGT Foods represents the Retail, Hospitality, Spices, Ingredients, Popcorn, Bakery and Protein Divisions, which falls under the Retail Division and is sold through all major supermarkets in South Africa.

TV is a weekday online television programme designed to inform, educate and enrich. The programme will consist of a balanced mix of news, market updates, interviews, weather, event information and much more.

The programme is broadcast on Mondays, Wednesdays and Fridays at 08:00 on the Plaas TV / Farm TV YouTube channel, which can be accessed at this link. Programmes will be available on demand and can be viewed at any time once uploaded. 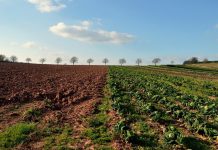 Plaas Media is an agricultural media house focusing on sound technical content across all media platforms. The company’s head office is in Centurion, Gauteng and it has a presence in all provinces across the country. The company has grown by leaps and bounds since it opened its doors in 2010, when it started out with five members of staff and two magazine titles and a radio programme.
© 2022 AgriOrbit. All rights reserved.