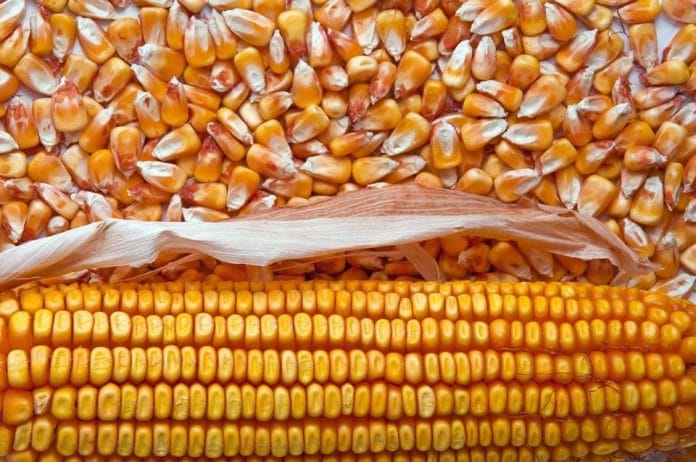 Biomin recently released its survey results for the 2018 World Mycotoxin Survey. During a live webinar, Alexandro Marchioro from Biomin and Dr Martina Bellasio from Romer Labs, both senior mycotoxin experts, discussed important factors highlighted by the survey. They also identified trends in mycotoxin prevalence that are important for the 2019 season.

In Figure 1 to 4 the risk levels for each continent are compared to the 2017 and 2018 survey results. The colours on the map range from yellow to red:

The maps express the percentage of samples that tested positive for at least one mycotoxin above the threshold level in parts per billion (ppb). A severe risk level indicates that > 50% of samples may represent a risk to productivity or disease susceptibility. Samples were taken from 79 countries; a total of 81 936 analyses were conducted on 18 424 samples.

In the webinar, Marchioro highlighted the fact that high amounts of fumonisins (FUM) and deoxynivalenol (DON) were found on maize from every continent. These two mycotoxins frequently co-occurred on samples, indicating even higher losses in animal production. In general, 70% of samples had more than one mycotoxin present.

Figure 5 provides details on this co-occurrence. The reason, he says, for the increase in mycotoxins and occurrence of these mycotoxins in such high levels are due to the effects of climate change. Continual fluctuations between periods of extreme droughts and heavy rainfall and floods result in higher fungi growth and, consequently, higher mycotoxin formation.

Results show that 84% of maize samples tested in Africa were contaminated with FUM and 77% with DON. Zearalenone (ZEN) was also found in high amounts in some areas. It is important to note that most samples were taken in South Africa, where levels are not generally as high as in other African countries.

There are six regulated mycotoxins that occur most commonly, and which should be tested for. These are FUM, DON, ZEN, aflatoxins, T-2 and HT-2 toxin, and ochratoxin A. However, in recent years the scientific community has focused on other mycotoxins that are on the rise and where toxicity is now better understood. These mycotoxins are referred to as emerging mycotoxins. Dr Bellasio elaborated on the most important emerging mycotoxins during the webinar. These include patulin, beauvericin, fusaric acid, ergot alkaloids, and moniliformin. –Compiled by Ursula Human