This article was originally published on HortiDaily. Click here to read the original article.

“Blueberry cultivation is growing rapidly around the world, and together with it the demand for coco substrate,” says Wim Roosen from Dutch Plantin. Blueberry used to be an open field crop, but most of the new projects are using hydroponic growing techniques, offering new opportunities and of course new challenges.

Hectares of blueberry plants, all lined up neatly and protected from weather circumstances by a foil greenhouse. It’s a sight not unknown to Roosen. The hydroponic cultivation of blueberries is on the rise. “The demand from retail for a constant year-round supply is one of the reasons for the growth in the blueberry market,” says Roosen.

“In addition, thanks to new knowledge and varieties the hydroponic yields continue to grow, making an intensified cultivation more interesting. Also labour, which is still an issue, becomes more manageable thanks to new varieties with bigger fruit, increasing the yield per square metre. Picking 7-8kg an hour instead of 4-5kg results in a decrease in cost price, which makes it cheaper and therefore more interesting for supermarkets and consumers.”

Numbers show that the yield per square metre when growing hydroponically can be up to five times higher than the yield in open field production. “The average open field cultivation yield around the world is about six tons per hectare, for substrate that is 20 to 30 tons,” Roosen estimates, thus showing why many of the new blueberry cultivation companies choose to grow hydroponically.

“What we see is that there’s 5 500ha of blueberries. It grows very rapidly, and 80% of new growers choose to grow hydroponically. And this is just the beginning. Most of the Mexican growers work in open fields, but an increasing number of new farmers works with a protected crop. Because of the higher yield, they want to have some sort of insurance by covering the crop with a screen or net. Irrigation solutions, biological crop protection and even climate control solutions result in blueberries that are increasingly being grown as a greenhouse crop. Blueberry used to be an extensive crop, but is becoming increasingly intensive.”

In the blueberry trends the rise of markets such as Mexico is remarkable, as are countries such as Peru and Colombia. “Where Chile is a big player in the blueberry market historically, we see that, just like in the United States and Canada, many growers prefer to add hectares when they want to achieve a higher yield. In contrast, growers in Mexico, Peru and Colombia choose to intensify cultivation and harvest the same yield from a fraction of the acreage. These markets are in full swing.” In addition, he points at Morocco, which is also an important player in terms of export to the European Union.

The growing blueberry market is of high relevance, since more and more growers choose to grow on coco. A remarkable development, since it was believed before that the plants thrive best on a substrate with a low pH.

“Before it was believed that either peat or perlite had to be in the substrate or that the pH of the substrate had to be lowered by adding peat moss. Nowadays growers see blueberries grow well on pure coco. This started in Mexico over a decade ago and the results are spreading all over the world.” Growers are positive about it, yet to be sure Dutch Plantin is doing a five-year trial in Spain. “We want to know the exact results before we can say anything on whether growing on pure coco is better than a blend. However, we now see that growers are already making this decision. Of the new cultivation companies in Mexico, 30% now buys a blend with peat and 70% buys pure coco.”

Important in the choice of substrate is the quality and stability of the product, Roosen adds, showing the Coco-10 mix they created using pith, fibre and chips to ensure optimum crop growth. “In the coco market in general, there’s a big distance between the suppliers that sell stable products of high quality, processed by trustworthy machines and aged to get the preferred maturity and humidity. Then there’s also a number of suppliers that opt for the fast route. However, we hear from many growers that those growing results are not what they expected, nor what they would like to see. The mix and substrate preference can differ from grower to grower, but quality and stability is important no matter what.”

The rise of coco can be an important trend, since there is a shortage on peat and a trend to step away from peat in general. “For blueberries specifically we’ve seen that potting soil can be a good product, but only when the potting soil industry is near and affordable. Otherwise growers tend to look for a different type of substrate.”

Yet even though the global supply of coco is on the rise, the coco suppliers might not be able to answer the rising demand for substrates.

“The demand for substrates will grow enormously in the 30 years to come. In addition, there’s a trend to reduce the harvest and use of peat. We’re now talking about Mexico as a growth market, but forecasts predict that the demand from China will affect the global market. In our opinion, different substrates will have to be used in those crops and those regions where they can serve the crop best,” Roosen thinks.

“For example, coco is usually best in the warmer regions, whereas stonewool can be the preferred solution in colder regions. This way, it is possible to answer the growing demand all over the world.” – HortiDaily 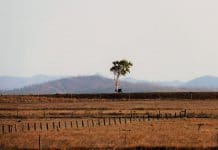