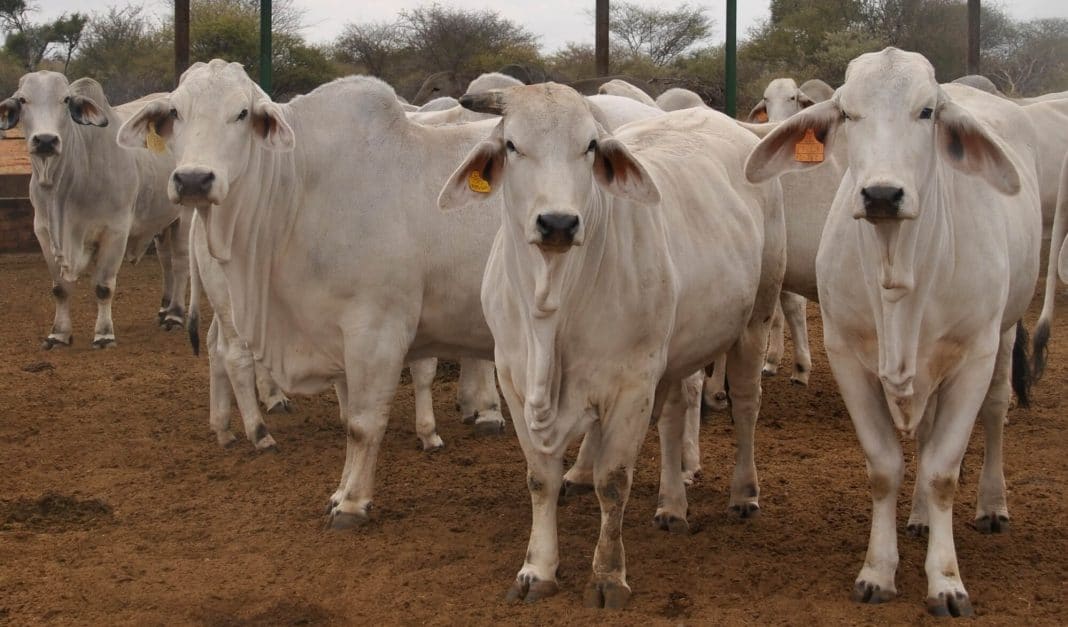 The Brahman breed was introduced to the South African beef cattle scene in 1957. The conditions in Africa and the extensive condition on farms suit this breed very well. Brahmans in Southern Africa have become an economic and highly profitable breed.

Traits unique to the Brahman breed are:

All these traits have been thoroughly tested by scientists over an extended period. The Brahman F1 cow still remains the most productive breeding unit in any beef production system.

An analysis of the importance of Brahmans in the South African beef producing industry was conducted with the use of an intensive questionnaire and other sources. This independent survey done by the University of the Free State in 2015, showed that as much as 52% of all commercial cattle could be Brahman influenced. This confirmed the importance of Brahmans in the genetic makeup of beef herds worldwide. More than 20 synthetic breeds have been developed with the use of Brahman genetics.

An initial international genetic analysis was done in 2016 with four countries (South Africa, Australia, Namibia and America). The first results looked very promising and may, in the near future, contribute to the publication of genomically enhanced breeding values that are internationally linked. This will contain all the important, measured traits, to give commercial bull buyers an added advantage in selecting bulls for their beef herds.

According to some American scientists most of the studies that have been done on genetic variation in feed efficiency, used growing cattle. The most commonly used method of measuring feed efficiency in trials were gross feed efficiency, or its inverse, FCR (feed conversion ratio).

FCR is moderately heritable, but does not measure differences in feed requirements between maintenance and growth requirements. FCR is positively correlated with growth rate, meaning that selection for improved FCR can result in increased growth. This will result in an increased mature size that can potentially increase herd maintenance cost.

Jurgen Hendricks from the ARC Institute of Animal Production says: “In contrast to conventional criteria for efficiency, NFI is not phenotypically correlated to growth and weight traits.” Measurement based on NFI rather than FCR is therefore a more accurate measurement.

NFI, also known as residual feed intake (RFI) measures the difference between an animal’s actual feed intake and its predicted feed intake for a given level of production. Cattle with a negative NFI are more efficient because they need less feed than predicted. With a heritability of about 40% for this trait, rapid progress can be made with selection.

The Brahman Cattle Breeders’ Society has just released a breeding value for NFI. It is encouraging to see Brahman breeders have tested 294 bulls for this trait at various bull testing centres in South Africa, while in Namibia 754 bulls have been tested at a private test station. These tests originated with the commencement of the BGP in 2015.

With the release of an EBV for NFI as new trait, it places South Africa and Namibia first in the Brahman community to do this.

In the past two years an EBVs for docility as well as days to calving have been released. The availability of EBVs for these three traits is a huge advantage for Brahman and adds value to the ability of the commercial bull buyer to select more economic bulls.

A new way forward for AGCO brands in South Africa

SA’s agri debt: Applying for another loan to get those crops...