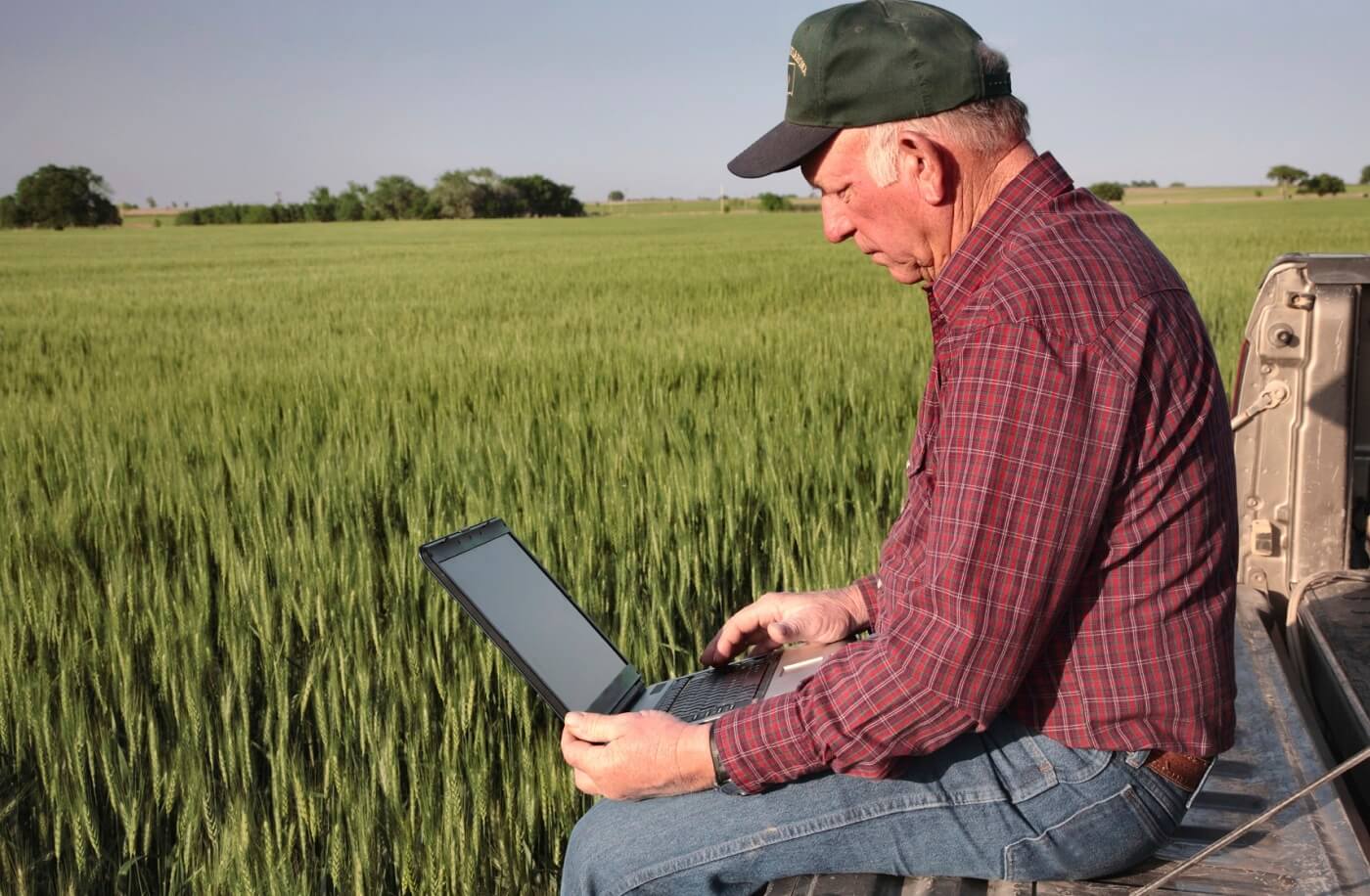 COVID-19 has changed from something you only heard about on the news every second day, to the reason why our ‘normal’ way of life has come to a virtual standstill and then changed in the blink of an eye. It appears COVID-19 has now surpassed its buzzword status, having dominated almost every news headline as well as being blamed for all our current problems.

Seeing that this pandemic is one of a kind and that the human race has no frame of reference that could be used as a guideline, it is almost impossible to predict what to expect in terms of the impact the outbreak will have on all sectors of our country and economy. In addition, changes to the way business will be conducted in future, is yet to reveal itself and will take time doing so.

The role of technology

One aspect that is sure to play a larger role in business, is technology. The number of meetings held on electronic platforms during the initial lockdown period grew with leaps and bounds. Following this huge increase in virtual meetings, many made good use of the opportunity to host online conferences.

The fact that it allows for a much larger audience and can be broadcast worldwide, boosted its popularity. Attending e-conferences in the future might become the new normal and event organisers should consider this in their planning. In the international and South African agricultural scene, many companies switched to webinars and online meetings in order to conduct business as usual. There has also been a marked increase in virtual farmers’ days and online auctions, although this was a trend that started to pick up prior to the COVID-19 pandemic.

A new way of working

Another change that could be here to stay is that of employees who work from home. In the agricultural sphere, however, this is not always possible, especially when it comes to production. During the lockdown the ‘work-from-home’ measure was implemented to prevent the movement of people and to keep the coronavirus from spreading; in future though, this practice could become commonplace as many companies have come to realise how much they can save in terms of office space and general expenses.

It does come with its own challenges though. Employees would have to be well equipped for these remote working conditions and would probably have to invest in desks, office chairs and reliable internet access. And then there is the question of productivity and consistency.

One more change that we could expect to become more permanent, is more flexible work schedules. This is due to parents who must also keep an eye on their children while working from home, making it more challenging to work according to traditional office hours. A flexible work schedule is a logical step when combined with an increase in the number of employees working from home.

Business travel as we knew it could be a thing of the past. While many people have avoided the use of technology in the past, they are now being forced to learn and make use of available tools during the pandemic. We could see a move to business meetings being held electronically in future to save time and money.

Offices are expected to become gathering areas rather than places where work is done. Employees might be expected to only come to the office for meetings or a few days per week. While it is envisaged that open-plan offices will remain intact due to its lower related costs, the use of unassigned seating will likely reduce. This will be done in a bid to ensure a healthy and safe work area for each employee.

Automation will likely be accelerated where possible to reduce the risk of spreading diseases through employees. This is not necessarily good news for South Africa where additional job losses due to automation could spell disaster. With an increased focus on a healthy work environment, offices will likely make hand sanitiser freely available and could insist on conducting medical screenings long after the pandemic has passed.

These changes could soon become a permanent part of the way we conduct business. This means that people will have to upskill in order to adapt to a changing world. We will likely see a rise in novel job titles. It can also be expected that employers will start to train their employees in aspects relating to online meetings – think proper code of conduct. The use of more internet-based technology could increase the demand for fast and stable internet provision, especially in rural areas where fibre lines have not yet been installed.

While most agricultural producers might feel as though they were not directly affected by the lockdown, the effects will definitely be felt as time passes. This is due to the fact that the agricultural sector produces food and fibre for consumers. Many of these consumers have either lost their jobs or are earning less.

In terms of agriculture it must be remembered that the process of agricultural production cannot simply be switched off. Cows will not stop producing milk because consumers drink less milk, just as hens cannot immediately start laying more eggs because consumers demand more eggs. The change in product demand during the lockdown sent signals to producers to adapt the production, processing and packaging of products. This, however, is not something that can happen overnight.

Seeing as South African producers have been affected by challenges such as bird flu, listeriosis and foot-and-mouth disease in the last few years, it might be a good time for producers to draw up a plan B, C and D in terms of responsiveness. This could help in implementing coping strategies during challenging times.

Reports mention that some countries are building up larger inventories of staple foods to increase their self-sufficiency if the pandemic turns out to last longer than expected. Actions such as these could spark a movement for countries to become less globalised and more localised.

Countries use import tariffs and subsidies, among other methods, to protect local producers who produce products for which they do not have a comparative advantage in terms of production. The supply of imported products to other countries could be disrupted by war conditions that prevent transportation of these products. Producers who are protected during times when international trade is possible, will then be able to satisfy at least a portion of local demand during periods when international trade is prevented. Countries might even change their policies to improve their self-sufficiency in future.

What to expect after the lockdown

Two general groups of consumers can be identified based on how the lockdown affected their livelihoods. Firstly, we have those who lost their jobs or now earn smaller salaries. It is estimated that between one and three million people will lose their jobs during the lockdown period. This will cause an increase in the demand for more affordable products. The economy is also expected to shrink by between 6 and 10%, which will only exacerbate the situation for these cash-strapped consumers.

The other group of consumers are those who feel that they have more disposable income due to reduced interest rates and lower fuel prices. This group is now able to pay more attention to their health and what they eat, which could increase their demand for fruit and vegetables. Consumers on both sides of the consumer spectrum can present opportunities for producers.

Many of the expected changes mentioned are not necessarily applicable to agricultural businesses involved in primary agriculture. Still, these businesses should also see changes. The biggest will probably be an increased focus on health and safety. Producing food that presents no health threat to consumers, while also ensuring the health and safety of their employees, will be one of the main focus areas of producers.

The role of temporary labour in agriculture might also diminish due to mechanisation and automation. Following the lockdown, the price of imported equipment and inputs will likely increase due to the weakening of the exchange rate. This could place more pressure on producers in the coming season; however, lower fuel prices will offer some temporary relief. The disruption in production processes in countries such as China could also mean that local producers will have to wait longer for new equipment to arrive.

Producers should ensure that their cashflow is protected during these tough times, and those customers who are still paying their accounts should be valued. Producers who feel they are financially strong enough to expand their operations, could make use of the lower interest rates. However, they need to consider how long these expansions could be financed if economic growth does not meet expectations.

During this time one heard many people saying: “This too shall pass”. The answer to the pandemic might lie in a vaccine yet to be discovered or it could be through the ‘herd immunity’ strategy that many health experts refer to. Many businesses were forced to close during the lockdown and others might also be closed permanently if economic activity does not improve.

Although they might already have plans in place to survive the current situation, businesses need to look at ways of staying in business after the COVID-19 pandemic. Remember, problems that require solutions can create opportunities.