Dairy farmers’ dissatisfaction with the milk price is nothing new and is certainly not limited to South Africa. Waldemar Broś of the National Association of Dairy Cooperatives in Poland believes that, while the economic situation of Polish dairy farmers may have been stable the past few years, he has not yet encountered a milk producer anywhere in the world who is satisfied with the producer price of milk.

South Africa occasionally imports long-life milk from Poland, which in turn influences the price of milk. The prices of these imports are sometimes relatively low compared to the local market. This begs the question: Are Polish dairy farmers that wealthy, or is it simply a case of mass production?

Poland is the sixth largest dairy producer and has the third largest dairy herd in the European Union (EU). According to Waldemar, Poland produced twelve billion litres of milk in 2019. The production value of the dairy sector is estimated at nearly $9 billion per annum and the sector supplies around 500 types of products to the market daily.

Poland has 120 000 dairy farmers and the value of the country’s dairy exports comes to approximately €2 billion annually. The average production on a Polish dairy farm amounts to 110 000ℓ of milk per year. The input cost per litre of milk produced ranges from 1 to 1,10 zloty (around R4,40 to R4,90), while the farmer’s milk price is around 1,30 to 1,50 zloty.

The average production per dairy cow has also risen in recent years. According to Waldemar, there is evidence that the dairy sector is currently Poland’s most profitable agricultural sector. Yet Polish dairy farmers are still unhappy.

The dairy cattle population is expected to grow this year. According to experts, the Polish dairy industry might be restructured, which will lead to a decrease in the number of suppliers and an increase in the average supply per farm. This will result in milk production of between 14 and 14,3 billion litres in 2020.

How does South Africa compare?

According to Bertus van Heerden, chief economist of the Milk Producers’ Organisation (MPO), there is virtually no similarity between the primary industries of the two countries, except that cows are milked in both cases.

According to Waldemar, dairy farmers in Poland do not receive a direct subsidy from the state, but experts believe farmers should receive some support in order to produce profitably using small herds.

“Milk imports from Poland make up a very small part of the market and is not directly responsible for a decrease in the milk price. Yet it instantly changes the mood in the market as well as negotiations,” says Bertus.

He explains that Polish imports are regulated by the Southern African Development Community (SADC), and that the import price of milk is not necessarily cheaper than the cost of milk in South Africa.

According to Chris van Dijk, CEO of the MPO, South African dairy producers were indeed more profitable a year or two ago, but low milk prices and high grain prices have since created a cost price squeeze. The solution to rectify this problem is very complex, as different production processes and cost structures affect the equation.

High input costs are increasingly shrinking South African dairy farmers’ profit margins – on 29 February this year it was stated that local dairy farmers were considered some of the worst paid dairy farmers in the world. “The milk price will have to increase dramatically if farmers are to remain on farms,” Chris warns.

Role of the MPO

In terms of milk imports from Poland, the MPO is actively involved in the Economic Partnership Agreement between the EU and SADC. This agreement regulates trade between the countries in different industries. Negotiation terms will be revisited in October 2021, at which time the MPO will renegotiate the import tariffs on ultra-high temperature (UHT) processed milk.

The MPO is further planning on using more non-governmental organisations to place the companies importing UHT milk, for example, firmly on the radar of milk producers, consumers and the state.

The MPO holds quarterly teleconferences with various stakeholders, including retailers, the National Agricultural Marketing Council, the Land Bank and commercial banks, to keep them abreast of the situation in the primary industry.

“With these efforts we are trying to curb the unnecessary imports of dairy products. At the same time, Agri Inspec is working full-time to monitor dairy imports and to bring suspicious transactions to the attention of and work with the South African Revenue Service to act against offenders,” says Bertus. 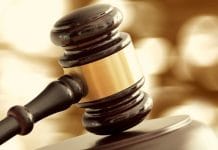