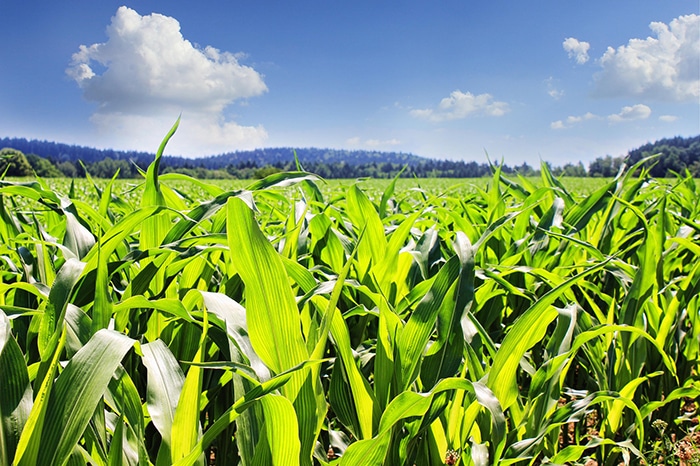 Maize farmers who aim to practise no-till or conservation agriculture on their farms will benefit from significantly higher yields during dry seasons, since these farming methods allow them to plant crops much closer together.

This is according to Dr Stephano Haarhoff, who received his doctorate in agronomy at Stellenbosch University (SU). His research was conducted under the supervision of Dr Pieter Swanepoel and Prof Nick Kotzé from the SU Department of Agronomy.

In his research he investigated the influence of plant population (the number of plants per unit area) and row spacing on rainfed maize production in no-till and conservation agriculture systems in North West and the Eastern Free State. He believes, however, that some of the principles highlighted could also be considered by irrigation farmers.

Conservation agriculture is a comprehensive approach to soil and crop management that promotes the long-term sustainability of farming systems in terms of profitability and the soil-crop environment.

“With conservation agriculture, agronomic principles such as no-till, crop diversification, continuous soil cover maintenance using crops or crop residues, and livestock integration into a farming system are applied,” says Dr Haarhoff, who works as a small-grain research and development agronomist in Paarl.

The impact of soil erosion

In South Africa, rainfed maize production systems are characterised by intensive soil tillage practices and the exclusive planting of maize year after year. This often leads to large-scale soil erosion and in the process resources such as water and nutrients in the soil are not used optimally.

“Farmers often still follow agronomic practices that are based on outdated research,” he says. “New maize cultivars and improved planter technology enable them to think differently about the long-term sustainability of their farming systems by, for instance, considering conservation agriculture.”

His research shows that large-scale soil erosion in production regions with high rainfall, such as KwaZulu-Natal, Mpumalanga and the Eastern Free State, can be combated using cover crops, crop rotation and the management of sufficient crop residues.

“The same principles apply to the drier western production region (for example North West), but due to the lower rainfall received annually it is more challenging to apply these principles,” he explains. “For example, maintaining soil cover is challenging since production volumes are lower and crop residues are utilised by livestock during winter months.”

He says that because water is the limiting factor for maize production across the greater part of South Africa, farming principles must promote the storage and preservation of water in the soil.

“The large-scale soil erosion currently taking place all over our country’s maize production regions must be combated, since it has a direct impact on the fertility of the soil and its ability to store water,” notes Dr Haarhoff.

He believes integrating livestock such as cattle and sheep into these farming systems could improve farmers’ cash flow throughout the year. “It creates another source of income when cover crops and crop residues are used sensibly.”

It is pointless for maize farmers who practise conservation agriculture to maintain existing approaches when it comes to plant population and row spacing. By making adjustments, they could make farming systems more productive and promote yield stability over the long term.

In the drier western production region of the country, in conventional farming systems where intensive tilling is the order of the day, between 14 000 and 24 000 plants are planted per hectare. Rows are planted between 1,2 and 2,1m apart.

Dr Haarhoff’s research shows that farmers in this region who are practising no-till or conservation agriculture could aim for 35 000 to 40 000 plants per hectare with rows planted 0,52 to 0,76m apart. He has found that the 0,76m row spacing is more beneficial than the narrower row spacing in dry seasons.

By applying the correct agronomic practices that suit the challenges and needs of your own farm, the impact of climate conditions such as variable rainfall can be reduced.

The calculations look different for the eastern production regions as these regions enjoy more than 600mm rain per year. Here, in conventional farming systems, between 35 000 and 45 000 plants are planted per hectare, with row spacings of 0,91 to 1,2m. Should no-till or conservation agriculture be followed in these regions, it could possibly change to 50 000 to 60 000 plants per hectare, planted between 0,52 and 0,76m apart.

“By increasing the plant population and decreasing row spacing, sunlight and soil water are used more effectively, and grain yields are increased,” mentions Dr Haarhoff, who performed his field trials in Ottosdal and Reitz.

He also found that under no-till, plant population had no direct impact on root growth; soil depth and seasonal rainfall played a greater role. “Under no-till and in low rainfall regions, maize roots are mainly concentrated in the deeper soil layers so that the plant can get sufficient soil water during dry periods,” he explains. It is therefore important for farmers to alleviate any compacted soil layers before switching to no-till and conservation agriculture.

In one of his field trials, he observed very high root volumes at a soil depth of 65cm after only 30 days’ growth. He did the root research in collaboration with Dr Elmi Lötze of SU’s Department of Horticultural Science.

“Many farmers believe optimal maize root growth is not possible without soil tillage, but our root research has shown that it is possible when following the correct management principles.”

His research was supported by, among others, the South African Society of Crop Production, the Maize Trust, Grain SA, AgriSETA and the National Research Foundation.

A good place to start

For enquiries, send an email to Dr Stephano Haarhoff at Stephano.Haarhoff@yara.com.

Illegal hunting with dogs: What farmers can do

Veld, weeds and fire: The good, the bad and the ugly