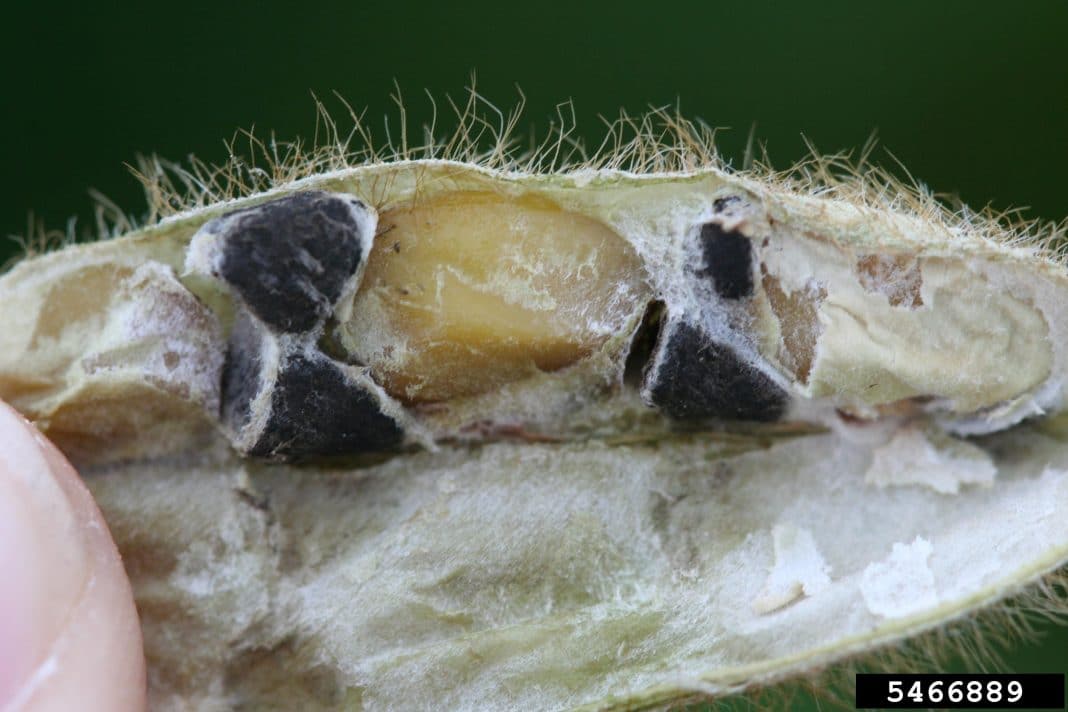 Sclerotinia sclerotiorum is a fungal disease that was accidentally introduced to South Africa. This pathogen can cause devastating yield losses for producers and is difficult to eradicate. Producers in the Highveld only became aware of it in the early 1970s, especially on sunflowers. The fungus is present throughout the country and causes significant damage to especially soya beans, sunflowers, dry beans, and various vegetable crops.

Sclerotinia sclerotiorum attacks as many as 361 broadleaf species and new host plants are still being added to the list. Most broadleaf weeds on the Highveld are also affected by the fungus. These weeds must be controlled in other crops to prevent the fungus from being transferred to soya bean crops.

Sclerotia, fruiting bodies formed by the fungus, are resistant to adverse environmental conditions and can survive in soil for between seven and ten years. If sclerotia occur near the roots of sunflower plants, they form mycelia that invade the roots and cause the plant to die. A cross-section of such a plant shows typical sclerotia in the stem. In contrast, Sclerotinia does not attack the roots of soya beans.

Sclerotia present in shallow soil will germinate under cool, humid conditions to produce apothecia, small mushrooms of approximately 1cm high, which in turn release millions of ascospores. Up to 20 apothecia can develop from one sclerotium. These apothecia form during late summer and can live for up to 10 days, while wind can spread ascospores as far 500m. These spores survive for up to 20 days before germination.

Soya bean plants are contaminated when ascospores land on the flowering parts, and contamination is only possible when the flowers are dying off. All sclerotia do not germinate every season. Those that lie deeper than 50mm below the soil do not germinate, or their apothecia do not protrude above the soil surface to release spores. Many sclerotia only germinate after being brought back to the surface after several years by tillage. It has also been proven that 75% of all sclerotia that were 300mm underground can still germinate after three years.

Contamination only occurs when the climatic conditions are favourable, and the soya beans are at the right stage of growth.

The wide range of host plants of Sclerotinia sclerotiorum complicate the effective and practical control of this disease. Experts agree that the following control methods can reduce the harmful effects of the disease:

Genetic resistance therefore appears to be the most effective method of overcoming the problem. Extensive research is being conducted to develop soya bean plants that contain resistant genes.

Micro-sprinkler irrigation: What you need to know

Best of the best: Cattle/sheep farmer of the year nominations now...