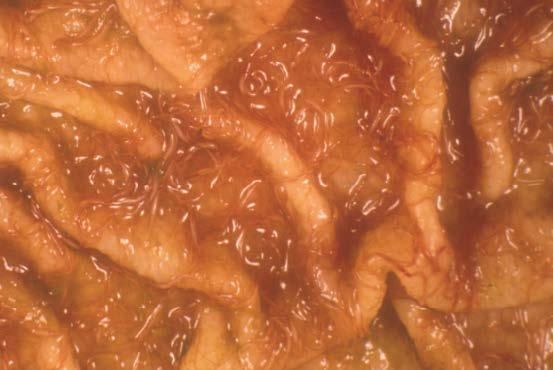 In some parts of the country summer is present all year round. Producers in these areas know that they need to look out for worms throughout ithe year, especially wireworm. This is of even greater importance in areas where it is warm, where its rains or where irrigation is used. In colder parts of the country worms are not a problem in winter.

Wireworm larvae can withstand extreme cold. Because the larvae cannot feed, they die once their stored energy reserves are depleted. However, they use much less energy in winter than in summer when they are more active. This means the larvae stay alive longer during winter.

The larvae usually die after six months on grazing, although some can survive for longer than a year, even in snow. Dry, warm conditions with temperatures above 35°C will cause most larvae to die within two months.

There is no safe level of larvae infestation on grazing in winter and early spring. Even in winter and spring sheep can become infested with larvae from the previous wireworm season.

As such, sheep can already be infested in winter and early spring with larvae that survived on the grazing. If temperatures rise and it rains, the surviving eggs will again release infected larvae.

This has been seen in egg counts done throughout South Africa. Certain animals continuously excrete worm eggs, even in winter, while the counts of others increase rapidly after winter.

The dormancy phase of wireworm larvae in a sheep’s tissue also plays a role in early spring. It is speculated that when larvae undergoing hypobiosis are ingested in winter, they are reactivated as soon as conditions as well as the sheep’s nutritional levels improve.

For effective control, producers should get their plans and actions in place prior to the typical wireworm season.

Administration of Wirevax G4200, a vaccine that establishes immunity against wireworm in the sheep and reduces grazing infestation by 80 to 90%, must start before the season commences.

Management aspects for wireworm control in spring and the approaching wireworm season include:

The wireworm vaccine has been used in Australia since 2014 and in South Africa since 2016. It is important that the vaccine is administered correctly. Stick to the prescribed immunisation schedule.

For more information, contact the nearest veterinarian or Afrivet agent, or download the Wirevax app. Phone Afrivet on 012 817 9060 or visit www.afrivet.co.za.

Donate maize and support your community

#VideoVet: How to decrease worm woes