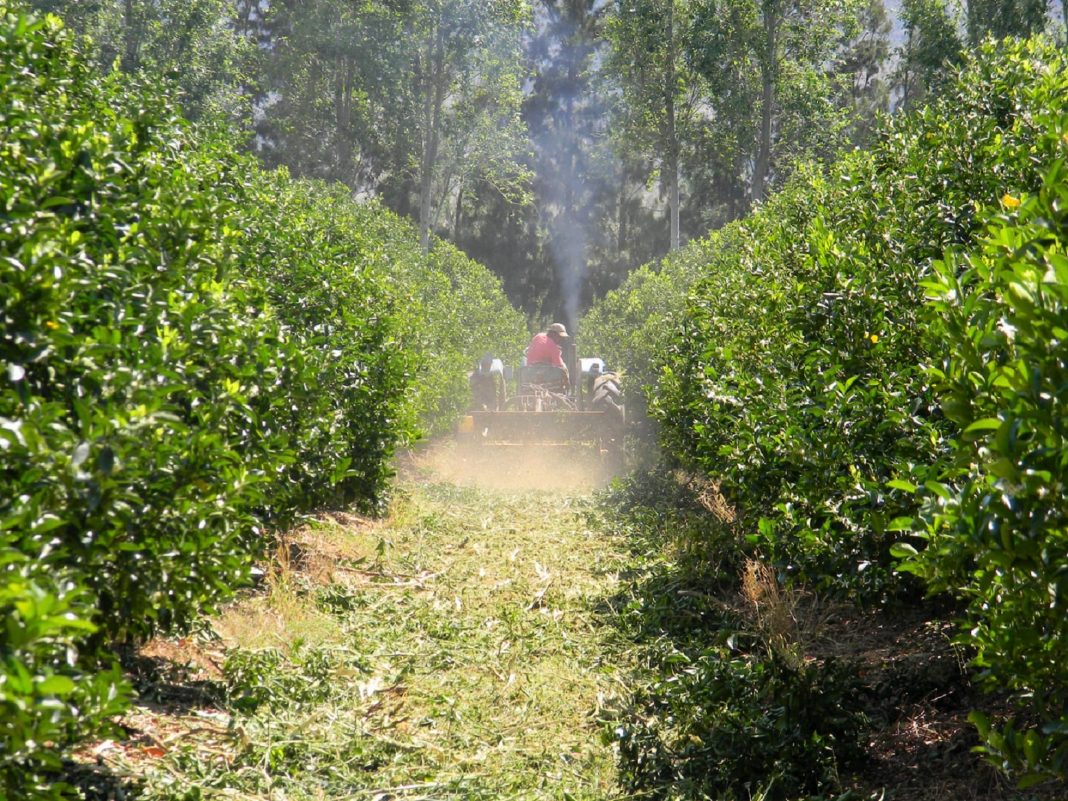 There is no doubt that the notion of thriving citrus orchards would have seemed farfetched to the transport riders who regularly crossed the Great Fish River at Cookhouse in the 1700s and 1800s. Today, citrus cultivation is well established in this region thanks to three friends who decided to venture into citrus production in 1998.

Brett Wienand, Jock Danckwerts and Chris Louw established their farming enterprise, J&B Citrus, by planting 20ha of clementine trees on a portion of Brett’s land. Their operation steadily expanded and they planted all the usual citrus varieties, including a variety of late mandarin called Nadorcott, which is in huge demand in the European Union and United Kingdom.

Bruce Knott was employed as general manager in 2007, and has been instrumental in the enterprise’s expansion ever since. Today, J&B Citrus has over 300ha planted and aims to plant another 400ha by the end of 2022.

From 2013 to 2017 J&B Citrus acquired two more farms, and a neighbour sold them a further 100ha. Lemons, Nadorcotts and clementines were planted on this additional land. They also recently bought into Burlington Farm, a dairy farm, where they can potentially plant 550ha of citrus.

To date they have concentrated on lemons and late mandarins, but this has resulted in a peak picking season with its resultant labour challenges. To this end, they are planning to introduce Samba, a new mid-season mandarin. “We are actively looking for varieties that will stretch our picking season and fill in the gaps. Samba, which is currently on order, fits into the picking regime and will hopefully be a successful variety,” he says.

As the citrus production process is labour intensive, the citrus sector plays an important role in job creation in South Africa.

Each tree J&B Citrus plants, is grown in a nursery for two years. Trees are then transported to the citrus farm and planted, by hand, in an irrigated area. Each tree is cared for intensively until it starts to bear fruit in its fourth year.

The picking season starts in May and concludes towards late September/early October. This  means that J&B Citrus employs seasonal workers for approximately five months of the year. When Bruce arrived in 2007, there were seven permanent employees on the farm and the fruit was being picked by 60 pickers at any one stage. “We now have 70 permanent employees with approximately 500 to 600 pickers on the farm at any given time,” he says.

With the new plantings coming into production soon, J&B Citrus believes that there will be massive scope for job creation.

After picking, the fruit is put into bins, which are taken to Kat River Citrus packhouse in Fort Beaufort. Here it is graded and packed into boxes, which are palletised by hand and transported by road to the ports, where the pallets are loaded onto ships and sent to various overseas markets.

Bruce says western Europe and the UK are still the main overseas markets, with central and eastern Europe increasingly importing fruit. “The European and UK markets usually prefer more of a tangy fruit  with a more acidic sugar-to-acid ratio. These markets require the degrees Brix, or sugar content, to be between 10 and 15, with a pH of approximately 1 to 1,2, which makes citrus perfect for that market.”

Emerging markets include Hong Kong, China, Japan, Singapore, Malaysia, Korea and Vietnam. According to Bruce, the Chinese market prefers a sweeter, blander fruit with a pH of 0,85 to 1 and a degrees Brix level of between 12 and 15.

The four main insect pests found in citrus include thrips, mealybug, red scale and false codling moth. Thrips cause tremendous cosmetic damage to the fruit. The mealybug secretes honeydew that attracts ants to the trees. Sooty mould also grows on the honeydew and fruit are subsequently discarded. Red scale is a sap-sucking insect that can make the fruit look unattractive, and severe infestations can kill trees. False codling moths lay eggs on the fruit and the larvae burrow into the fruit, causing it to rot. Fruit drop from trees and larvae pupate in the soil to become moths,  which starts the cycle again.

J&B Citrus has implemented an integrated pest management plan to combat these pests. The plan includes the use of beneficial insects, viruses and fungi to control various pests, along with minimal chemical intervention.

“We use ladybirds that eat mealybug and scale, fungi that attack different pests, and a virus that is very specific to false codling moth,” says Bruce. “We also implement mating disruption techniques and the release of sterile moths to combat false codling moth. Chemicals are used very selectively.”

The most important disease citrus producers need to look out for is black spot, which can cause cosmetic and superficial lesions on fruit. J&B Citrus sprays fungicides five or six times a year, depending on the variety, to prevent black spot. Spraying starts just after fruit set in October.

Chris de Wit, manager at J&B Citrus, believes that citrus farming requires outstanding people skills and technological knowledge. “A major crisis can throw a day’s well-laid plans into complete disarray, and it is important to be able to think on your feet and react quickly,” he says.

Bruce says citrus farming is ‘pretty scientific’ and refers to the cost of entry into this industry as enormous – both from an adeptness and from a financial perspective. He explains that it takes a citrus tree three to four years to produce its first fruit, with a possible economic return in the fifth year. Payback will most likely only occur in the eighth to ninth year, depending on the variety and quality produced. He adds that a citrus start-up requires at least 15 to 20ha to be feasible, as the cost of infrastructure per hectare planted will become excessive when producing on an area smaller than that. – Carin Venter, FarmBiz