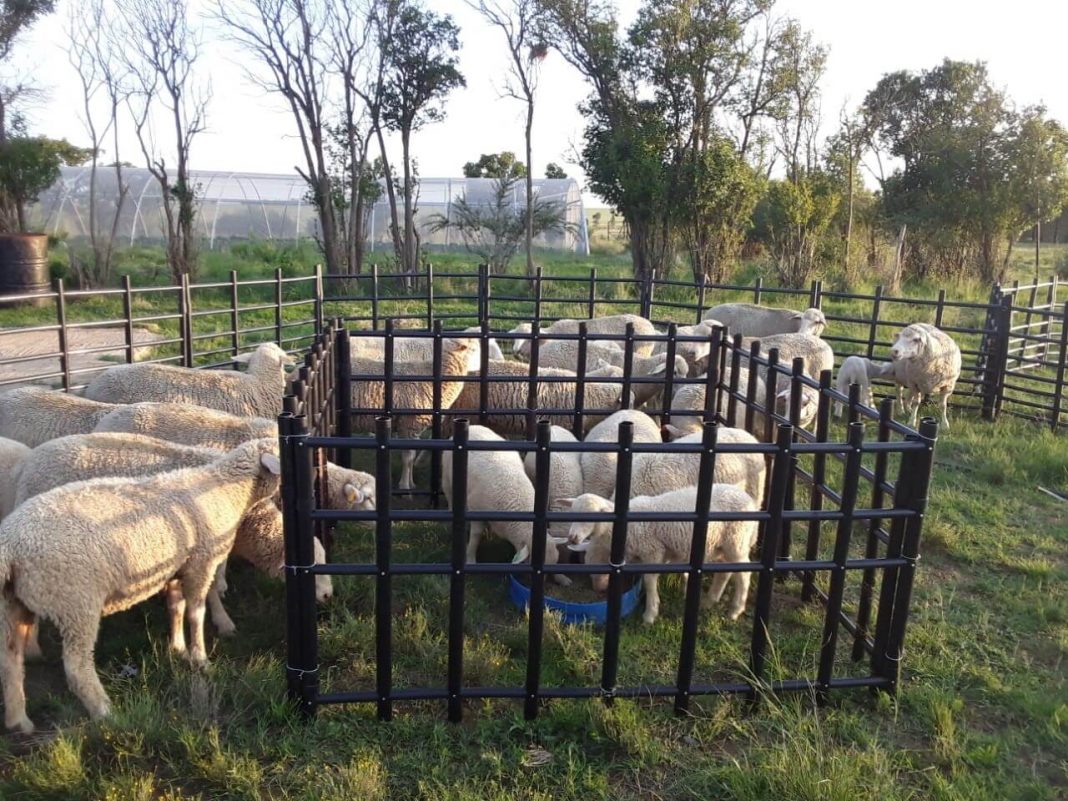 The saying that you must first learn to crawl before you can walk, applies to many facets of life. This concept also applies to feeding both large and small stock. A calf or lamb is in fact monogastric until its rumen has developed to the extent where it can digest roughage. Until then, creep feed should form part of the animal’s nutrition programme.

In the first few months of the calf or lamb’s development, the rumen is not yet fully developed and the animal cannot digest roughage. Although the calf or lamb is born with four stomachs, the rumen is bypassed and nutrients are digested in the abomasum. Frederick van der Walt, a technical adviser at Veekos SA, says the calf or lamb’s feed conversion is very efficient during this stage, and an effort should therefore be made to facilitate the animal’s growth so that it can reach its full genetic potential.

In a technical article on the subject, the late Dr Jasper Coetzee, who was an expert in the field of sheep production, emphasised that up to 50% of the four- to six-week-old lamb’s nutritional requirements are provided by creep feed and grass, along with the ewe’s milk. A ewe’s milk production decreases once she reaches peak milk production. Her lamb will then develop an essential nutrient deficiency that cannot be supplemented by grazing. It can, however, be supplied via creep feed.

Livestock farming, he explains, is an industry that follows a continuous cycle. Because nature must follow its normal course, part of the producer’s management programme is aimed at simplifying certain processes for livestock on the farm. Creep feed is one of the tools that can simplify the processes surrounding female animals on the farm. Firstly, it relieves a lot of the pressure on the cow or ewe, because the calf or lamb does not want to suckle all the time. Secondly, the calf or lamb ingests dry matter, which fills the rumen and supplements any nutritional deficiencies.

Cows and ewes recover faster after lambing or calving, as they lose less body mass. Their ability to reconceive is also better. This improves calving and lambing percentages on the farm.

Creep feed also has additional benefits, explains Frederick. For example, lambs and calves can be weaned earlier or heavier. It also promotes rumen development, which means it is easier for the lamb or calf to adapt in the feedlot. Because the rumen develops quickly and completely, the calf or lamb can be weaned sooner. This increases the animal’s resistance against weaning shock and ensures better weight gain.

There is, of course, a difference between creep feed mixes for cattle and sheep. From trials conducted, he says, it was found that calves can handle high energy levels. According to him, one of the most important aspects of good quality creep feed is that it should contain high quality bypass protein, but no urea. According to researchers, creep feed contains between 16 and 20% protein, while the energy content (grain content) should be as high as possible. Lambs need a feed containing high quality protein and enough energy in order to perform optimally.

Frederick believes that creep feed is a necessity in any profitable livestock farming enterprise. As such, low quality creep feed should be avoided.

“There is no sense in providing poor quality creep feed during the most critical developmental stage of the calf or lamb. You’ll only be wasting your money. Rather buy creep feed of higher quality as this will ensure better growth in your lambs and calves,” says Frederick. – Koos du Pisanie, Plaas Media

A worm strategy that counters resistance