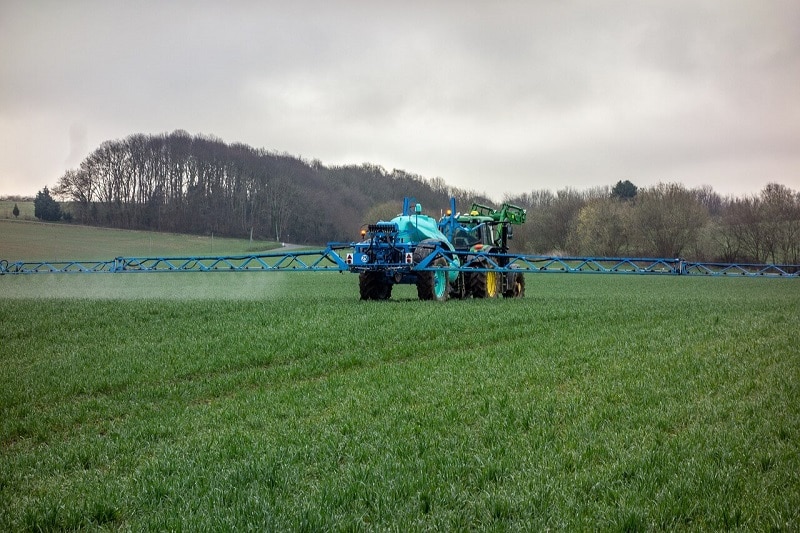 The domino effect of the coronavirus, as it has spread across the globe, has so far had a limited impact on the fertiliser industry. However, the full effects of the global pandemic are starting to show in some sectors owing to cashflow problems caused by decomposing crops, such as fruit and vegetables.

China, having been the epicentre of the pandemic, is starting to return to normal and production rates have increased for all fertilisers. The nation is the largest fertiliser consumer in the world, consuming close to 50m tons/year on average. It is also a key exporter of urea.

When lockdown began in China, the impact was huge in terms of cuts in production owing to a shortage of labour. Problems with transportation (rail, road and sea) also had a big impact up and down the fertiliser value chain, resulting in stocks piling up.

The biggest impact was on phosphoric acid, which is used to produce phosphate. Fertiliser facilities in China’s Hubei province account for up to a third of the country’s total capacity. Because of this, China turned from the largest exporter of diammonium phosphate (DAP) to a net importer.

But as China started to ease its way out of lockdown, the flow of all fertilisers has recovered very quickly, and life is getting back to normal again.

Urea was less impacted in China with Hubei province only accounting for around 3% of China’s total capacity.

Impact on the global fertiliser sector

As the pandemic spread across nations, many countries started to feel the full impact of the deadly virus at a time when fertiliser application was at a seasonal high, particularly in the Northern Hemisphere.

Indeed, during March, demand for all fertilisers was healthy and the value of feedstocks and nutrients held steady and, in some instances, firmed.

There was pressure on pricing in April to May, but the fertiliser sector most certainly did not experience the sharp and dramatic price falls seen in related markets such as gas, oil and petrochemicals.

In June, sentiment has turned and most fertiliser prices have increased.

As the virus took hold as it moved across the global, agricultural and industrial sectors learned lessons from China and many were given government support. The transportation of fertilisers across European borders continued, but with strict measures in place to protect truck drivers and the workforce.

France, which is the largest fertiliser user in Europe, moved through the months of spring with largely no impact on supply or demand, although some cracks are starting to appear now. Cash flow problems are emerging for some farmers and the wet start to 2020, followed by a dry April and May, has damaged crops.

Germany too has seen crops rotting, largely because of the coronavirus. The closure of cafes, bars and restaurants has led to a 60% drop in demand for potatoes for French fries, for example.

Similar to Europe, the pandemic is now raging across Latin America just as the fertiliser season gets into full swing. Demand in the past weeks has been healthy for Latin America, with large volumes of fertiliser moving to Brazil and Argentina.

Marginal producers have continued to operate

The fertiliser sector has fared better during the global pandemic, compared to the petrochemical and energy sectors, in terms of production. Fertiliser manufacturers have benefited from cheap feed and energy costs, meaning that even marginal producers have continued to operate, and the markets have not felt any shortness of availability.

There has been some concern about new capacities due to come on stream in 2020 that can create and oversupply. However, some of these projects are likely to be delayed or pushed back to 2021 because the health and safety of workers is deemed paramount.

Discussions about the impact of IMO 2020 and Brexit on the fertiliser market have been virtually wiped out by the coronavirus and its impact, or rather lack of, so far into the pandemic.

The potential for a sharp rise in bunker fuel prices due to IMO 2020 regulations has not been realised because of the dramatic fall in fuel oil costs.

There appears to have been no serious demand destruction across the fertiliser sector since the first case of the virus outside China was confirmed on 13 January 2020. For many producers, co-operatives, wholesalers and farmers it has been business as usual.

However, the outlook remains uncertain, with much talk and concern about a second wave and what this might mean to already broken economies.

Currency fluctuations, political unrest and huge levels of unemployment in both developed and developing nations will inevitably have an impact in the months and years ahead.

Regardless of these factors, the world still needs feeding, and considering that up to 50% of the food we eat would not be available without fertilisers, this is an industry that will remain robust and continue to be deemed essential. – Julia Meehan, I.C.I.S

For more information please contact Julia Meehan by sending an email to Julia.Meehan@icis.com.