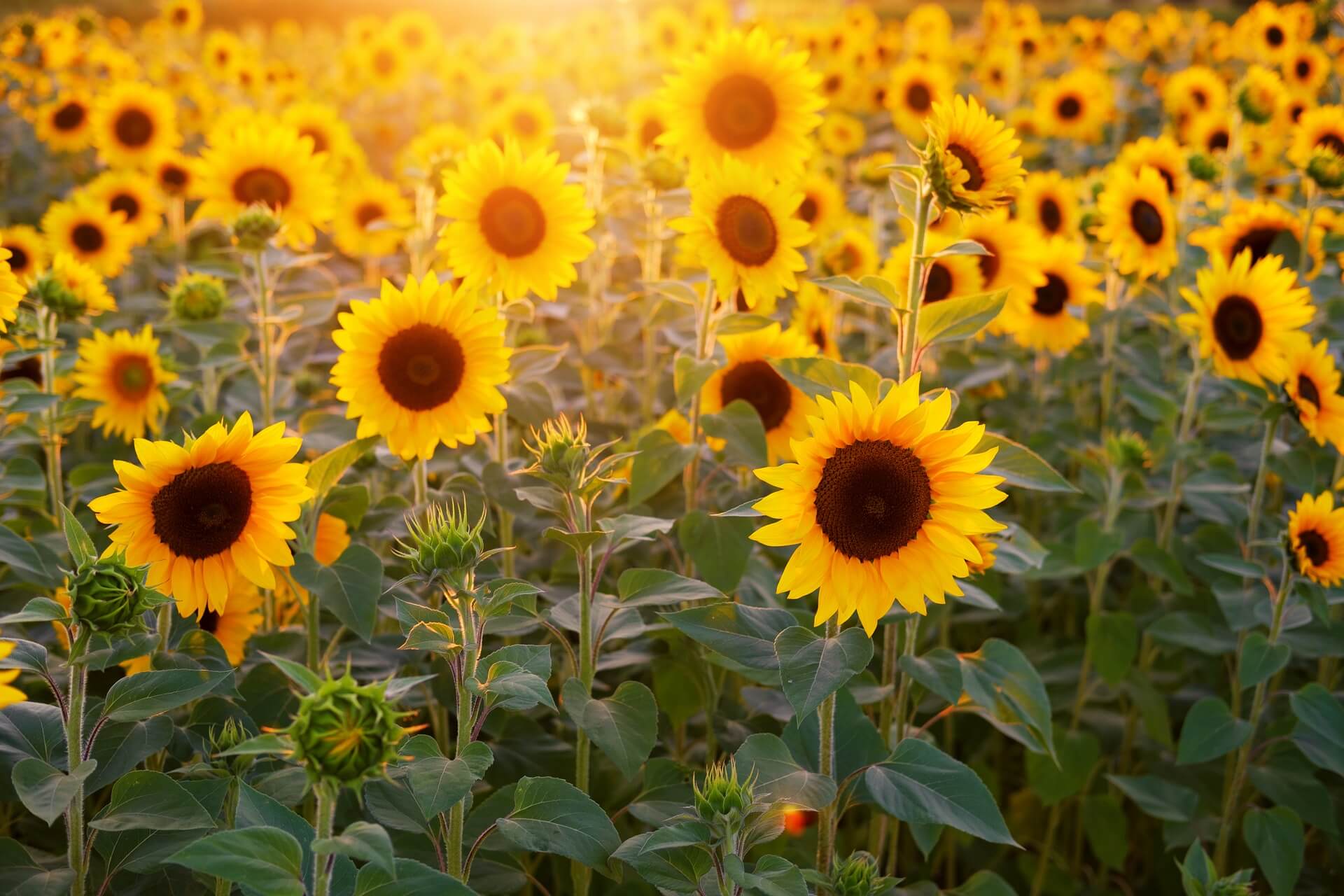 This year, much the same as last year, there are regions in the sunflower production areas that may once again have lower than expected sunflower seed yields. This can be largely attributed to the difficult season and the occurrence of dull sunflower kernels with poor bushel weight. The late plantings, which appeared to be doing well, yielded a large percentage of seed with poor fill. During harvesting poorly filled seed blows out at the back of the combine harvester, causing lower than expected yields.

The period in the growth cycle of the sunflower plant during which the number of seeds per flower is determined, starts as early as flower initiation (R1) and continues to the first phase of seed fill (R7). This period runs from about 30 days before flowering, to about 20 days after flowering. It covers a significant portion of the sunflower plant’s growth and development cycle and includes several shared and sequential processes of plant development, including leaf initiation, stem and root development, flower initiation, flowering, pollination, fertilisation, seed set and early seed fill.

There are several factors that may contribute to poor seed set and grain fill in sunflower seeds, including genetic, physiological, agronomic and environmental factors.

Plant stand, and its effect on plant development and flower size, plays a significant role in the number of individual flowers that occur per flower head. The sunflower usually consists of 1 000 to 4 000 small individual flowers that flower from the outside to the inside of the floral structure over a period of roughly five to ten days.

The physiological mechanisms that regulate seed set and grain fill in sunflowers are very complex. Insufficient photosynthate provision (source limitation) is mainly responsible for poor seed development and grain fill. The term ‘source-sync’ refers to the relationship between the source of photosynthate and the final point of use or, in this case, the relationship between the plant’s leaf surface and the number of individual seeds on the flower head.

Studies show that the percentage of dull kernels per flower can be manipulated by changing the ratio of the amount of photosynthate to consumption or need by manipulating the leaf surface to flower surface. In general, it has been found that an increase or decrease in the leaf surface to flower ratio, has improved or impaired seed set and seed fill. The effect of this source-sync ratio is greatest in the centre of the flower and weakest on the outside of the flower. Seed mass is affected right across the floral surface.

Photosynthate deficiencies or so-called ‘source limitation’ is a major reason for poor seed set and grain fill in sunflower production under normal production conditions. A study conducted by Alkio et al. shows that each leaf provides photosynthate to a specific 25 to 35% sector of the flower head, and that the top 10 to 15 leaves are mainly responsible for the photosynthate transported to the flower head. From these trials it can be seen that the leaf surface to flower ratio is very important for grain fill.

If seed set does not occur, a shell with a dull seed forms (hollow sunflower seed). From these studies it can be seen that the occurrence of hollow seed (up to 20% of tubular flowers) is quite common, even under normal cultivation conditions with no significant yield loss, since flowers compensate by filling the gaps. The plant’s photosynthate factory, the leaf surface, must be protected at all times. This means that leaf diseases such as Alternaria, which can cause a loss of leaf surface and photosynthetic efficacy, must be guarded against.

This relates to management decisions that have a direct impact on plant development and the final grain yield. Management decisions such as planting date, plant stand, field selection (soil pH), and fertiliser levels have a significant effect on plant development and final yield. During this season, planting date, as a single factor, may have exerted the greatest influence on sunflower production. Planting date trials conducted by the Agricultural Research Council (ARC) at Potchefstroom show that sunflower production is, for the most part, adversely affected by planting dates later than December.

Sunflower is very sensitive to aluminium toxicity. Optimal sunflower cultivation takes place at a soil pH (KCl) between 5 and 5,5. Soil with a pH (KCl) of 4,7 and below should be avoided. Sunflowers are more sensitive to low pH and high acid saturation than maize. The effect of soil pH on the availability of nutrients to the plant is well known.

At a relatively low soil pH, important micro-elements such as boron and molybdenum are not necessarily available to the plant. Boron is one of the micro-elements needed for normal growth and development in plants. It plays an important role in cell division, and deficiencies lead to weak and abnormal cells. The occurrence of broken neck in sunflowers due to a boron deficiency has been described. Boron is also needed for pollen vitality, pollen germination, elongation of the pollen tube and seed development.

The flowering stage is the most sensitive growth stage to boron deficiency. Deficiencies have little effect on vegetative growth, but cause problems with seed set due to early embryo death; severe deficits lead to broken stems. Fertiliser trials show the positive impact of boron on pollen viability and seed set.

An imbalance in administered nutrients (N, P, K) can also have a negative effect on yield. Mulder’s Chart shows the synergism and antagonism of different nutritional elements to one another. Excess nitrogen (N) has an antagonistic effect on the uptake of elements such as potassium, copper and boron. The suppression effect of excess nitrogen on the oil percentage of sunflower has been described.

During the crop’s life cycle, environmental conditions can potentially have a major effect on the grain yield of the sunflower plant. Conditions involving high or low temperatures, heavy rains and persistent wet periods during flowering are beyond the control of the producer, but often have a significant effect on seed set and grain fill. Moisture stress is a highly significant environmental factor exerting a negative impact on sunflower production.

Mohan Reddy et al. (2003) showed that moisture stress that negatively affects the leaf surface index and dry matter accumulation during the flowering period, played the greatest role in lower yields. Moisture stress during the period from early flowering to early seed set leads to a decrease in the leaf surface index and consequently restricts the yield determining components. The lower than expected yields associated with the 2017/2018 season’s sunflower plantings and the incidence of a high percentage of dull sunflower seeds, poor bushel weight and low oil percentage can be attributed to the cumulative effect of some of the factors mentioned here. The later than normal planting date may have contributed the most to lower yields, primarily due to a lower percentage of photosynthetically active radiation (PAR) available to be intercepted by the plant for photosynthesis. – Corné van der Westhuizen, agronomist, Pannar Seed

Electricity and energy in agriculture: What does the future hold?