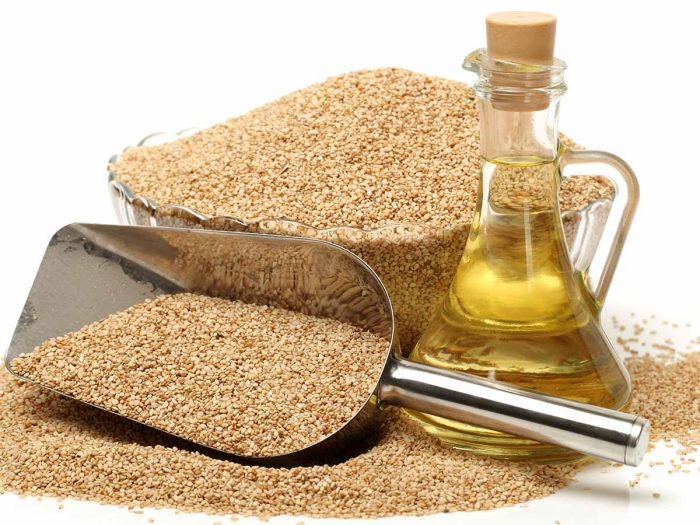 The global sesame oil market revenue amounted to US$6.9 billion in 2017 (IndexBox estimate), flattening at the previous year (2016). This figure reflects the total revenues of producers and importers (excluding logistics costs, retail marketing costs, and retailers’ margins, which will be included in the final consumer price). In general, sesame oil consumption continues to show a strong increase. Growth was the most rapid in 2011, when the market value increased by 23% against the previous year. Global sesame oil consumption peaked at US$7.2 billion in 2014; from 2015 to 2017 it has fluctuated at lower levels.

Sesame oil is made from sesame (Sesamum indicum), an annual herb from the Pedaliaceae family, which contains high levels of the natural antioxidants sesamol, sesamolin and sesamin oils. Sesamin is a lignin with anti-inflammatory properties, and contains vitamin E, which helps keep skin strong and supple. Meanwhile, sesamol has more than two dozen useful pharmacologically active properties, most of which work to improve cardiovascular health. Sesame oil is commonly used for cooking in Southeast Asian cuisine and is also used as a gourmet oil in salad dressings. In addition, it is used in cosmetics and other health and wellness products. Its popularity is growing in Europe, where it is marketed as a high quality oil.

In 2017 about 1.6 million tons of sesame oil were consumed worldwide; a drop of 2.3% against the previous year. Overall, the total consumption indicated a notable growth from 2007 to 2017: its volume increased at an average annual rate of 3.6% during the last decade. The trend pattern, however, indicated some noticeable fluctuations throughout the analysed period. Based on 2017 figures, sesame oil consumption decreased by 6.8% against 2015 indices. The most prominent rate of growth was recorded in 2014, with an increase of 14% against the previous year. Global sesame oil consumption peaked at 1.7 million tons in 2015. However, from 2016 to 2017, it failed to regain its momentum. This decline was caused by weakened consumption in Asia and Africa over the last two years against the backdrop of a slowdown in the economy and reduced income growth.

Countries with the highest volumes of sesame oil consumption in 2017 were Tanzania (362 000 tons), Myanmar (333 000 tons) and China (249 000 tons), with a combined 58% share of global consumption. Mozambique, India, Sudan, Japan, South Korea, and Turkey lagged somewhat behind, together accounting for a further 25%.

From 2007 to 2017, the most notable rate of growth in terms of sesame oil consumption, amongst the main consuming countries, was attained by Mozambique (42.8% per year), while the other global leaders experienced more modest paces of growth.

Consumer taste preferences, dietary habits, knowledge of properties and mode of use of sesame oil determine choice between it and the other edible oils. Worldwide, the rates of growth in terms of sesame oil consumption and market trends vary significantly. Thus, in the U.S. and Europe, market growth is kept buoyant by the current trend towards heathy eating and lifestyle, along with increasing incomes in developed countries.

The expected positive global trend movement is also buoyed by the fact that the global population is increasing; rising household income figures and affluence, particularly in countries such as China, Korea, Malaysia, is set to translate into the increased consumption of more manufactured goods containing sesame oil.

On the other hand, the growth of consumption has also softened over the last three years against the backdrop of a slowdown in the global economy. However, the above-mentioned fundamental trends remain positive in terms of the market outlook, which will keep market growth up in the medium term.

As projected by IndexBox, the market is expected to start an upward consumption trend over the next decade, driven by increasing demand for sesame oil worldwide. However, market perfomance is forecast to decelerate against the previous decade, expanding with an anticipated CAGR of 2.2% for the period from 2017 to 2025, which is projected to bring the market volume to 1.9 million tons by the end of 2025. – IndexBox