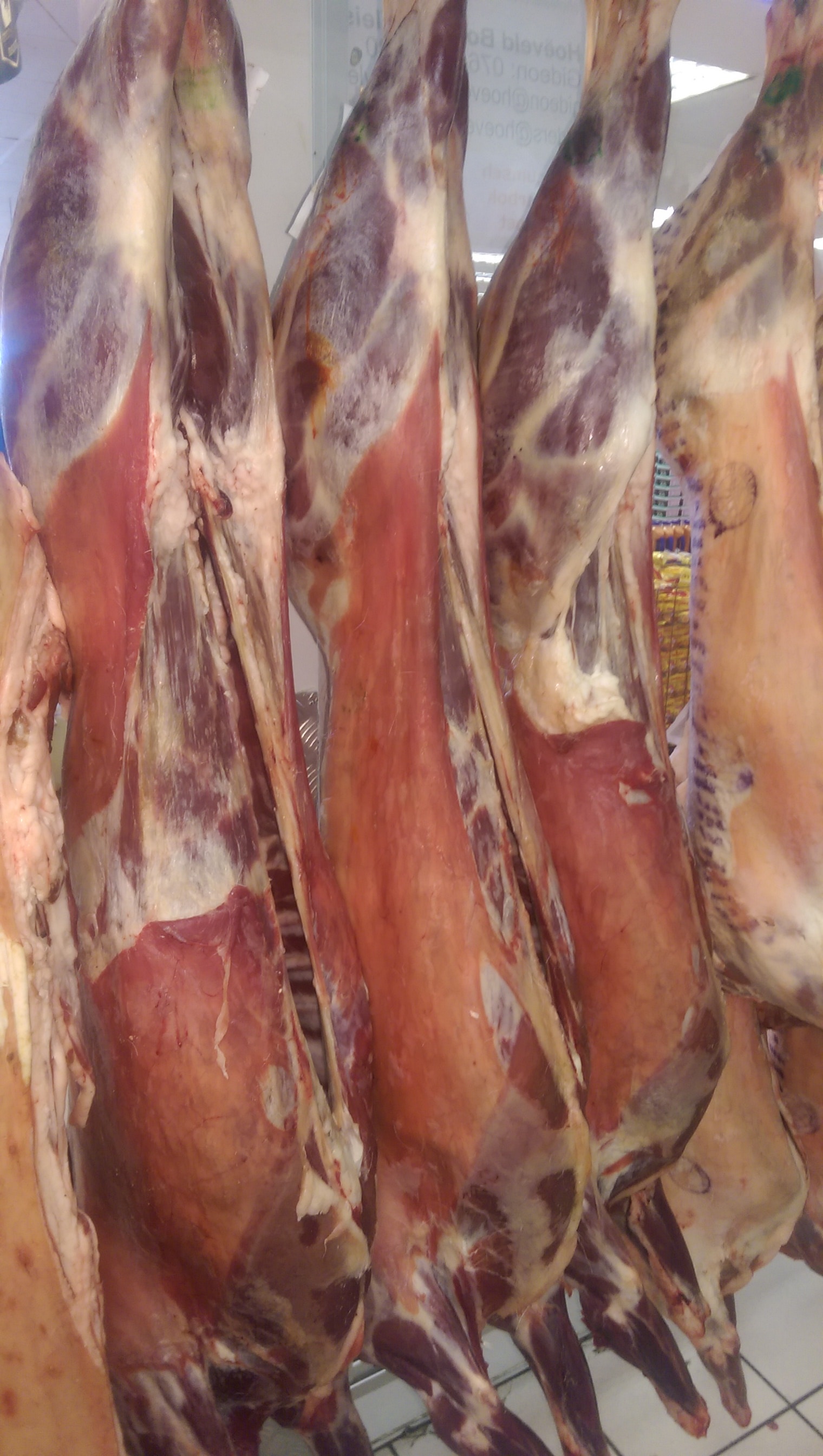 Due to its health value and excellent taste, goat meat has become more popular among consumers over the past few years, and goat farmers simply cannot keep up with the demand. It is expected that this demand will continue to increase in future. The price of goat’s meat, which was previously regarded as a relatively cheap meat aimed at the informal market, has therefore increased to levels 35% above that of mutton.

But why is this product in such short supply? Stockfarm spoke to Conrad Herbst, a Boer goat farmer and industry role-player, to find out more.

According to Conrad, Boer goats produce healthy meat with a low cholesterol content, and is recommended by the Heart Foundation. “The meat is fragrant, juicy, tender and visually appealing. As a result, it is quite sought after.” Table 1 illustrates the cholesterol and protein levels in goat meat.

Table 1: Chemical composition of goat meat compared with other species per 100g.

According to Conrad, goat meat is the most popular meat in the world – more popular than beef, fish and chicken. Goats are found in North and South America in particular, and since these nations do not generally enjoy mutton, the demand for goat meat is high.

Jessica Miller of the University of Michigan confirms this in her research, which indicates that almost 63% of the world’s population consumes goat meat. This trend is particularly common in South Asia, the Middle East and Latin America. Goat meat is also increasingly featured on the menus of American restaurants.

Conrad says that, following a recent deal with a retailer, he and a partner simply could not meet the demand and had to terminate the contract. “Demand increased from one carcass in the first week to around 15 carcasses in the fifth week. If I had a goat for each call I received over the last three weeks, I would have had a lot of money,” he says.

South Africa is a water-scarce country, which means that the same amount of livestock produced in other countries cannot be realised in South Africa. When talking to experts, there are different opinions about the hardiness of Boer goats. While the general feeling is that these goats are hardy, can survive on little feed and are not prone to diseases, others say that sheep fare much better than Boer goats.

He believes that Boer goats do not perform as well as cattle and sheep in feedlots, as they will literally eat up the profits of the feedlot. “In addition, Boer goats do not gain weight as quickly, which means that they cannot be kept efficiently in a feedlot. The break-even point for Boer goat farmers is 400 goats. Extensive Boer goat farming is therefore the most profitable, in my opinion, although you obviously need land to farm extensively.

“However, one thing everyone agrees on is that Boer goats effectively utilise the area. The goats prefer small trees and shrubs as basic diet, but their excellent economic value lies in the fact that they can use certain plants that are less appealing to other breeds.

Experiments conducted at the Omatjenne experimental farm in Namibia showed that Boer goats consume 74% leaves and 26% grass. As a result, cattle and goats can live in symbiosis in order to produce maximum meat per hectare.

The picture that Conrad paints in this regard is a rosy one. “When you farm on 2 000ha of land with cattle and Boer goats, you effectively have the resources of 4 000ha of land at your disposal. This symbiosis also means that Boer goats can even keep weeds and invasive plants under control with their grazing preferences.

“The goats can survive with less grazing and feed supplements, making them very attractive to subsistence farmers. Under normal circumstances, six to eight goats roughly require the same grazing as a horse or an ox; in an unspoilt environment, nine to eleven goats can easily live alongside one large animal.”

According to Conrad, most slaughter goats in South Africa are sent to KwaZulu-Natal. This market mainly consists of Zulu people as well as Muslim and Hindu communities. The demand is so high at this stage, that goats are imported all the way from Namibia. There are goat farmers who even sell some of their stud animals due to the insatiable demand and excellent meat price.

Farmers in the northern parts of South Africa, which has traditionally been a beef production area, have also systematically invested in goat farming.

So how can the Boer goat industry in South Africa meet this huge demand? “Although there are improvements in genetics, the industry is restricted by climate and grazing,” says Conrad.

The home of Boer goat genetics

“While it takes South and North American male kids approximately ten to eleven months to reach a weight of 50 to 55kg, rams with South African genetics reach this weight within 4,5 months. The weaning weight of Argentina’s goats leave much to be desired, tipping the scales at a mere 14 to 15kg.”

He says his ram, Chivas, was one of the first kids in South Africa to reach a weaning weight of 32kg. “Several years ago, the average weaning weight was between 24 and 25kg. However, some of Chivas’s progeny weighed as much as 38kg at 100 days.”

Conrad says these days the issue of feed conversion and growth are receiving far greater attention from keen breeders of Boer goat genetics.

Following requests from the Red Meat Producers’ Organisation (RPO) and the South African Boer Goat Breeders’ Society, class A goat meat (kids) has been marked with blue ink since May 2018, and no longer with orange ink as before. According to Pip Nieuwoudt of the Western Cape Boer Goat Club, it is excellent news for the goat industry, since they can now negotiate with supermarket groups and consumer organisations for a premium on goat meat. –Elmarie Helberg, Stockfarm