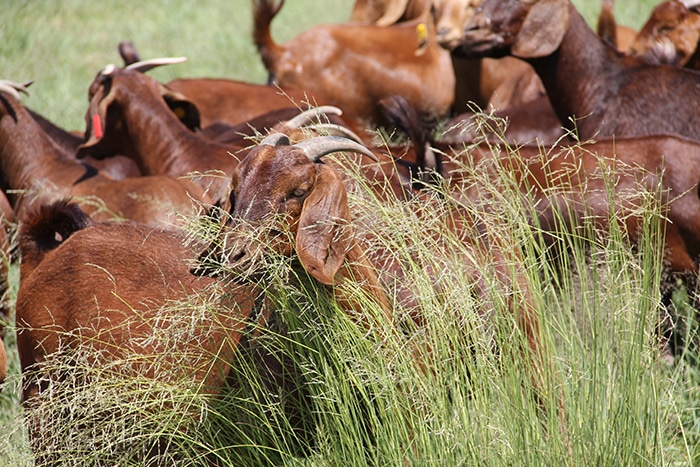 A livestock producer’s biggest task is to have enough grazing to feed his animals. Good-quality grazing grass should also be available throughout the year, when and where it suits the producer.

Cultivating pastures can be a breeze if you have water and enough space. And while a solid stand of cultivated grazing will require some capital, it may well yield greater dividends than you expected. However, there are some pitfalls to avoid, especially in the stages prior to planting your grazing.

Producers can choose from a myriad summer grazing crops and species, but once you have settled on a type, it is essential that you take the right decisions going forward. While each species has specific traits which determine its cultivation, there are several variables that must be considered. Climate, rainfall, soil type, soil condition, location, altitude and so on determine which species are optimally adapted to a certain area.

This is according to Johan Olivier of Selected Seeds, an expert who works across the country ensuring that producers make the right choices. He says several stalwart grasses are utilised for summer grazing. Perennial species include Eragrostis, Smutsfinger grass, Rhodes grass, white and blue buffalo grass, bottle-brush grass, kikuyu, Bermuda grass and Bahia grass. Annual summer grazing that producers can rely on include teff grass, sweet sorghum, feed sorghum and babala.

Some producers plant only one type, while others prefer planting a variety – usually as a once-off mix – allowing for longer availability of good quality grass.

Do your homework before buying

Johan believes it will be a mistake to use just any mix. Each producer’s farm is unique, and he or she must decide beforehand what the purpose of the cultivated grazing is before compiling a mix. Is it aimed at grazing, haymaking or both? Or will it also be used for silage?

“Once these aspects have been clarified, you need to see whether the ideal mix will thrive in your environment in respect of the rainfall and temperature requirements of the species in the mix. “Each species has different needs in terms of climate and soil, and some species are better adapted to specific regions than others,” he explains.

He adds that soil composition, clay percentage, drainage capacity, sodium content and pH levels all determine whether the chosen mix is suitable for the soil and environment.

According to him, the following aspects must be borne in mind:

The purpose of a mix

Why is it better to plant a mix? “A mix consisting of different grasses means you can maximise the amount of biomass per unit area, as well as optimise the grazing’s quality for as long as possible,” Johan explains.

Precision farming, he says, involves some key aspects. Firstly, the producer is attempting to work with nature by maintaining and promoting ecosystems so that nature, in turn, will support the producer. At the same time, risks must be spread. Where grazing is concerned, a variety of grasses will spread the risk. The third aspect is applying holistic farming practices in terms of which one aspect of the farm will support and complement the other.

As with many other activities in the farming enterprise, these three core aspects can serve as a basis for cultivating summer grazing. “Incorporating a diversity of species in the grazing mix will allow the ecosystem within the grazing system to change, thus spreading the risk within the mix. Soil differences can occur on the same field while rainfall patterns also tend to differ from farm to farm. A mix is therefore ideal for spreading the risk on a field, farm or even within a region,” says Johan.

This way, a producer can also promote micro ecosystems, reduce risk and improve the fodder flow programme on the farm using the specific planting.

According to Johan many producers opt to plant a mix of grass species in order to increase yields per hectare and reduce weed pressure. Other farmers prefer monoculture as it suits their management style. In these cases grass can dry uniformly during haymaking. The producer must decide what the purpose of a grazing mix should be and whether it will suit the farming system.

Some livestock producers choose to refer to themselves as grass farmers rather than livestock farmers. What they are actually saying is that they need a consistently successful fodder flow programme to carry their animals through.

The aim with a fodder flow programme is to gather enough feed to sustain the herd over a twelve-month period. Enough feed implies that all available sources, including natural veld, cultivated pastures, silage and crop residues, must be ready for use every month so as to meet the requirements of the entire livestock factor.

“It essentially entails an interaction between natural resources which include veld, cultivated grazing, climate and soil, as well as stocking rate and management activities of the livestock producer. A producer will continuously vary the livestock factor as it increases or decreases, which means the fodder flow programme will need some adjusting. More feed will therefore be produced during certain times of the year and stored for those times when optimal feed production poses a challenge, such as in winter and during a drought.”

Cultivated grazing mixes might not alleviate all fodder flow problems, but it can drastically relieve the pressure on fodder flow. “Should the producer’s cultivated pastures be suitable for the farm and environment, and if the climate is favourable, the producer will be able to maximise his yield, which will support effective fodder flow management,” he says.

In Johan’s opinion, on-farm management plays a significant role in the fodder flow programme. “It is essential that a producer has a plan when it comes to fodder flow and the farm. Is the goal simply to keep your livestock alive throughout the year, or do you want to consistently optimise their condition?”

Cultivated summer grazing might just be the ideal solution to these problems.
– Koos du Pisanie, Stockfarm