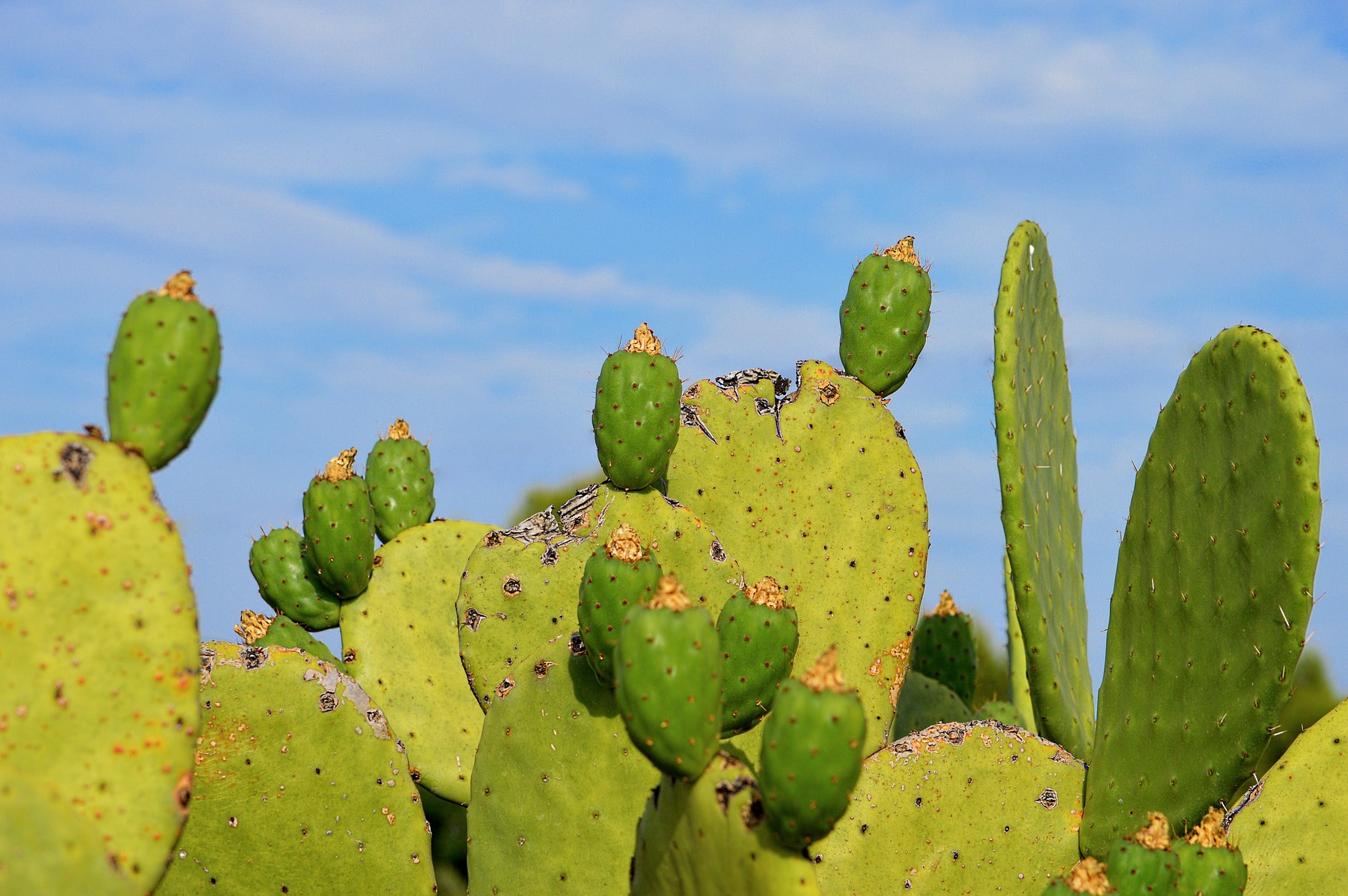 The University of the Free State (UFS) is promoting sun-dried spineless cactus pear (Opuntia ficus-indica) cladodes and fruit as major ruminant feed sources. Cactus pear, specifically the spineless form, is underutilised as a multi-use crop in South Africa and this situation needs to be addressed urgently.

Cactus pear (Opuntia spp.) was reported in 1772 in South Africa and 22 spineless cultivars were imported in 1914 from the Burbank Nursery in the Unites States. Spineless cactus pear (Opuntia robusta) was established in the Karoo by farmers as drought tolerant feed crops and the cladodes fed to livestock.

Cultivars of O. ficus-indica have been promoted for export. The plants are pruned to stimulate fruit quality and yield cladodes that can be utilised by livestock. The high water content of cladodes restricts its use by livestock to the close proximity of orchards. Dry cladodes make it is easier to process, transport and store material for longer periods.

Sun-dried, coarsely ground cladodes were included in balanced diets to replace lucerne (Medicago sativa) hay without marked effects on feed intake, digestibility, rumen variables, and growth of young sheep. Sheep drank more water at higher levels of sun-dried cladodes and water retained in the distal gastrointestinal tract (GIT) is excreted as wetter faeces and not as urine. This phenomenon is widely perceived to be diarrhoea.

Partially dried cladodes are increasingly fed to livestock by farmers. Recently, mashed cactus pear fruit were preserved on straw and hay as kuilmoes and it created a new use of spineless cactus pear as feed for ruminants.

Cladodes are used in several ways, but it is easy to utilise spineless cactus pear directly by allowing animals to browse the plants; it requires little labour but is not advised because of undue damage to plants. However, if the animals are not controlled there is risk of overutilisation, especially if other forage is absent or scarce.

Utilisation by livestock with less waste is possible by chopping the cladodes (chaffing) before feeding. Chaffed cladodes can also be dried, milled and stored for later use during droughts or to feed fresh cladodes and increase DM intake.

Sun-dried cladodes and mashed fruit preserved on straw and hay can be used by ruminants, provided it can compete with conventional feeds.

Spineless cactus pear cladodes have been included in balanced diets for sheep since 2004 at the UFS. Some lucerne (Medicago sativa) was substituted with sun-dried, coarsely ground cladodes in diets and the effects on voluntary feed and water intake, digestibility of diets, rumen variables, and growth of young Dorper sheep were determined.

Sun-dried spineless cactus pear (O. ficus-indica) cladodes and kuilmoes can be utilised as major ruminant feed sources. Two of the largest cactus pear fruit producers in South Africa have started to utilise the cladodes in considerable sections of their fruit producing orchards as feed for livestock.

On one farm the cladodes are shredded into strips and partly dried for a few days in the sun before feeding it in a cafeteria system to cattle in a feedlot. A major initiative is now needed in South Africa to increase the total area under cultivation for this multi-use crop for utilisation by people and livestock.

The chemical composition of prickly pear cactus (PPC) is affected by various factors such as the age of the plant, season of the year and plant parts. In general, the nutritional content of PPC is characterised by a high water content, medium energy content, high calcium (Ca) and potassium (K), medium fibre, and low protein and phosphorus (P). The acid-detergent fibre (ADF) is approximately 15 to 16% and the neutral-detergent fibre (NDF) 32 to 37%.

Despite its importance as forage, the mineral content of the PPC has rarely been analysed, however, among the few reports available are those cited by Bravo (1978). According to published reports, the major minerals in cactus pears are Ca and K, and to a lesser extent magnesium (Mg), silica (Si) and sodium (Na) and small amounts of iron (Fe) and aluminium (Al), predominantly in the form of chlorides, sulphates and phosphates.

Fuentes et al. (2003) concluded that PPC can meet the requirements of minerals such as Ca, Na, K and Mg but not P, copper (Cu) and manganese (Mn), whereby the cactus can be considered as an important source of minerals throughout the year.

Other important features of PPC mentioned by Hamilton (1992) are the ease of establishment, survival mechanism because of the spines, it is evergreen, it is a dual-purpose plant that helps maintain ecological balance, long life, high biomass production, tolerance to cold and heat, adaptability to a wide range of soils, disease resistance, plants do not compete with grasses due to their root system, low maintenance cost and high availability.

Its use is more common among small producers, as it can sometimes be the only option available to sustain animals during critical times of the year, such as winter or drought, although some producers use it throughout the year.

Several trials have been done with dairy cows, growing cattle, sheep and goats. In general, cactus inclusion in the diet is beneficial and results will depend on the type of feed cactus is replacing. Replacing poor quality roughage, such as straw or low-quality hay, with cactus usually increases animal performance if the nutritional limits of NFC and NDF are balanced. Cactus can also totally replace concentrate feeding, such as corn, with no effect on milk yield.

Some results demonstrating animal performance are summarised in Table 1.

PPC plays an important role in the feeding of ruminants in arid and semi-arid areas, especially during critical periods of the year. There is a need for research to evaluate the use as well as methods to improve the nutritive quality of this valuable resource. – Prof HO de Waal, UFS

Prof De Waal is from the Department of Animal, Wildlife and Grassland Sciences at the University of the Free State. For enquiries, contact him on 083 645 8958 or send an email to deWaalHO@ufs.ac.za.