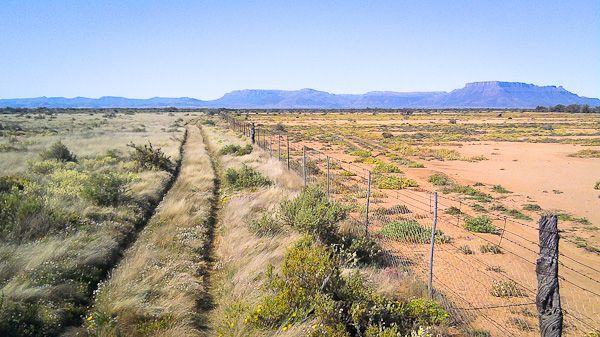 She first discusses the value of holistic management and precedes the article with a quote from the 2012 TED Talk by Allan Savory:

“Coal, oil and livestock are blamed for causing desertification. But those are all resources and no resource can cause a problem. It is only our management of the resource that can be to blame.”

“The most massive tsunami is bearing down upon us. This storm is mounting an increasingly grim reality, and we are facing that reality with the full belief that we can solve our problems with technology, and that’s very understandable. Now, this storm that we are facing is the result of our rising population, rising towards ten billion people, land that is turning to desert and, of course, climate change.

Now there’s no question about it at all: we will only solve the problem of replacing fossil fuels with technology. But fossil fuels – carbon, coal and gas – are by no means the only things that are causing climate change.

Desertification is a fancy word for land that is turning to desert, and this happens only when we create too much bare ground. There is no other cause.

We know that desertification is caused by livestock – mostly cattle, sheep and goats overgrazing the plants, leaving the soil bare and giving off methane. Almost everybody knows this, from Nobel laureates to golf caddies, or were taught it, as I was. Now, the dusty and bare environments, like you find in Africa where I grew up, were caused by livestock. I loved wildlife, and so I grew up hating livestock because of the damage they were doing. And then my university education as an ecologist reinforced my beliefs.

Well, I have news for you. We were once just as certain that the world was flat. We were wrong then, and we are wrong again. And I want to invite you now to come along on my journey of re-education and discovery.

When I was a young man, a young biologist in Africa, I was involved in setting aside marvellous areas as future national parks in the 1950’s. As soon as we removed the hunting, drum-beating people to protect the animals, the land began to deteriorate.

No livestock was involved but, suspecting that we had too many elephants now, I did the research and I proved we had too many, and I recommended that we would have to reduce their numbers and bring them down to a level that the land could sustain. Now, that was a terrible decision for me to have to make, and it was political dynamite, frankly. So our government formed a team of experts to evaluate my research. They did. They agreed with me and, over the following years, we shot 40 000 elephants to try to stop the damage. And it got worse, not better. Loving elephants as I do, that was the saddest and greatest blunder of my life, and I will carry that to my grave. One good thing did come out of it: It made me absolutely determined to devote my life to finding solutions”. Click here to watch the TED Talk.

The biggest threat to wildlife is habitat loss, either through development that overruns habitat or, more commonly, through habitat degradation or desertification. We have environments where humidity is guaranteed throughout the year. In these environments it is almost impossible to create vast areas of bare ground. No matter what you do, nature covers it up very quickly. And we have environments where we have months of humidity followed by months of dry conditions, and that is where desertification is occurring, causing habitat loss on two-thirds of our planet’s land mass.

The two-thirds of our planet’s land mass that receives rainfall seasonally, with long dry or cold periods in between, are all gradually turning to desert. These are primarily grasslands or savannas where, over millennia, the soils, plants and animals developed together with many millions of large herding animals. These animals remained concentrated and moving in the presence of the pack-hunting predators that evolved with them. This behaviour of large herds, constantly on the move to avoid feeding on their faeces, led to soil disturbance, laying a soil covering, and fertilising with their dung and urine.

These grazing herds and their predators were vital to maintaining the health of the grasslands. While soil exposure due to fire or overgrazing was long observed, what had been overlooked was that all life in areas of seasonal rainfall would also be harmed by resting the land. If the land didn’t have large herds of animals periodically churning up the soil surface with their hooves, trampling down the grass plants to create a protective mulch, and fertilizing the soil with their dung and urine at the same time, it would damage the land just as much as overgrazing or frequent burning. As any gardener knows, plants grow in disturbed, aerated soil, covered with mulch; but somehow we missed the fact that this also applies on a much bigger scale.

The large grazing herds and their pack-hunting predators maintained vast regions of grasslands in sound condition for millions of years. But soon after humans developed language and the ability to organise and to make spears and build fires, they decimated the wild herds and replaced them with livestock, that no longer feared pack-hunting predators (because herders protected them) and their behaviour changed. Fewer animals and less bunching and movement resulted in overgrazed or over-rested plants that died prematurely. People took to burning the over-rested plants to remove the old uneaten stems and leaves, thus exposing the soil further. The soil became increasingly less able to hold water and began to desertify. Not only that, when fire leaves the soil bare, it also releases carbon, and burning just one hectare of grassland gives off masses of environmentally damaging pollutants. In Africa alone, we still burn over a billion hectares of grasslands every year and hardly a word is said about it.

Nature works constantly to maintain balance and synergy. Everything relies on everything else to survive and stay healthy. When humans upset this balance, as we have from our earliest beginnings, through our reductionist management (addressing an immediate need, want or desire) and not taking the ‘whole’ into consideration, things start to go wrong. Even though nature has ways to adjust to these upsets, our mismanagement has pushed things to the point where there is little room left for adjustment and now we’re watching entire ecosystems begin to collapse.

What Allan Savory had discovered was that desertification is the cause of a great many of the problems we face today – loss of wildlife through habitat destruction and commercial poaching, increasing frequency and severity of droughts, poverty, social breakdown, conflict, terrorism and mass emigration, changing the political face of Europe. And that climate change is a symptom of global desertification. Where, historically, this has led to the failure of many civilisations in all regions of the world, it is now occurring on such a global scale that it threatens us all. And he realised this was not being caused by any of the many things society blames, but that it is caused simply by how we have always managed our lives and resources.

Absolutely everything we do affects everything else – it is all complex, but when making management decisions, we have always reduced this web of complexity to just meeting desires, needs, or solving problems, without any consideration to the ‘whole’ (our cultures, environment and economies that are inescapably involved.) In other words, our management has always been reductionist.

I will simplify what I mean by reductionist management, by using the following example:

Many African parks are completely artificial in their management, with water pumped for animals in the dry season, keeping them sedentary when they should have moved away. The natural disturbances of pack-hunting predators, including people, have been diminished, due to the removal of people. Every year, a huge amount of money is needed to dig boreholes and pump water for the animals because it is almost a desert and thousands die of thirst. They also die of starvation, due to lack of grazing and then the predators thrive by picking off the weak animals, creating a total imbalance in wildlife. While providing water seems a logical and kind thing to do, it leads to unintended consequences – more animals die of either thirst or starvation because the deterioration of their habitat just gets worse every year. Such unintended consequences are typical of reductionist management. We have practised it for centuries, while watching our environment continue to deteriorate, despite our best efforts. It is called reductionist because the inevitable environmental, social and economic complexity (complexity means something with a lot of pieces that fit together, like a puzzle) is reduced to the problem (the lack of water) as the reason for management actions, and nobody is looking at addressing why there is no water in the first place.

Over the past 50 odd years, a better way of managing has been developed and it enables us to save wildlife by addressing the root cause of the water drying up, or lack of grass, which is causing starvation. In order to address the full web of social/cultural, economic and environmental complexity, the holistic management framework needs to be used which, rather than reduce the web of complexity, as we’ve always done, you develop one over-arching reason for management – this is the holistic context. If we managed our national parks using a holistic context – putting all the pieces of the puzzle together – within a few years there would be grazing and water for all the animals. Gardeners will understand this – surface water is an indicator for soil carbon; the more soil organic matter, the greater the water holding capacity. As soils are restored, water tables are replenished, rivers will run longer and surface pools will remain longer into the dry season and you wouldn’t have the massive expense of having to dig boreholes every year.

Holistic management recognises that, over most of the world’s desertifying savannas and grasslands, we need to use large animals (domestic and wild) with altered behaviour to regenerate grasslands – returning them to their former productivity and stability. It starts by identifying the ‘whole’ being managed – the people involved, the economy they operate within, and the land and the life upon it. Those people then create a context (or reason) for their management that reflects their values and the environment needed to sustain them. This ties directly into the management of livestock grazing which, through the Holistic Planned Grazing process, ensures that the herd successfully mimics the vital predator-prey relationship to create the landscape and wildlife habitat desired. Where managers have used livestock to regenerate areas with large wildlife populations, the results are astonishing. Grasslands become healthy and lush again and wildlife populations healthier and more numerous as their habitat regenerates.

When you see the incredible and irrefutable results of holistic management, I guarantee, you will be filled with great hope for the future of our wildlife, our children and our planet.