Home Magazines How much violence is permissible as defence? 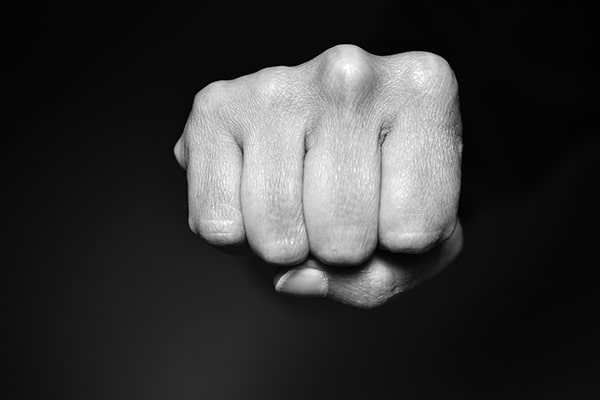 Rural areas in South Africa have recently been plagued by what can only be labelled as terrorist attacks. The brutality towards defenceless victims is unprecedented and these crimes, based on the obvious physical and psychological harm inflicted on victims, do not fit the category of ordinary crimes.

While awareness is being created on political and other fronts, it is also necessary that farm owners and workers equip themselves with basic knowledge that, at times, must be applied in the most dire of circumstances. Even if an error of judgment is made, the practical application of basic knowledge in certain circumstances would still be more advantageous than acting in total ignorance.

In a bid to provide more clarity on a very ambiguous legal issue, we look at a few principles that may apply during an unlawful attack and during which a victim must act to fend off the attack, but where it is not necessary to take the attacker’s life. These are circumstances where the attack cannot reasonably be considered life-threatening.

A person who, for example, is facing an assault charge and who uses self-defence as plea will have to prove in a court of law that he/she had met the three basic requirements against which self-defence action is measured. The following questions must be answered:

At face value the questions seem reasonably simple, but the ambiguous element relates to the fact that the answers to the first and last questions will require the court to issue a value judgment on the facts in order to decide whether a particular action was legally justified.

A value judgment occasionally tasks courts with the exercise of being in touch with community perceptions on certain matters and then using these perceptions to determine whether a person’s actions were reasonable.

If the court has to decide which interest to protect, the community’s opinion as to what constitutes a protectable interest will determine whether the first question, in the interest of the accused, is answered positively. If the court must decide on the balance between the defence and threat of an attack, the court will once again have to make a value judgment in accordance with the community’s views.

In a country such as South Africa, value judgments and community perceptions are complex issues, as South Africa is plagued by serious violent crimes against innocent citizens. The unpredictability of certain seemingly minor crimes that can suddenly turn into more serious, more threatening conduct, as well as the options available to the victim when acting in self-defence, complicate this task even further.

An approach of minimum violence

Practically and without offering a comprehensive answer, an approach of minimum violence in circumstances that warrant self-defence would be the best approach.

At the same time, the convenience of any doubt regarding the appropriateness of conduct under specific circumstances, and on the part of the person who is the target of an attack, should compel the victim not to use excessive force. This is when doubts relating to the appropriateness of a particular action during self-defence comes under the court’s spotlight, and which can lead to a plea of self-defence being rejected.

On the other hand, the absence of the convenience of doubt, as well as an approach of minimum violence, will provide the safest outcome for a victim of an attack who uses self-defence as plea when an act of self-defence has taken place.

Baseless violence used in retaliation against an attacker in cases where a threat has already been averted will not be legally justified.

Another factor to consider is the time frame, capabilities and means available to fend off an attack. In certain instances it may be justifiable to use means or abilities that could cause the attacker serious harm, because the circumstances and time available to respond made it impossible to consider alternative options. This is especially applicable in situations involving elderly and physically vulnerable people.

Unfortunately, no single answer exists for all instances in which unlawful attacks might be expected, as there are several factors in every set of circumstances that might affect the victim’s judgment. However, imprinting some basic principles in people’s subconscious can be of enormous value when the unfortunate day arrives when drastic decisions must be made within seconds. – HJ Moolman, Moolman & Pienaar Incorporated

The best way to plan your winter greenfeed plantings

Tunnel irrigation: The key to success