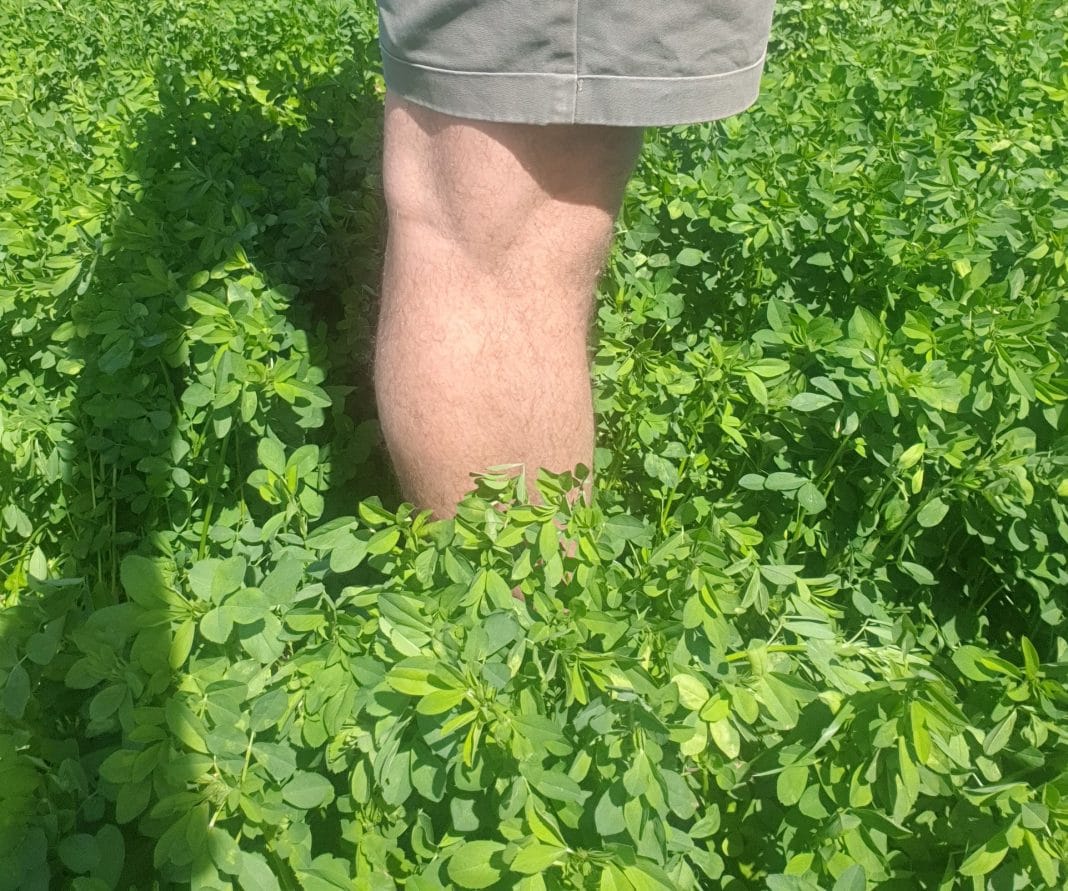 ‘Icon’ was developed by selection among survivors from old fields of ‘Aurora’. Plants were selected on plant characteristics, superior fodder yield, reliable seed production and improved disease and pest resistance. In each cycle of selection plants with superior features were retained and others were eliminated before flowering.

The Australian variety ‘Aurora’ has performed very well in New South Wales and Argentina. The aim was to produce a broadly adapted and high yielding variety by selection of superior plants from within a proven variety. Traditional breeding methods were used to develop ‘Icon’.

Plants are moderately tall with semi-erect leafy stems. ‘Icon’ plants are moderately winter active (rating 7) with strong summer growth, vigorous recovery from cutting or grazing and good survival under grazing. It is early flowering with flowers varying from light to dark blue. In resistance to pests and diseases ‘Icon’ is superior to ‘Aurora’ (see Table 1). Independent tests for levels of resistance in ‘Icon’ were conducted by Crop Characteristics Inc. MN, USA.

Table 1: Disease and pest resistance of ‘Icon’ and ‘Aurora’

To assess hay production potential, two hay cuts were taken in a two-year-old stand. In the first cut ‘Icon’ out yielded ‘Aurora’ by 16% and in the second by 32%.

In a comprehensive trial established at Keith in South Australia, the performances of 28 varieties and elite lines were compared in an irrigated replicated field trial. The yield of ‘Icon’ over three hay cuts was 2,33 tons/ha, 10% more than ‘Aurora’ and other comparable varieties (see below):

The above trials indicate the ‘Icon’ is clearly more productive and more pest and disease resistant than its parent variety ‘Aurora’. Icon is protected under Plant Breeders Rights.