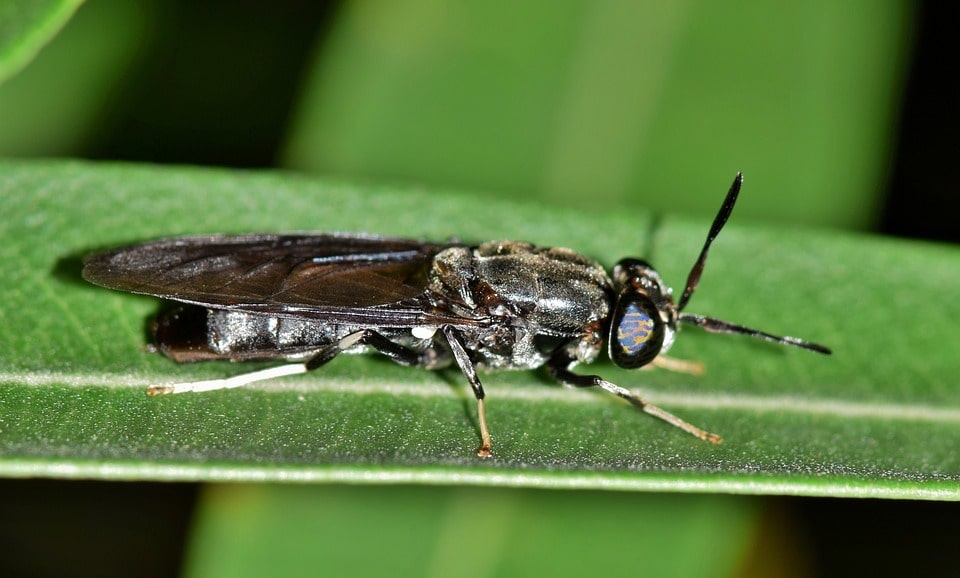 This article was originally published on All About Feed. Click here to read the original article.

The animal feed sector is increasingly using alternative protein sources. In poultry, the use of insect meal to replace part of the soya in the diet looks promising.

Insect meal, specifically black soldier fly (BSF) larvae, could be an ideal protein-rich alternative to soya due to its high nutritional value and low requirement for breeding space.

BSF larvae are an excellent energy and protein source as they provide 37 to 65% of protein per insect. It has also been stated that their amino acid profile is more suitable for poultry. However, BSF larvae contain chitin, which can negatively affect protein digestibility and, therefore, be detrimental to animal performance.

Several studies have been undertaken to determine whether BSF larvae are suitable as a poultry feed ingredient and an alternative to soya. Dabbou and colleagues (2018) conducted a longitudinal study with dietary BSF larvae meal inclusion on broiler chicken growth performance, blood parameters, and intestinal morphology. In the study, 256 male broiler chickens were fed a test diet with four different inclusions of 0%, 5%, 10%, 15% of partially defatted BSF larvae meal as a substitute for soya (and corn gluten meal) from day one until day 35.

The diets were isonitrogenous and isoenergetic, which meant that they contained the same nitrogen and caloric content across diets. The results of this investigation suggest that the inclusion of dietary BSF larvae meal of up to 10% in male broiler chickens increases live weight and daily feed intake. However, this is only the case during the starter period (day one to ten). During this period, the growth and development of chickens were much faster than in the subsequent periods (growing period from day ten to 24, and finisher period from day 24 to 35). The increased feed intake and live weight gain was attributed to the improved diet palatability.

It has already been reported that chickens seem to prefer feed that includes BSF larvae meal. During the growing and finisher period, the feed conversion ratio and live weight of the 15% BSF larvae group were negatively affected compared to 5% and 10% inclusion groups. It was hypothesised that the chitin content in the 15% BSF larvae meal diet could have negatively affected protein digestibility.

In contrast, another study found that live weight and carcass weight of broiler chickens fed with 16% defatted BSF larvae meal inclusion were higher than the weight of control chickens after 34 days (BSF larvae substituted for soya). Here it was suggested that the higher amount of crude protein was most probably the cause and the chitin content did not seem to impact protein digestibility.

Altmann and colleagues (2018) analysed the change of meat quality and sensory properties of breast fillet of broiler chicken packaged according to the current industrial packaging practices with highly oxygenated modified atmosphere packaging (HiOx MAP) over time.

Breast fillets of broiler chicken that received defatted BSF larvae meal as a replacement for 50% of the soya (total inclusion during starter period was 19,5% and during grower period 16%) seemed to have a more intense flavour when it was fresh compared to breast fillet of the control group (no dietary BSF larvae meal inclusion). The flavour intensity decreased three days after packaging and then again seven days after packaging.

Further analysis found more stable pH levels in breast fillet from the BSF larvae meal group from fresh until seven days after packaging compared to breast fillet of the control group. It was hypothesised that BSF larvae inclusion could result in longer shelf-life.

However, the authors did not state the reason for these changes. This could have been done to meet the nutrient requirements for 19-week-old pullets (according to Shaver White commercial management guidelines) and to create iso-caloric and iso-nitrogenous diets. Nevertheless, the results showed that defatted BSF larvae meal inclusion of 7,5% resulted in similar egg production, average egg weight, and egg quality parameters compared to the control diet (analysed at day five of weeks 22, 24, and 26).

Mwaniki et al. 2018 showed that yolk colour, shell breaking strength, and shell thickness were significantly increased when BSF larvae were fed. The increase of these parameters could have been caused by increased calcium absorption and/or calcium metabolism in the gut of the hens.

Although results are partly inconsistent, it could be stated that dietary inclusion of defatted BSF larvae meal of 10 to 16% as soya replacement does not negatively affect the live weight and daily food intake of male broiler chickens, at least during the starter period. During the growing and finishing periods, lower levels have been recommended.

The health status determined by blood marker analysis does not indicate any detrimental effects of defatted BSF larvae. For egg production, the dietary inclusion of 7,5% defatted BSF larvae meal as a substitute for soya is reasonable and results in more uniform eggs with darker yolks that are more resistant and could result in fewer losses during the production and supply chain. – All About Feed