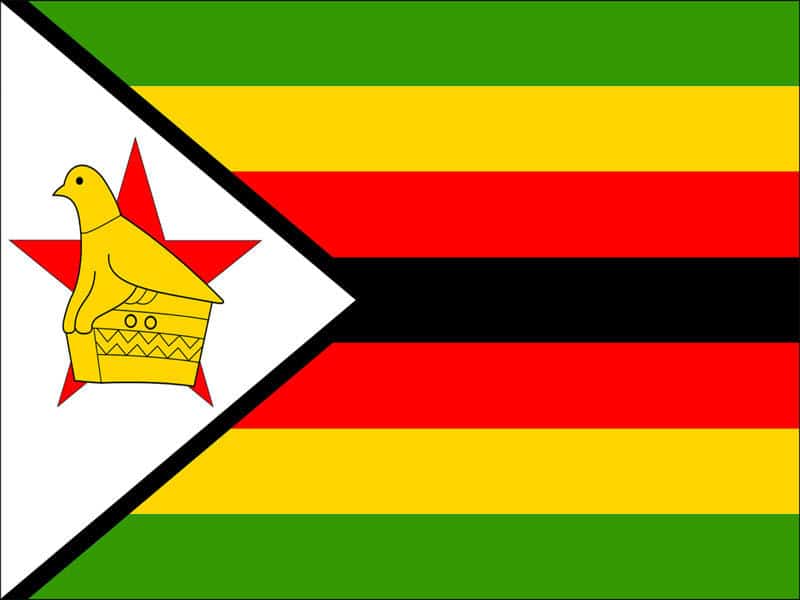 This article was originally published on The Independent. Click here to read the original article.

Mirriam Madzivanyika, a farmer in Mazowe – 40km north of Harare – grows a variety of crops on the 330ha farm she runs along with her husband. Their cucumber crop is ready for harvest, but the ongoing lockdown has disrupted their operations.

“The market for the crops has shrunk. Today, I filled six sacks with cucumbers intending to take them to my usual customer in Harare, but he called to say there was a change of plan. He was not taking any products as their shop has not been allowed to re-open,” she told the Zimbabwe Independent.

“There are no buyers in wholesale markets either. Traders have stopped taking calls from farmers.” The Zimbabwean government announced a countrywide lockdown that began on March 30 in an attempt to control the spread of the deadly COVID-19 pandemic, but the move has brought anxiety to farmers.

Fresh produce that has no market

For farmers who grow high-value perishable crops like the Madzivanyikas, it has dealt a severe financial blow as they have been left stuck with fresh produce without a market. They are facing labour shortages and a limited supply chain as people self-isolate, leaving them with millions of dollars’ worth of perishable produce.

The government has gradually eased the lockdown, allowing wholesale markets to function as well as transport of all food items across the country. In reality, however, the food supply chain is anything but smooth.

Trucks and migrant labourers working on farms are in short supply and small retailers in urban centres are finding it difficult to re-open. Fears are that a bigger crisis may unfold when farmers across the country reach the peak of the harvesting period.

Any disruption during peak harvesting season would hurt small farmers disproportionately since they usually sell their produce right after harvest to repay loans and fund the next crop.

The hapless Madzivanyikas have had to watch an acre of cabbage decompose because of limited outlets to sell their produce. As the Independent crew approached the farm, they were met with a pungent smell from the rotting cabbages in the field.

“Our cabbages ripened just three days after the initial lockdown was announced and we could not find a market for them. Our usual customers had closed shop and we could not do anything but watch them rot. The selling period for a cabbage is three weeks and after that it’s a disaster,” Miriam Madzivanyika said.

“We had planted 10 000 cabbage heads and we were expecting about US$3 000. Our biggest customer in Harare said he could only take 300 of them. Our other customers who normally come here to collect the crop were unable to do so because of the lockdown. So, we ended up selling cabbages worth only US$700. We have suffered a monumental loss. To make matters worse, this problem came soon after we had invested heavily in underground irrigation pipes.”

Another 500 cabbage heads will be ready in a week, but they are also likely to rot if government further extends the lockdown when it expires.

Piggery is adding to the costs

The couple also runs a thriving piggery project on the farm, but cannot find a market for the 87 pigs ready for sale.

“We are stuck with a total of 87 porkers that should have gone to the market, but there are no takers yet. It is recommended that you sell them at between 16 and 18 weeks, but now we have gone to 23 weeks. What is happening is that we are wasting a lot of money on stockfeed. Each pig consumes up to 2kg of stockfeed per day and that is proving to be too costly,” she added.

Some 40km away in Concession, Chriden Kanouruka has had to throw away tons of oranges that he usually sends to a wholesale market in Harare.

Some of his citrus customers often come from as far as Zambia, the Democratic Republic of Congo (DRC) and Mozambique, which have also imposed lockdowns to prevent the widespread outbreak of the coronavirus infection.

The farm has 6 000 trees of navel oranges and naartjies on eight hectares. There were no customers when the Independent crew arrived at the farm, with the only human presence being casual workers hired to pick rotten oranges.

“We are in serious trouble. Under normal circumstances, you should have found dozens of customers buying oranges. This is normally the peak of the selling season and we get customers from all over the country. We also have customers who come with trucks from Mozambique, Zambia and even DRC, but due to the lockdown, which has affected those countries as well, we have not been able to sell as much as we should. People come from as far as Bulawayo and even Victoria Falls, but they are now failing to reach the farm,” he said.

“Our total harvest is 40 tons per hectare and so far we have lost a quarter. We have approached relevant authorities about the challenge, but our customers are individuals who buy for resale.”

The situation has not spared a syndicate of female vegetable farmers operating along the road connecting Glendale and Concession, who normally sell in bulk to those who ferry the crops to Mbare Musika in Harare.

“We are now only selling to individuals who want to buy small quantities for their families. Our business model, however, is to sell in bulk for resale. Now our tomatoes are rotting in the field and we are stuck with our green vegetables. We hope that the situation gets back to normal soon because this is very unsustainable,” the consortium’s chairperson, Lydia Masenda, said. Farmers face bankruptcy if the lockdown is extended beyond 17 May. – The Independent