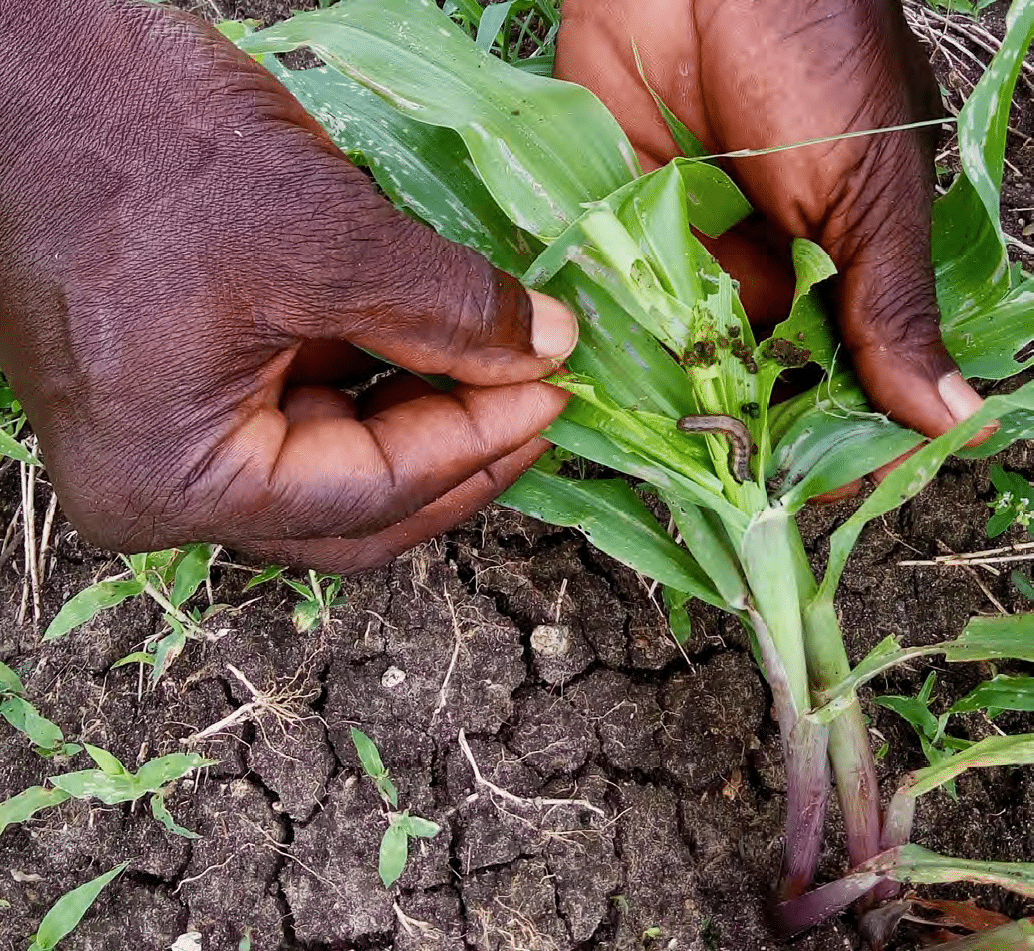 This article was originally published in The Conversation.com. Click here to read the original article.

Caterpillars of the fall armyworm (Spodoptera frugiperda), an invasive moth, can potentially feed on over 350 different species of plants. In the Americas the fall armyworm is known as a serious pest. It destroys crops of maize, rice, sorghum, sugarcane, peanuts, soya beans and non-food crops such as cotton. In maize, the fall armyworm feeds on the plant’s leaves and on the grain, damaging the plant and reducing yield.

The fall armyworm’s range was previously limited to the Americas. But in 2016 it appeared in west Africa and is now found in more than 40 countries in tropical and southern Africa. It has recently been reported in India. Research mapping of environmental suitability shows that large areas of Asia, including parts of India and China, are highly suitable for the fall armyworm.

The pest presents a threat to food security and its impact on maize alone could devastate the livelihoods of tens of millions of affected farmers. Recent estimates suggest that the potential loss in yield due to fall armyworm infestations in 12 major African maize-producing countries would be huge. Data shows that between 4 million and 18 million tons annually from a total expected production of 39 million tons could be lost. The economic cost of these losses are estimated to be in the region of US$1 to US$4.6 billion a year.

To protect their food supplies, affected countries in Africa are putting large-scale emergency measures to control fall armyworm in place. Many of these measures focus on the widespread distribution and use of pesticides. But this is not the ideal solution. Some recommended pesticides are harmful and highly toxic and pesticides put many smallholder farmers at risk. They are not familiar with the products and generally lack the protective equipment to prepare and apply them safely.

Biopesticides, naturally occurring substances or organisms that kill pests, offer lower risk alternatives. In a recently published study biopesticides were shown to present safe, low risk, options for controlling fall armyworm. They could serve as viable alternatives to some of the conventional, often highly hazardous, pesticides currently available and in use in Africa.

Biopesticide fall armyworm control products are commercially available in the Americas and are routinely used by farmers in North and South America. There are now some African countries also moving towards biopesticide use. SA has provisionally registered several biopesticide products for use against the fall armyworm, and biopesticide trials are underway in many other countries.

Research identified 23 active ingredients that were recommended for further consideration and eight active ingredients were listed for immediate market availability. These include products containing Neem plant extracts and the bacterium, Bacillus thuringiensis, two of the most widely used biopesticides globally. Action should be taken by fast-tracking product registration, reviewing and updating information materials, making recommendations to farmers, and taking product availability into account.

But much more needs to be done if biopesticides are to replace chemical pesticides. For example, in the medium-term, governments will have to help farmers by subsidising biopesticides. This approach has already been adopted in Ghana.

There are a host of challenges. Few biopesticide products are currently registered for use in African countries. And most of those registered aren’t yet widely available or affordable, particularly for smallholder farmers. While some farmers might be willing to pay a premium for a lower risk product, many smallholders have such small margins that they will seek to minimise production costs. So older, off-patent and cheaper pesticides may be preferred, despite their inherent dangers.

With greater support from governments, research, the private sector and NGOs, a market for lower risk products could be developed, which would lower prices. Ultimately, biopesticides present an opportunity to lower not just the economic cost of controlling fall armyworm in Africa, but also the cost to the environment and human health.

Such an approach should fit into a broader drive to control fall armyworm by using a much more integrated approach that combines a variety of agricultural practices. Known as integrated crop management, this approach involves combining a range of practices with an emphasis on those regarded as “low risk” compared to conventional chemical pesticides. This could include closely monitoring the crop, intercropping, manual removal, biological control, insect-resistant varieties and traditional methods such as applying ash. – Dr Melanie Bateman