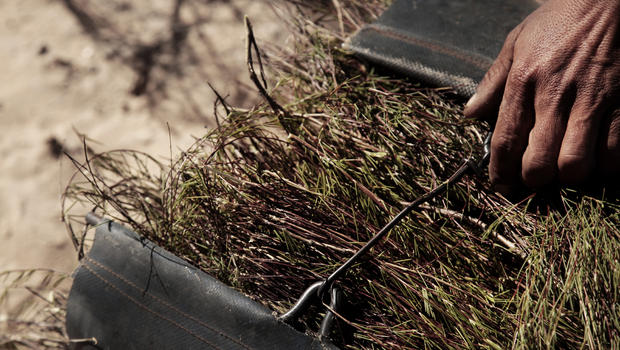 The SA Rooibos Council (SARC) is ramping up research efforts to better understand how indigenous Rooibos tea could help tackle some of the most prevalent diseases of our time.

A hefty R4.5 million will be invested into research, looking at the potential of Rooibos to reduce allergies, heart disease, diabetes and skin cancer, between now and 2022. In SA alone, these diseases afflict more than 43 million people.

Scientists will also investigate the impact of Rooibos on gut flora and to what extent it can lessen the side effects of antiretroviral (ARV) therapy.

The announcement was made at a Rooibos Science Café, held today in partnership with the SARC and Wesgro – the official tourism, trade and investment promotion agency for the Western Cape.

Joe Swart, research director for the SARC says Rooibos is a good source of unique and beneficial bio-actives such as antioxidants, different to those found in other teas, fruits and vegetables and is particularly rich in phytochemicals such as flavonoids and polyphenols, which contribute to its health benefits.

“Due to the large and growing use of naturally derived substances for healthy living world-wide, it is imperative that the SARC obtains reliable data about the healing potential of Rooibos, since many other herbally-based treatments lack definitive evidence,” said Swart.

“We want to provide healthcare practitioners and patients with sufficient proof of Rooibos tea’s efficacy in helping to prevent and manage certain diseases.

“We’ve reached an exciting stage in the Rooibos research journey. After years of systematic and thorough research conducted on the impact of Rooibos on heart health, we will be progressing to intervention trials on humans – the final leg of the research phase,” said Swart.

The trials, which will be led by Prof Jeanine Marnewick, head of the Cape Peninsula University of Technology’s (CPUT) Oxidative Stress Research Centre will, for the first time, determine just how much Rooibos (equivalent to a cup of tea) is required in a condensed form to serve the purpose of a nutraceutical to support heart health.

Marnewick says the 12-week-long trial is key to understanding how a dietary intervention, such as Rooibos, can change the outcome specifically of cardiovascular disease risk factors.

“Rooibos will be put through its paces as we investigate its impact on various risk factors associated with the development of heart disease, including cholesterol profile, oxidative damage to lipids, redox status, inflammatory responses, metabolic disease, blood pressure and genetic variability in 300 adults. It’s a first-of-its-kind intervention study involving the use of a uniquely South African product,” said Marnewick.

The trial will commence in August and the findings should be made public by the end of 2022.

In another study, the University of Cape Town’s Lung Institute will conduct research on the impact of Rooibos on hayfever and chronic rhinitis. And the Toi Ohomai Institute of Technology and New Zealand’s Massey University will investigate how the herbal tea can improve glycaemic control in people with pre-diabetes and/or type II diabetes.

Scientists at CPUT will conduct further research into Rooibos’ potential to boost athletic performance, its effect on auto-immune skin diseases, such as psoriasis and vitiligo, and its chemo-preventative properties in the early stages of skin cancer. The latter forms part of a larger study aimed at developing therapeutic creams or gels by inhibiting chronic inflammation and reducing skin cancer incidence.

Stellenbosch University will examine the cardio-protective effects of Rooibos on ARV drug therapy, since HIV-positive individuals on ARVs have an increased risk of heart disease. A recent animal study conducted by the university found that supplementing with Rooibos reduced the harmful cardiovascular effects caused by ARVs.

Stellenbosch University is also currently investigating how aspalathin, a flavonoid unique to Rooibos, could counter the effects of obesity. If this is successful, work will commence on an anti-obesity Rooibos supplement.

Another project, now in the final phase, is looking at the effects Rooibos tea has on microbiota regulation. Understanding microbiota interactions is an exciting area of research which may provide fresh insight into a range of diseases. This project is currently being conducted by the SA Medical Research Council.

“Without a doubt, Rooibos research is on the move,” said Swart. “We are on the threshold of a new era of research into natural products globally. This could give rise to multiple new medicinal applications for herbs such as Rooibos.”

Tim Harris, CEO of Wesgro, said it was encouraging to see the volume of research being done on Rooibos, which has become one of SA’s most sought-after exports.

“In addition to providing more than 8 000 jobs, with further employment created in upstream manufacturing activities, Rooibos is poised to boost the Western Cape’s coffers by way of agri-tourism, turning Clanwilliam – the heartland of Rooibos – into an attractive tourist destination. The recent launch of the ‘Rooibos Route’ is already modelling what can be done combining agricultural production with tourism,” Harris said. – Press release

For more information and updates on these studies, visit www.sarooibos.co.za

Langkloof entrepreneur is the Eastern Cape young farmer of the year