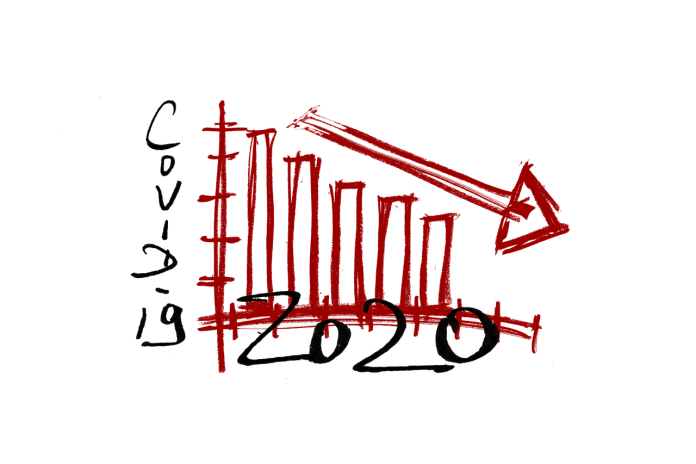 For the past few months, the impact of the COVID-19 pandemic has been the topic of many a discussion. It has resulted in far-reaching implications for many economic sectors, and many people have had to find ways to adapt. It leaves one wondering what effect the pandemic has had on the global food supply and how food security will be affected in countries that are already vulnerable.

In order to help South Africans make sense of their current situation, McKinsey & Company (McKinsey) explored some of these issues during a recent webinar. According to Gillian Pais, McKinsey partner and African agriculture lead based in Nairobi, we are currently living in unprecedented times, with an economic impact worse than the Great Depression or the First World War.

McKinsey expects that Africa’s GDP will drop by between 4 and 9%, depending on how the COVID-19 pandemic and its subsequent lockdown regulations pan out.

South Africa’s GDP could drop even further compared to the African continent in its entirety, with an expected decline of between 4 and 10%. In South Africa alone, 15 million jobs are at risk due to COVID-19.

Globally, producers are experiencing income losses due to the economic impact of the global pandemic and liquidity is affected on a grand scale in the case of small to medium enterprises.

Consumers are also affected, with many people spending less money on food products. Even in first world countries where one would least expect it, people are experiencing food insecurity. In the United States (US), for example, more food parcels are being requested due to the economic effects of the pandemic.

However, some consumers expect that they will be eating more healthy food after or during the crisis, which echoes the ongoing health trend that has been observed over the past few years.

McKinsey also shared information from a survey they conducted in June 2020 on consumer sentiment in South Africa. The results revealed that consumers remain uncertain about the future, so they save their money instead of spending it.

The survey also highlighted the fact that South African consumers are pessimistic compared to those in other countries, and they are among the least confident globally.

Those who took part in the survey indicated that their spending would remain the same as previous months, or that spending will increase slightly because they have cut back on their budgets as much as they can.

While consumers have reduced spending in all categories, groceries have been the most resilient, which is good news for the agri and food industries. However, the nature of consumption is changing because people are buying from different food categories. Pantry loading and bulk packs have been trending due to the pandemic and the restrictions put into place to curb the spread.

E-commerce has seen a massive upswing, especially in the food category, with a lack of supply rather than demand slowing this trend down. Although e-commerce and the purchasing of food via this platform was a slowly developing trend, the COVID-19 pandemic has accelerated it.

Globally, theagri industry has been the least affected by the pandemic because food production was immediately recognised as an essential service. However, the sector has been disrupted, and many industries have experienced crashes.

This is especially true for the protein and dairy industries, which have, in turn, disrupted the input suppliers that supply these industries. Products that currently have limited market access, such as dairy, meat, and seafood, put vulnerable countries at risk as dumping increases.

Exports from Africa could also be affected by the restrictions in place to attempt to slow down the pandemic’s spread. Many African countries rely on agricultural exports to generate income for the economy.

Sectors such as coffee and cocoa have seen a demand retraction from significant importers such as the US and European Union. This, in turn, affects producers’ decisions on which crops to grow, with many producers opting for diversification of crops to manage their risk.

Africa has also experienced supply chain issues at borders and ports, and the secondary processing of agricultural products has been affected.

In many cases, the sourcing of products has changed. Direct delivery is trending, and the question remains whether people will get used to this type of delivery or whether they will return to the old way of transacting.

With time restrictions and curfews in place due to lockdown regulations, processing facilities also have less time to process products. Changes in airfreight and shipping capacity mean that the supply chain is becoming longer due to longer travelling times.

The agro-processing industry and primary production have seen a drive towards digitalisation. Agriculture is generally the last industry to adapt digital processes, but the pandemic has accelerated this trend that was previously becoming part of the industry at a very slow pace.

A survey done in the US shows that interest in digital platforms has increased by 20 to 30% during the pandemic.

Further sources on this topic

This article is a summary of some of the topics that were discussed during the webinar. You can read further articles by McKinsey on these topics by clicking on any of the following titles: Safeguarding Africa’s food systems through and beyond the crisis, Global surveys of consumer sentiment during the coronavirus crisis, Our analysis on the economic impact of COVID-19 in Africa and reimagining the economy. – Ursula Human, AgriOrbit