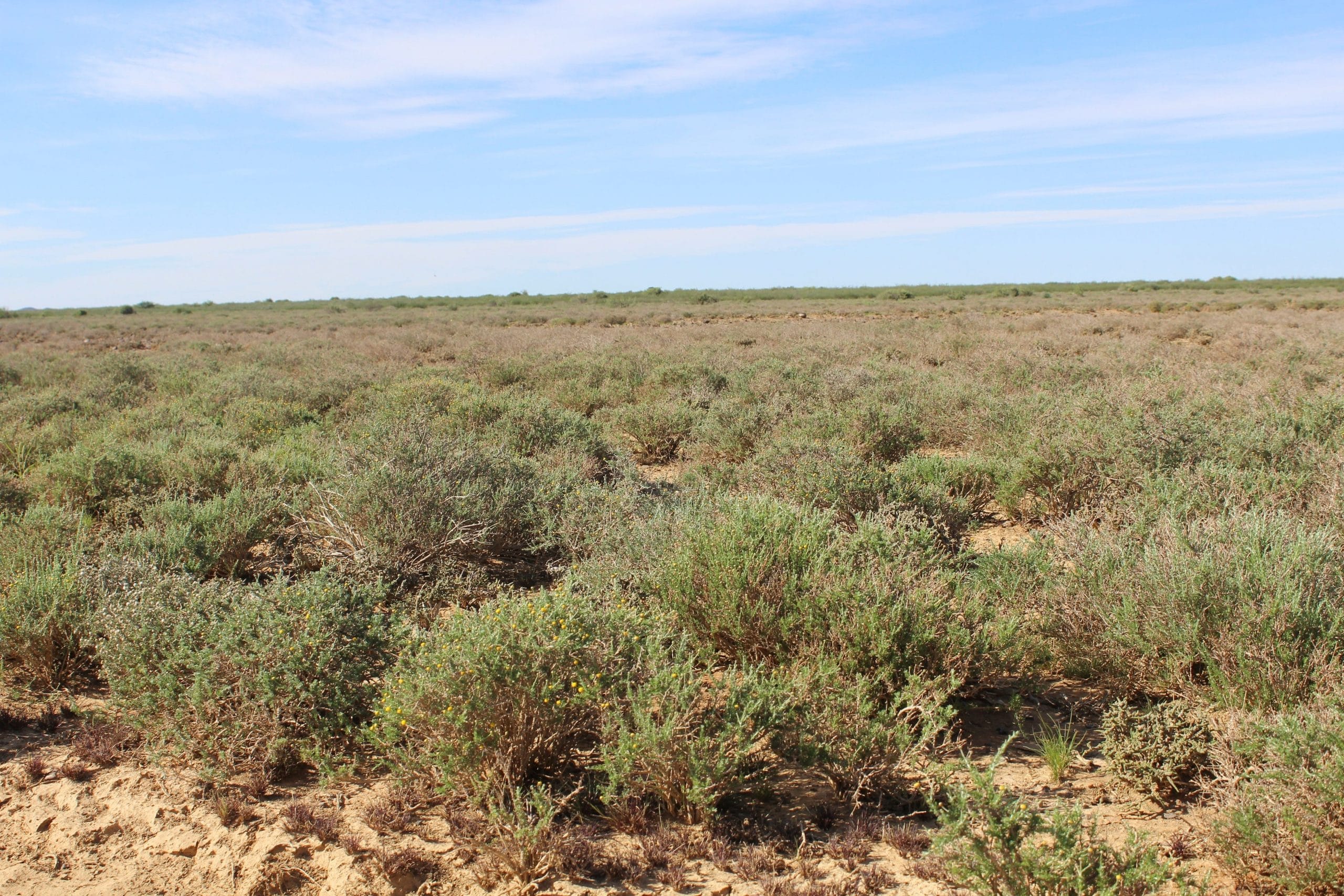 The Northern Cape is known for its frequent droughts and low rainfall, and veld may be degraded by severe overgrazing, especially after long dry seasons. But this part of the country can demonstrate a surprisingly abundant response in regrowth after some decent rainfall. However, to keep the land resource sustainable, veld restoration must be an ongoing task for farmers in this region.

There are many theories on how to restore and improve veld, with various options such as high-pressure grazing, deforestation, reduction of livestock numbers and grazing plans presented.

Piet Roux is a well-known farmer who farms between Prieska and Britstown, using mechanical methods to restore and improve his veld. Although a lengthy process, it is an inexpensive one, and his excitement is evident when he talks about the successes of his restoration project. His main concern is not the profit he can generate from the farm, but rather what he can do to preserve the land for future generations.

Piet, whose father started farming in the early 1950s, is a fourth-generation farmer on the farm Biega. Piet’s father had the idea of breaking up the soil surface on the large bare patches on the farm. This loosening of the soil would aid seed germination and allow plants to get a foothold in the soil.

Piet’s grandfather died young and the farm was rented out for close on 15 years before his father started farming. He soon realised that the former tenants had overgrazed the veld, and that restoration would be a major undertaking.

“There were a lot of practical problems that needed attention,” Piet explains. “The camps were too big and there weren’t enough water points. One of the things that bothered my father was the bare patches found across the entire farm, especially around water points where animals gathered. If one takes all the bare patches into account, it works out to a considerable loss of grazing.”

A new angle on an old idea

Piet had a good look at the bare patch restoration his father had done. The results his father got were good, but Piet saw there was room for improvement, especially with regard to the depth to which the soil had been ripped. The ripper was not equipped with wings to push the soil away and out of the furrows, and the rows were too wide.

Armed with a good idea of what his father had actually wanted to achieve and how he could improve on it, Piet approached his local agricultural extension officer. Together they drew up a long-term plan to improve the quality of the veld. “We systematically started rehabilitating camps wherever it was possible,” says Piet.

He describes veld restoration as a never-ending, time-consuming process, but says that if it is done correctly the results are very good. In years when the Karoo receives normal rainfall, veld improvement can be seen within 18 months.

According to Piet, there are many factors that may lead to bare patches in the veld. These include overgrazing, drought, slope, vegetation and clay soils that do not absorb water quickly.

Rainwater, says Piet, should not be allowed to drain away but should rather be stored in the ground immediately. “The infiltration ability of soil is dramatically improved once it has been ripped and the compaction shield broken. The loosened soil creates an environment where it is easier for insects such as ants to dig their tunnels and holes. This makes it possible for every drop of rain to be stored as it uses the insect tunnels to penetrate the soil. The small surface depressions created, can also retain water,” he adds.

According to Piet, you need to apply shrewd judgement when ripping furrows. Every furrow is a small drainage channel and on sloping ground, ripping must be done diagonal to the flow of the runoff. If the furrows are incorrectly placed, the water drains through to the low-lying areas and the upper parts will not get their share of water.

Some of the first camps on the farm that were ripped are on slopes with a slight incline. The areas at the top of the slope, where he ploughed a few years ago, improved much quicker than the areas at the bottom of the slope. He explains that the vegetation in these camps recovered so well, that it now retains and utilises the water, reducing drainage to the lower lying areas. The recovery of the veld and grazing in the treated areas is remarkable.

Although there are claims that mechanical veld restoration is expensive, Piet has explored many possibilities and says this is the cheapest method he can use on his farm.

According to prices at the time of writing this article, the direct costs per hectare are:

This adds up to a total running cost of R165 per hectare.

As veld recovery is a slow process, Piet plans his management carefully. The camps where the bare patches have been ripped are left to rest that year. He believes rest is a very important part of the process if you want to get good results. He never exceeds the carrying capacity of his farm. “Grazing specialists agree that reducing livestock numbers is a key factor in veld restoration.”

Piet shares the following information with other producers:

A look at sustainable farming trends in South Africa