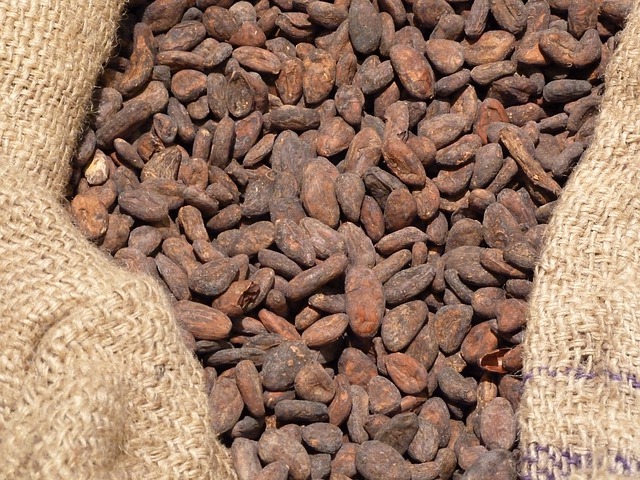 There are 600 000 cocoa farmers across Cameroon, and it is a vital sector for rural communities. However, cocoa is a fragile crop with yields that tend to decrease over time, putting farmers’ livelihoods at risk.

That’s why the African Development Bank has committed to provide funding to IRAD, the Institute of Agriculture Research for Development, where research is focused on creating adapted seed varieties.

Antoine Mani Tonye, a cocoa farmer, who farms his own plot in the village of Azanzoa on the outskirts of Mbalmayo in central Cameroon, has seen healthy yields and an improvement in his income since he began planting a locally adapted seed variety developed in a laboratory in the capital Yaounde. “In its first year, my nursery has been the best. This should get me out of poverty,” said Tonye.

“For now, I’m doing better, I don’t beg, I do my best, I manage to get by on my own. Farming is going to become my passion.”

The second-generation seed varieties developed by IRAD allow for an average yield of two tons per hectare, compared to the first generation developed in the 1970s and 1980s that produced around one ton per hectare.

“There has been great progress. In less than two decades, we have been able to double the yield potential of the varieties that farmers now use,” said Bruno Efombagen, an IRAD researcher in Yaounde.

Demand for the higher-yielding seeds has outstripped supply. To solve this problem, the African Development Bank has supported IRAD in its efforts to make the seeds accessible to a greater number of farmers. Across the country, IRAD is setting up more and more seed production fields.

“Before, our parents used to grow a variety called ‘tout-venant’, but today, thanks to advances in research, we have access to improved seeds,” said Samba MViena, chairperson of AKOM-COOP-CA, a co-operative of farmers. “You get the first yields 18 months after planting them, with flowers and a few pods on some stems. After two or two-and-a-half years, or more precisely three years, you can already get a perfect crop.”

Increasing engagement in the cocoa sector

The higher-quality cocoa seed varieties have helped to stem the migration of young people from rural villages seeking work in the city. MViena’s co-operative has strong youth representation, with 62 young people in the group.

“Their decision to engage in the cacao sector stems from the availability of improved seeds, because these seeds allow for quick and bountiful harvests,” he said.

Brazilian cacao not only provides far better yields to Cameroonian farmers, it benefits everyone in the production chain. Trader Yannick Fosso buys cocoa from across the region and sells it in Cameroon’s economic capital, Douala.

“The season runs from August to January. I make all my year’s earnings during those six months,” he explained. “When you look at the plants, you can see that Brazilian cacao is a better variety than the ones that our parents used to grow. Its colour is much brighter; the pods never get black, they are entirely red. So, when you brew it, it comes out with a very good colour and taste.”

Cocoa is Cameroon’s second export crop. The majority of the Central African nation’s annual output of about 220 000 tons is shipped overseas from Douala’s Atlantic port.

For Fosso, part of the pride he takes in his work is in Cameroon’s improving reputation as a cocoa exporter. “Cacao is a central part of the lives of the people here,” he said. “It’s rewarding to buy something that is eaten across the world.” – Bizcommunity

Best SA butchers chop their way to the top