Home Agri News On a different buzz: Why we need flies 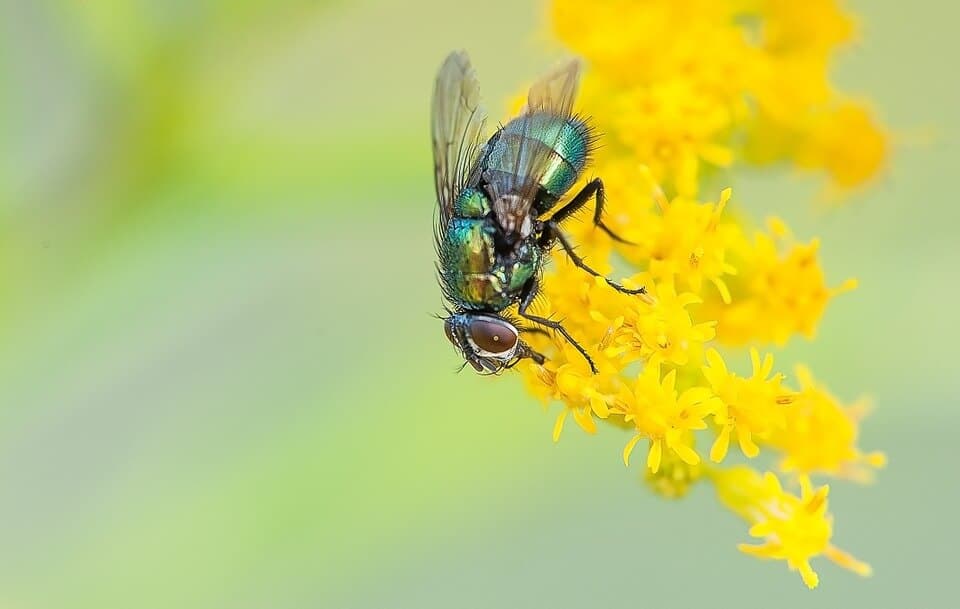 For many people, the idea of flies buzzing about isn’t very appealing, as they are typically associated with dirt and disease. But before you swat the next fly you see, know that out of the thousands of flies that are known, only a few are harmful – the rest play positive roles in the ecosystem.

Year of the fly

To mark their role in nature and human society, 2019 has been formally designated as the International Year of the Fly. More than 100 000 species of flies have been identified and understanding their impact and role on the planet is key to our wellbeing.

The rapid loss of insect populations is being described as the sixth great extinction. While entomologists are working to preserve species, it is vital to know the value of insects such as flies and what they provide us with. In a world that is becoming increasingly susceptible to climate change and pollution, understanding how flies adapt and finding ways to ensure their continued existence is of utmost importance.

The Flies of Economic Significance (FliES) Research Group at the University of Pretoria aims to better understand the behaviour, ecology and physiology of flies and how they affect human activities. Our research focuses on finding sustainable, environmentally friendly ways to control problem flies, reduce the use of insecticides and facilitate the beneficial use of flies. By using the basic biology of these insects, we develop solutions that will benefit humans and amplify the benefits that flies are already providing us with, while finding ways to conserve them.

Why do flies matter?

On the negative side of the spectrum, certain flies, such as fruit flies, can be harmful to the production of food. South Africa has several indigenous and invasive fruit flies that need to be carefully monitored and controlled. These insects generally lay their eggs in fruit that is ripening on the tree; the developing larvae then feed on the fruit, making it inedible.

Other flies can have major effects on animal production, causing huge economic loss. Those that feed on animals can transmit diseases, some of which are zoonotic, meaning these conditions can be harmful to humans too.

Flies are a diverse group of insects – in fact, mosquitos and midges are considered flies too. These biting insects that feed off blood can introduce serious diseases such as malaria, Rift Valley fever, yellow fever and African horse sickness.

It is important to understand these insects in order to implement adequate control measures. But flies serve us in a positive way too, mainly by providing us with valuable information.

Blow flies, for example, are drawn to dead bodies, and are useful in forensic investigations. These carrion flies speed up decomposition by feeding on the soft tissue of dead matter. By knowing the lifecycle of these insects, scientists can ascertain how long they have been present in the body and can accurately predict how long the person has been dead.

Flies are also used to determine the quality of freshwater systems. A variety of invertebrates are typically found in rivers, and the type of insects found in these waters act as a measure of its health. While aquatic flies lay their eggs in fresh water, they are also tolerant of poor-quality water – it is therefore safe to assume that water with fly larvae as the dominant invertebrate is heavily polluted with sewage.

Ecological importance and a circular economy

Certain flies are important pollinators, meaning they play a role in creating more plants. They also serve as good biological control agents because their larvae eat aphids which would otherwise feed on plants. This is why we need to be cautious about using insecticides, as they could harm more than just the targeted pests.

Growing human populations result in increased food consumption and, as a consequence, more waste. Flies are helping to reduce the amount of waste that ends up in landfills. Much of this waste can be re-used as a result of a process called bioconversion.

Blow flies and black soldier flies are naturally associated with decaying meat and manure, and are bred en masse under factory conditions – in bioconversion facilities – to degrade waste. After the larvae (maggots) have fed on the waste, they are harvested and processed into animal feed, resulting in less waste and creating a circular economy.

Are flies in danger?

As urbanisation increases and agricultural practices intensify, flies are losing their natural habitat and are being killed off by insecticides. Climate change is also affecting all species and causing a shift in the distribution of insects and hosts, leading to an increase in species extinction. This is why attention has to be given to this incredibly diverse group of insects. – Christopher Weldon, University of Pretoria