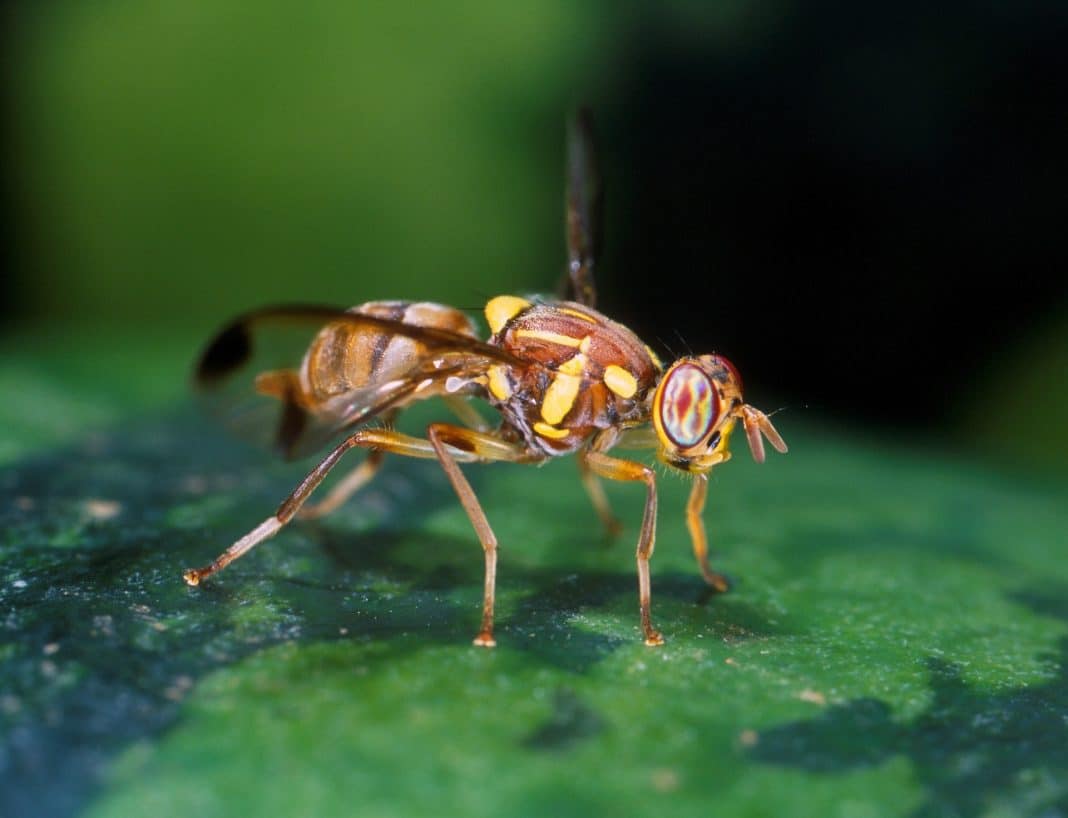 The Department of Environment, Forestry and Fisheries (DEFF) hereby notifies farmers and community members about the successful eradication of the invasive fruit fly species Bactrocera dorsalis (Oriental fruit fly or OFF) in the Pixley ka Seme and ZF Mgcawu district municipalities in the Northern Cape.

Several Oriental fruit fly (Bactrocera dorsalis) specimens were detected between Douglas and Prieska in the Pixley ka Seme District Municipality, as well as Groblershoop, Karos, Upington, Kakamas and Augrabies, including areas alongside or close to the Orange River in the ZF Mgcawu District Municipality. The detections were made on several occasions between 7 February and 29 May 2019.

Phytosanitary actions were implemented to control the movement of fruit from the areas under delimitation. Eradication, which included the application of protein bait sprays, deployment of male annihilation (MAT) blocks and strict field sanitation within the quarantine areas was successfully conducted. The areas from Douglas to Prieska as well as between Groblershoop and Augrabies have been declared free from the presence of Bactrocera dorsalis.

Host crops cultivated in the affected areas include citrus, table grapes and pomegranates. However, this is a polyphagous pest that can utilise hosts cultivated by the citrus, deciduous and subtropical fruit industries as well as berries, tomatoes, cucurbits, and crops produced for processing, i.e. grapes for raisins and wine. This pest can result in food insecurity, yield reduction, job losses, market restrictions and high production and post-harvest costs if not effectively controlled.

Strict restrictions must be adhered to

This fruit fly can be suppressed in areas where it has established by practising effective orchard/field sanitation, chemical control and restricting the removal of host material from quarantine (infested) areas to non-quarantine (non-infested) areas. Monitoring of the fruit fly population levels remains critical and growers must implement a monitoring programme for early detection and ensuring that measures are implemented in time.

Traders, community members, marketing agents and farmers are reminded not to remove fruit from quarantine areas to non-quarantine areas without a removal permit, which is obtainable from the Directorate: Inspection Services in terms of the Control Measures R.110 of the Agricultural Pests Act, 1983 (Act No. 36 of 1983). Removal cannot be allowed if fruit fly management measures are not implemented and population levels are not reduced to an acceptable level.

Buckets for trapping fruit flies that are placed along roadsides in production areas and other public areas must not be removed. International travellers are advised to avoid illegal importation of agricultural commodities into South Africa because this may lead to the introduction of new pests that are expensive and difficult to manage. – Press release, DEFF

For technical information contact Jan Hendrik Venter on 012 319 6384 or send an email to JanHendrikV@daff.gov.za