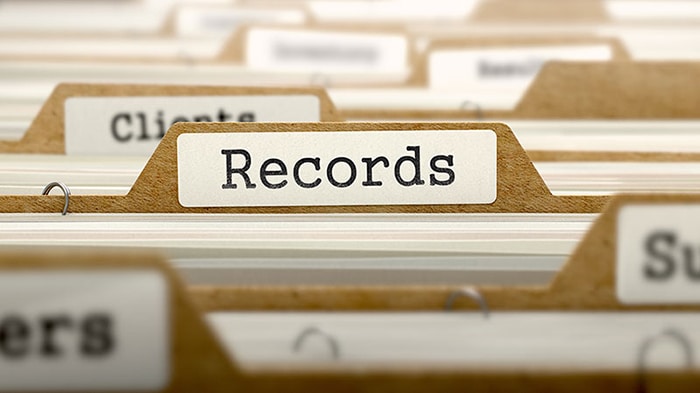 Recordkeeping is an essential tool in any farming enterprise’s toolkit. In the old days the information pertaining to animals was noted on the back of a cigarette box. Nowadays, apart from the pressure of farming sustainably, the science of farming has become so complex that this option is simply not feasible anymore.

Information such as the identity of the calf’s dam, the time of calving, and how many calves were produced over the cow’s lifetime have become crucial in order to farm sustainably.

Years ago producers could still rely on their memory, but because agricultural science and the business of agriculture have become so complex, they can no longer rely solely on memory. Even the smallest farm needs a recordkeeping system that must be kept up to date almost daily. This information serves as guideline when producers need to make future-oriented decisions regarding the farming enterprise, assess the progress of the business, or calculate how setbacks such as droughts will affect their financial outlook.

There are numerous recordkeeping systems on the market that producers can use. Some producers use a system that might entail standing in the kraal and making notes in a diary that are then entered into a system once the day’s tasks have been completed. This process is relatively uncomplicated.

No matter what system a producer uses, it must provide accurate information regarding the farm’s operations so that meaningful decisions can be made in terms of future progress.

However, there are other excellent systems on the market set up by agronomists or agricultural economists aimed at identifying the weaknesses and strengths in a farming enterprise, facilitating the management of the farm, achieving certain medium- and long-term goals, and managing risks more efficiently.

No matter which system the producer uses, it must generate accurate information regarding the farm’s operations so that meaningful decisions can be made in terms of future progress.

Which data to include

Louis de Jager of Kameelboom Academy offers courses in farm management to emerging farmers. He says there are several important factors to consider when keeping records, including physical and economic information pertaining to the farm such as its size, market value, implements and equipment, and stock. These records must also include physical production figures such as livestock production, the nutritional requirements of the animals, grazing, as well as labour.

According to Louis, all these factors must be taken into account when determining the profitability of the farming enterprise.

Dr Michael Bradfield of the Livestock Registering Federation says the best place to start is with the livestock production system, since this is the component that producers spend the most time on and with which they make money.

“Each animal’s information can be uploaded to a system such as HerdMASTER. It is important to keep an inventory of each cow, after which each calf’s information can be loaded as they are born. Farmers also have different requirements, such as keeping weaning weights on record. Stud farmers are obliged to keep good records, but there are also herd management programs for commercial farmers that are an indispensable toolkit on the farm,” explains Dr Bradfield.

Important aspects of a system

Louis lists the following as some of the most vital data to keep record of:

Dr Bradfield says no matter what system is used, it should first and foremost be simple and must meet the producer’s requirements. He believes that financial recordkeeping requires the help of an expert, but producers can easily record all other on-farm data and come to their own conclusions where necessary.

Running a farm becomes much easier when each animal’s records are readily available, and its performance can be monitored.

“The easiest way is to keep a recordkeeping system next to the kraal. In many cases, the electronic ear tags used are linked to the program and as the animals walk through the crush, their weights are recorded automatically. However, most farmers use a kraal card that is subsequently entered into the system.”

He adds that the use of cell phones to record data have been explored in the past, but that this system has not been successful. Experience has shown that kraal cards still work best.

According to Dr Bradfield, the advantage of a proper recordkeeping system is that it simplifies management and allows the timeous culling of unproductive animals. “In the long run, it saves the livestock producer a considerable amount of money.” Running a farm becomes much easier because each animal’s records are readily available, and its performance can be monitored.

It is also vital to keep separate records for animals and the farm’s finances, he says. Louis agrees and adds that good recordkeeping means the producer knows exactly what the farming enterprise’s financial position looks like and whether it is improving or deteriorating. It offers producers leverage when they need to obtain financial help or in emergencies.

“A good recordkeeping system gives the bank a good overview of your financial situation when it must decide whether to grant a loan or not,” says Louis.

Producers who are serious about farming and who want to remain profitable amid tough times need a proper administration system, and a recordkeeping system accounts for a large portion of this administrative work. – Koos du Pisanie, Stockfarm

Wool quality: A century of transformation