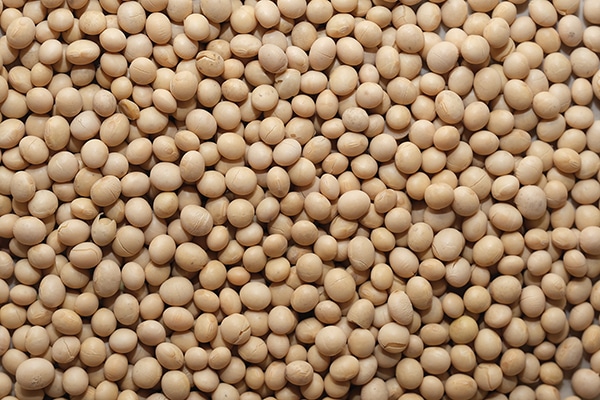 Soya beans, with their high protein (38 to 42%) and rich oil (18 to 22%) content, have the potential to substantially benefit the feed industry. By adding full-fat soya meal to livestock and poultry rations, the amino acid and energy intake of animals can be significantly increased. Compared to other feed alternatives, soya also provide a cost-effective and nutrient-dense option for producers who want to boost production.

However, full-fat whole soya beans cannot be given to animals in its raw form as it contains trypsin inhibitors (TIs). TIs are a group of small proteins that reduce the biological activity of digestive enzymes in animals. In other words, the presence of TIs directly affects the digestibility of the soya consumed.

To sidestep this problem, proteins must be denatured by exposing them to heat – TIs are inactivated due to the heat treatment applied when processing soya beans into meal.

There are a variety of methods available when it comes to processing full-fat soya beans. These methods rely on different levels of moisture, timing intervals and temperature, and include expansion, extrusion, flaking, jetsploding, cooking, roasting, micronisation and microwaving.

According to Dr Jan van Eys, an animal utilisation consultant from the United States Soybean Export Council, it is important to control processing conditions – regardless of the method used – as it can ultimately determine the nutritional value of the feed.

Cooking is perhaps the simplest way of processing full-fat soya beans. When using this method, the raw beans have to be fully immersed in water and cooked for 30 to 120 minutes. The beans can either be dried out mechanically or be evenly spread out until dry.

Another method of processing full-fat soya beans is flaking. This is a hydro-thermal treatment that injects low-pressure steam into a conditioner, thereby facilitating oil release in the press. During this process, full-fat soya beans are forced in between two rollers, transforming the oilseeds into flakes.

Expansion and extrusion of soya beans

During expansion whole soya beans are fed into an expander where it is pressed past a hydraulically adjustable resistor at a predetermined temperature. Temperatures vary from 70 to 170°C and treatment lasts for 5 to 15 seconds. Water, pressure and steam are also used.

Extrusion in the manufacturing of animal feed is a thermal process during which protein and starch-based ingredients are kneaded and cooked under strict moisture conditions. Temperatures can range from 80 to 200°C during the extrusion process but usually vary between 132 and 149°C. During this process, full-fat soya beans are pressed through a narrow opening under high pressure. Times vary from 30 to 150 seconds and either dry or wet extrusion can be performed.

When it comes to jetsploding, soya beans are exposed to a stream of preheated air (roughly 140 to 315°C). This method allows the bean to heat from the inside out as the preheated air causes the intracellular water to boil and the grain to cook. The inside of the soya beans can reach temperatures of up to 95°C. After heating, the soya beans are placed in a cylinder mill which helps to facilitate the release of intercellular fat.

When microwaving soya beans, the beans are heated in 60-second intervals at temperatures of up to 150°C. The biggest drawback of this method is the high operational costs required to process the beans. Gas-fired infrared heaters are used, and the seeds are heated via infrared radiation.

When processing soya beans by means of micronisation, the beans are heated through radiation. Ceramic plates are heated using electronic burners or gas. These plates then emit infrared radiation which heats the beans. The heating process is really efficient in penetrating the bean, thereby creating lots of molecular movement that leads to a quick increase in vapour pressure and inner temperature.

Finally, soya beans can be roasted at temperatures ranging from 100 to 210°C. There are various roasting systems available to processing plants, including moisture-based heating systems that can be powered directly by a flame, a coal burner or an oven. The maximum temperatures reached will vary depending on the equipment used.

The simplest way to roast soya beans involves the direct application of dry heat for approximately 20 seconds. By doing this, the moisture inside the bean is reduced by around 30% without damaging any of the cellular structures. The beans should be laminated or milled before consumption. – Claudi Nortjé, Oilseeds Focus

Holistic management is what we need