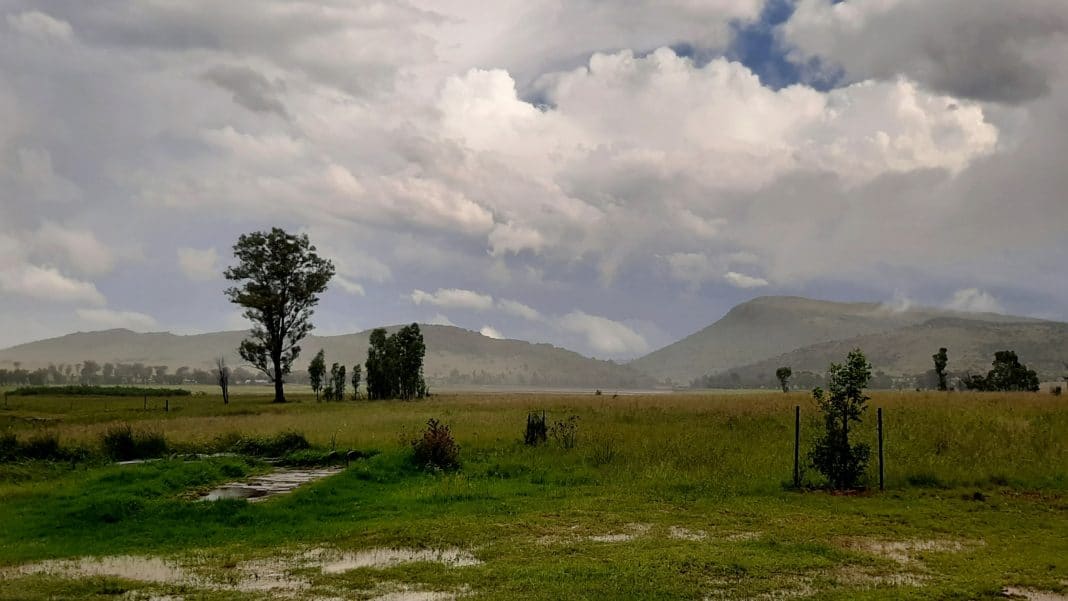 During a webinar hosted by Agricultural Writers SA, Gariep branch, Johan van den Berg, an independent weather expert and climatologist, took a closer look at expected rainfall patterns for the coming summer months, meteorological droughts and contributing factors, global warming, and the effect of the sun on the planet.

Saying that a good year would not necessarily break a drought cycle, he stressed that drought cycles should be viewed as normal and farmers should learn to position themselves for it. “In addition, when one looks at the extremities of weather patterns and the risks involved in farming, it is crucial that farmers should understand risk management. They should also choose technology very carefully so that they can continue to farm sustainably.”

For more information on the probability of exceeding median rainfall expected in South Africa, click here.

With some good news up his sleeves, Van den Berg said that prospects for good to above-average rainfall over the coming summer months, which could break drought conditions in South Africa, were exceptionally good.

After seven years of below-average rainfall, the country has been experiencing a weaker El Niño system over the 2019/20 seasons. At the same time, the Indian Ocean Dipole are also going through a negative phase, meaning that it has been cooling down after some below-average temperatures south of Madagascar. One of the reasons for this development, according to Van den Berg, is that nature is trying to rebalance itself.

“The cooler sunspot cycle also plays a role,” he said, “as well as a whole lot of other factors, such as the pole index, which is currently negative. The coastline along Africa is therefore cooler – and warmer along Australia’s coastline – indicating that South Africa will be entering a wetter cycle.”

When looking at Australia, climatologists expect that the country, which has also been experiencing severe droughts, should be getting a lot more rain in the next three months, possibly accompanied by some flooding. “Sudan already experiences flooding, something that is very typical of a La Niña phenomenon,” remarks Van den Berg.

A wet season ahead for South Africa

If the La Niña system establishes itself this month (September), chances are excellent that it will continue throughout the whole summer season. Van den Berg believes South Africa may very well be in for a La Niña system that could establish itself for the next three to five years.

Traditionally, a La Niña brings high rainfall during the mid-summer months in the central and western parts of South Africa. Areas that have been experiencing prolonged droughts, such as the Northern Cape, Botswana, Namibia, Eastern and Southern Cape, and central parts of the country, all stand a very good chance of getting rain and even some flooding.

“There is an excellent chance of rain in the eastern parts of the country from 23 September to 1 October. Tropical moisture has also starting moving down from Africa, which means that our summer rainfall season is imminent and that a relatively normal pattern is forming,” said Van den Berg.

Above-average rainfall is expected for the mid-summer months (December through March), which will then shift more towards the western parts of the country. “There is also a very high probability for good rainfall during the late summer months in Namibia, southern parts of Angola, and parts of South Africa.”

Looking forward to a wet summer, and possibly a rainy Christmas day in some parts of South Africa, this is indeed good news. – Carin Venter, AgriOrbit

For more information, send an email to Johan van den Berg at wjvandenberg1959@gmail.com.