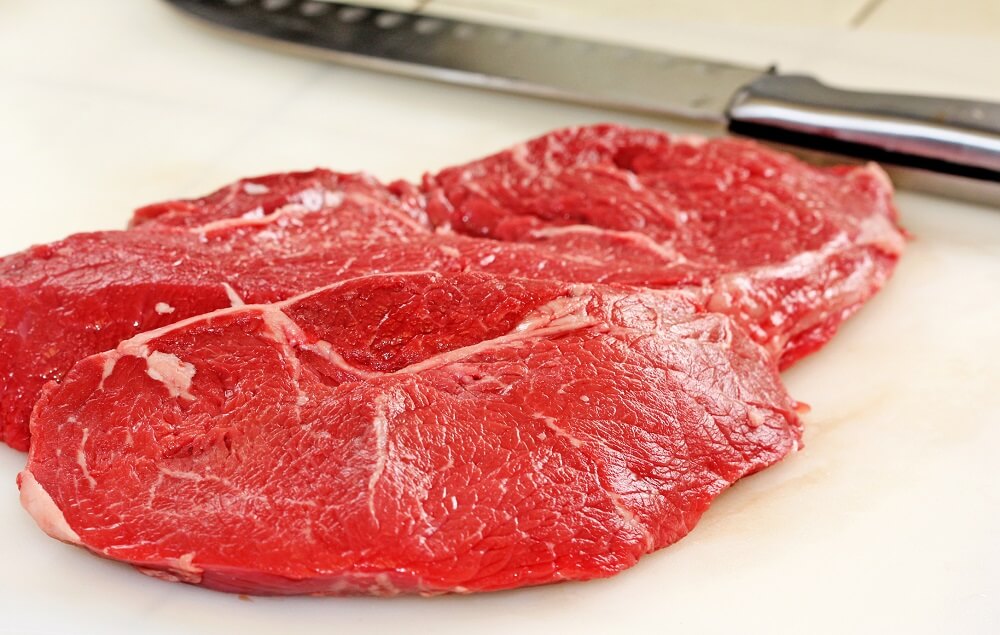 The focus of this article is to explore the red meat cooking behaviour of consumers across the socio-economic spectrum in the Western Cape province of South Africa.

Table 1: Cooking methods applied during the week and over week-ends. (Source: Survey results.)

The dominant cooking methods among marginalised consumers in the Western Cape are stewing and frying (applied by more than 95% of the sample during the week and over weekends), followed by boiling. Over weekends these consumers also indicated a preference for braai and oven baking or oven roasting (about two thirds of the marginalised sample).

Time to prepare red meat for a main meal

Perceptions regarding ease of cooking

Getting ideas for meal preparation

The time duration allocated to the preparation of meat within the main meal, was generally shorter during the week than over weekends. Product development, recipe development and consumer education should thus be focused on (1) quick and tasty meal ideas based on red meat for weekdays, and (2) more time consuming red meat-based meal ideas for weekends and when entertaining guests.

Research is needed on how the cooking times of less expensive and less tender red meat cuts could be decreased.

The results indicate that red meat is generally viewed as a very versatile food option, creating an opportunity for our red meat industry to show consumers even more ways to enjoy beef and mutton/lamb. However, with affordability being the major red meat constraint cited by consumers, a major challenge is to also provide consumers with red meat-based meal ideas that expand the versatility of red meat dishes based on perhaps less expensive red meat cuts.

When preparing meals, most consumers rely on the preparation of familiar foods and ideas obtained from ‘social sources’ such as family and friends. Recipes, television and magazines were the best ‘external’ sources of meal preparation ideas.

Considering the severe increase in overweight and obesity in South Africa, additional consumer education is needed to help consumers learn how to prepare lean red meat in tasty ways, without the addition of fat. From a health perspective, consumers should be motivated to move away from frying as a popular cooking method, given the significant use of additional cooking fat involved in frying. Social media could potentially be a valuable tool in this regard. Literature references available on request by emailing hester@bfap.co.za. – Hester Vermeulen, Bureau for Food and Agricultural Policy & Department of Animal and Wildlife Sciences, Dr Beulah Pretorius, Department of Animal and Wildlife Sciences, and Prof Hettie Schönfeldt, Department of Animal and Wildlife Sciences & SARChI Chair, University of Pretori

Acknowledgements: The authors acknowledge(s) funding from RMRD SA, as well as from the Department of Science and Technology (DST), National Research Foundation (NRF), South African Research Chairs Initiative (SARChl) in the National Development Plan Priority Area of Nutrition and Food Security (Unique number: SARCI170808259212). The grant holders acknowledge that opinions, findings and conclusions or recommendations expressed in any publication generated by the NRF-supported research, are that of the author(s), and that the NRF accepts no liability whatsoever in this regard.

Sowing seeds for the future with vertical farming