The term ‘rotational grazing’ is very often misinterpreted and has become closely aligned with a very rigid system where decisions based on actual veld condition are rarely considered. This is according to Prof Kevin Kirkman, professor in grassland science at the University of KwaZulu-Natal in Pietermaritzburg.

The priority of veld management, he says, should be the production of veld-grazing animals. “For animal production to be high, animals need to eat short, actively growing grass throughout the summer. As soon as you allow the grass to grow too tall, it loses its quality very quickly, especially in the sourveld regions of the country. However, it may also affect the sweetveld areas to some extent.”

Tall-growing grass that has started going to seed, he explains, has already declined in quality, which means that animal performance will also decrease.

Prof Kirkman suggests that producers use rotational grazing to graze their animals during summer in a way that will enhance performance. He uses a so-called Long Tom beer can as indicator of when a camp should be grazed and when the animals should be removed from that camp.

“Let’s say you have ten camps per herd. At the start of the growing season, you start grazing camp 1 until the veld is as high as a Long Tom beer can lying on its side. Then you move to camp 2, followed by camp 3. You continue this way until the grass in camp 1 is the same height as an upright beer can. Then you move back to camp 1.

“You follow this approach right through summer, no matter how many times you go back to camp 1. If for some reason another camp is ready for grazing before camp 1, you go back to that camp. It is important not to follow a fixed rotation, but to base decisions on actual veld condition. This way you will have a gradient of forage volume as well as quality in your camp system.”

Prof Kirkman emphasises that, in mixed veld, producers need to use palatable species in order to measure growth. Once these species reach beer can height, they can go back to that camp.

The quality of short grass is high, such as in the first paddock, but the quantity low. At the other end of the available paddocks, camps 6 to 10 for example, the grass would have grown quite tall, leading to low quality but abundantly available grass.

“Should there be a dry spell during summer, with little growth, you have those tail-end camps available. Although the quality will be low, you will at least have feed available for the animals.”

When planning fodder flow for the year, the main thing to determine is the amount of feed the animals will require during winter. Ideally, livestock should not graze the camps set aside for winter during the summer.

“These winter camps will not have high-quality grazing, but enough of it will be available. Because there is no regrowth during winter, producers do not need to follow the same dynamic rotation system employed in summer. They can start in one camp and when the grazing is finished move to the next one until the last of the winter camps is reached. At the end of winter, they can move back to the summer veld.”

Although not always practical, Prof Kirkman says, it would be ideal to switch winter and summer veld every year. A more viable alternative is to move the first summer camp forward every year in the rotational grazing system.

“Next summer you start in camp 2 and come back to camp 2 every time the grass has reached Long Tom height. Camp 1 becomes the last camp of the winter veld. The following summer, camp 3 becomes the first camp, and so on. The implication is that every camp in a ten-camp system will be the first camp that is grazed every ten years. Camps will therefore have the opportunity to rest for a full growing season for a good half of those years.”

This system offers the best of two worlds. From an animal production point of view, producers can provide high-quality veld throughout summer, while abundant veld is available in winter. From an ecological perspective, producers are improving their veld because they are not treating a particular camp the same way year after year. The grass can grow out, replenish its root system, and produce seed. It can continue its full growth cycle without being interrupted.

“Let’s say that you normally move over to your winter grazing on 1 April. During a dry summer it might be that you have to start grazing the first winter camp in March. This means that you would be a month short in terms of winter grazing. However, because production during summer was less than optimal, you need to move through the winter veld much quicker than usual as well. This could mean that you will be two or more months short in terms of winter veld. This offers an advantage, though, in that you will be able to determine with some accuracy how much extra feed would be needed.”

Based on this assessment, producers can decide which measures to implement to alleviate the problem. “Producers can either reduce their livestock numbers, buy in feed or lease extra land. The point is that it gives a few months warning before they run out of feed, which means they can plan accordingly.”

In a rotational grazing system that utilises a number of summer camps and a number of winter camps, it becomes much easier to determine the carrying capacity of a farm.

“If you run short of summer grazing in most years, you know that you are carrying too many animals. If, on the other hand, your animals can be comfortably moved onto winter grazing at the planned time, you know that the stocking rate is correct for the farm. If you have grazing left over in the summer areas at the start of winter, you know that you can carry more animals.”

This dynamic rotational grazing system is a good way of determining the correct stocking rate for a particular farm. It is also a good way of planning for drought. Producers will also find that veld rested for a full growing season is more productive the following growing season, Prof Kirkman says. This system will thus improve the farm’s carrying capacity over time. – Izak Hofmeyr, Stockfarm

For more information, send an email to Prof Kevin Kirkman at kirkmank@ukzn.ac.za. 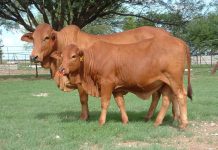