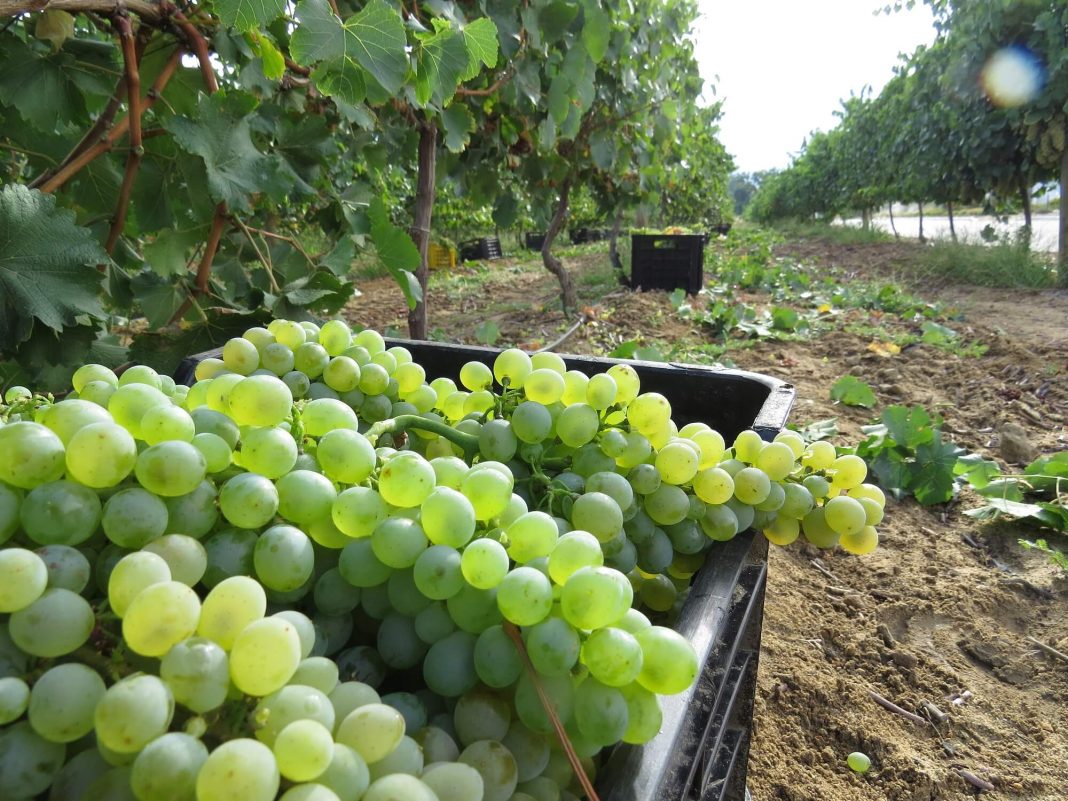 South Africa’s 2021 wine harvest is well underway, and while producers and viticulturists are optimistic about the quality of this year’s vintage following favourable weather conditions, cellar capacity and financial viability remain a big concern due to the continued alcohol ban.

According to the latest estimate by the South African Wine Industry Information and Systems (SAWIS) and Vinpro, the wine grape crop is at this stage expected to be only somewhat larger than in 2020, but still below the 15-year industry average of 1,37 million tons.

“Similar or somewhat larger crop sizes are expected in most areas due to moderate temperatures and sufficient water resources, which resulted in good vineyard growth,” says Conrad Schutte, manager of Vinpro’s consultation service division. Frost damage along the Orange River and cold and rainy conditions in the Cape South Coast during the flowering and set period, are expected to affect yields in these areas.

Most areas experienced sufficient cold weather conditions towards the end of winter to meet vineyards’ cold requirements, and above-average rain and snow replenished rivers, streams, irrigation dams, and soil water levels. Following late but even budding, cooler temperatures and above-average rainfall continued into spring, which further contributed to a somewhat later, but good flowering and set. Viticulturists were especially pleased with the number and sizes of grape bunches at this stage.

“Veraison was also late and slow due to moderate temperatures since the start of summer, and we’ve seen fewer temperature spikes than usual, which limits sunburn damage and helps retain flavour. Producers do, however, need to keep an eye out for downy and powdery mildew and manage it proactively,” Schutte says.

The wine grape harvest kicked off around two weeks later than usual, which could either be a blessing or a curse for cellars. “On the one hand, it may win some time for cellars to open up processing and storage space should the alcohol ban be lifted in the next few weeks. On the other hand, warmer weather is predicted from mid-February until the last week of March, which may speed up ripening and create bottlenecks, as some cultivars may catch up and the crop ripens simultaneously.”

“Producers will have to make tough decisions in the vineyards with cellar capacity under severe pressure due to the continued alcohol ban,” says Vinpro MD, Rico Basson.

The 19-week cumulative domestic alcohol ban that started in March 2020 has hurt wineries’ sales volumes and led to higher stock levels. Now, a month into the third alcohol ban and with the 2021 harvest commencing this week, the industry has more than 640 million litres of stock, of which 250 to 300 million litres are uncontracted. “This poses a material risk of insufficient processing and storage capacity for the new harvest, and threatens the sustainability of the wine industry,” Basson says.

While larger cellars have contingency plans, including renting additional capacity, allocating a portion to grape juice concentrate, and lowering prices (although not sustainable in the long run), smaller producers may have greater difficulty creating storage and processing capacity.

“Slower moving stock due to lower sales figures, cash flow challenges and the need for additional bridging finance that comes at a cost, will all put immense strain on the industry’s sustainability. This will inevitably result in many businesses and farms closing down, along with an estimated 27 000 job losses that will force those most vulnerable in our communities into a poverty trap,” Basson says.

As such, Vinpro lodged an urgent application with the Cape High Court on 27 January 2021 to seek interim relief that would afford the Western Cape’s premier the power to adopt deviations to enable off on-consumption sale of liquor in the province. Ultimately, similar relief will be sought in respect of other provinces. If the liquor ban is still in force in the Western Cape by 5 February – the date on which the matter is set for hearing – the Western Cape High Court will be asked to invalidate Minister Dlamini-Zuma’s ban in the Western Cape with immediate effect. – Press release, Vinpro and SAWIS

Olive oil industries in EU could lose billions due to disease