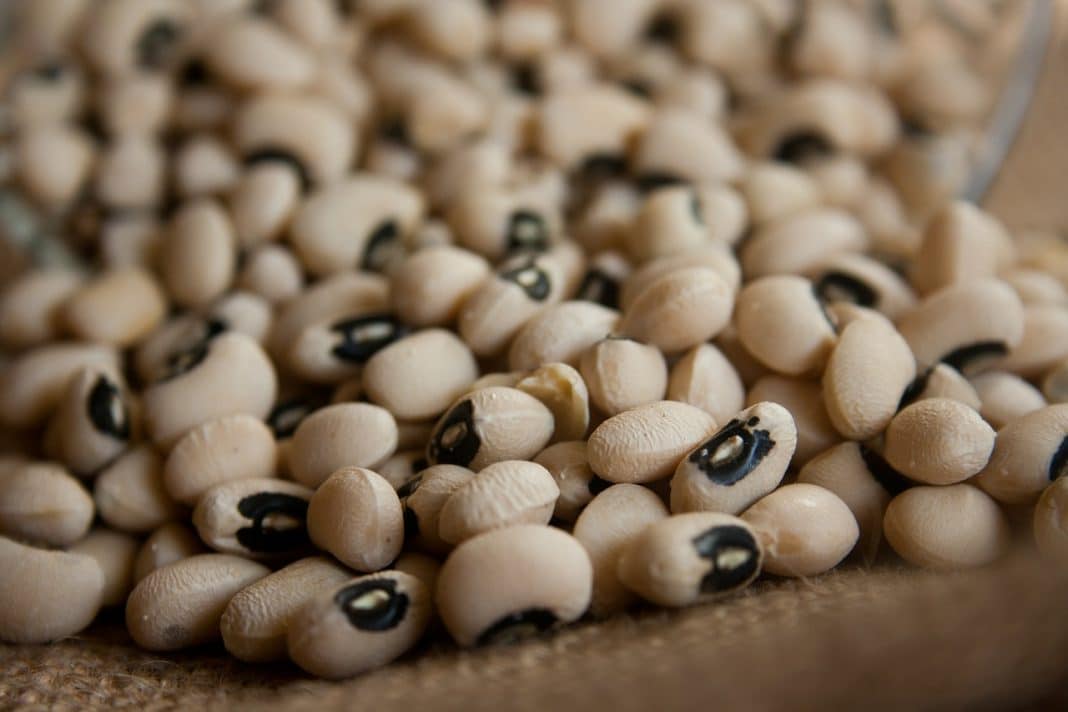 Cowpeas (Vigna unguiculata) are not just food for humans. Caterpillars also love to munch on these crucial crops, which can cause losses in Africa’s most widely planted native legume. However, not all cowpeas are completely defenceless. Some crops have evolved an ingenious way to fight back.

Researchers have now found an immune receptor on the surface of cowpea cells that can detect the saliva of chewing caterpillars, initiating a cascade of natural defences.

This might include a release of chemicals that directly impair the growth of feeding larvae or that indirectly call for backup. For example, when cowpea plants are threatened by a caterpillar known as the bean pod borer, the crop appears to release an odour into the surrounding environment that attracts nearby parasites of that particular insect species.

A study of peptides

Today, very little is known about how plants naturally detect and defend themselves from pests. Nevertheless, what we have learned could be seriously helpful in shoring up vital food sources for an ever-growing global population.

“Despite chemical controls, crop yield losses to pests and disease generally range from 20 to 30% worldwide. Yet many varieties are naturally resistant or immune to specific pests,” explains biologist Adam Steinbrenner from the University of Washington. “Our findings are the first to identify an immune recognition mechanism that sounds the alarm against chewing insects.”

The new study builds on previous research by some of the same authors, which found that certain peptides known as inceptins are present in the saliva of armyworms (Spodoptera exigua) – aka, the asparagus fern caterpillar – one of the biggest threats to cowpea crops. Furthermore, these proteins significantly trigger cowpea defences, which cause insect damage.

How cowpeas sense the presence of caterpillars

By mapping the genetics of these inceptin-induced responses, the new study helps us understand how cowpeas sense the presence of caterpillars. The authors found repeated inceptin receptors – referred to INRs – on the plant’s cells, specific to legume species.

Despite its importance, researchers have fewer ways to study cowpea plants, which means that researchers had to turn to the tobacco plant to test how these receptors work. They inserted the gene for INRs into tobacco plants to see what would happen in the presence of hungry armyworms.

The receptors were triggered both in response to direct leaf wounds and in the presence of protein fragments found in the saliva of caterpillars munching on the plants.

Those fragments are actually bits of cowpea proteins that are broken down by the caterpillar as it eats, leading researchers to label it Vu-In. ‘Vu’ refers to the species of the cowpea plant, while ‘In’ refers to the inceptin receptors.

In tobacco crops, the presence of Vu-In triggered the release of a hormone often produced by plants when threatened, leading to increased production of ethylene and reactive oxygen species, which are “part of a complex array of biochemical changes that collectively suppress insect growth rates,” the authors explain.

And they appear to work on real armyworms. When caterpillars were introduced to the tobacco plants, they ate far less of the crops containing these immune receptors.

Even caterpillars that dine on tobacco plants, such as the beet armyworm, were turned off by tobacco plants with the cowpea INR genes. “Like many plant immune receptors, [this receptor] is encoded only by certain plant species but it can be transferred across families to confer new signalling and defence functions,” the authors write.

Given that pests are one of the leading threats to global food security, that sort of knowledge could be a lifesaver, not just for these plants but also for us. – Science Alert