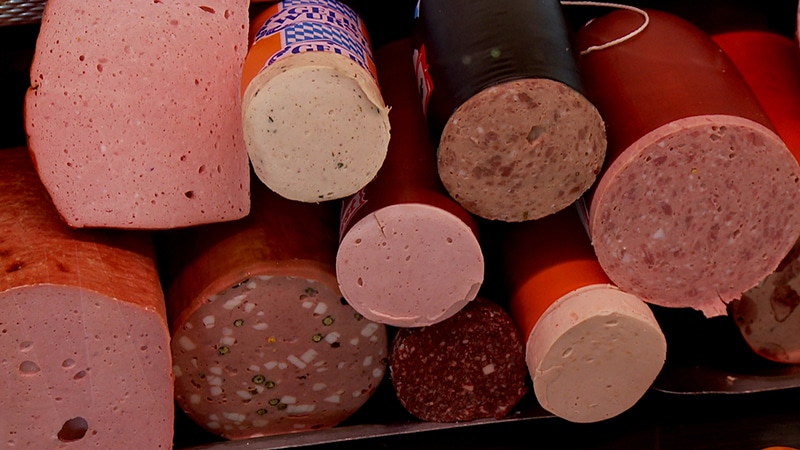 Many South Africans simply love a bit of bacon. Good news amid all the COVID-19 doom and gloom, is that the country’s pork industry continues to operate as usual, building up supplies with no issues expected in terms of shortages in the foreseeable future.

Having emerged in one piece from the listeria crisis in 2018, South Africa’s swine industry once again held up during this year’s COVID-19 lockdown, which was implemented on 26 March.

But while our producers fare excellently compared to our European counterparts, the pork industry in South Africa has also been biting the bullet with innovation and optimism in uncertain times and a volatile economic climate.

Forging ahead despite setbacks

Role-players will remember that South Africa’s pork industry was hard hit by a listeria outbreak in 2018. Those in the know will also remember that the crisis was turned around within a mere six months, when the market was reopened for the sale of processed meat. To top it off, more pork was sold in the same year than ever before.

“While it was a devastating blow for our processed meat division, we continued to sell fresh meat,” says Johann. “We have a lot of faith in our producers and, despite setbacks, South Africa’s pork industry is an optimistic bunch of people who will always look at how it can make things work in favour of the industry. When the listeria outbreak presented, we addressed the problem and adjusted to the best of our ability.

“Our industry took a hard knock, but this did not deter us. Producers kept on supplying the market with fresh pork, even at a price below production cost, so that people could put food on the table.”

During the listeria crisis unity played an important role in turning the situation around. Johann remembers the turning point, when one retailer dropped its prices far below the market retail price, immediately followed by the rest until the situation stabilised to such an extent, that business could return to normal.

Uncertainty and fear drives behaviour and is one of the reasons why 90% of South African consumers’ shopping patterns changed during the COVID-19 lockdown period.

Johann remarks on the fact that lockdown set back the global and local economy and the fresh produce market. “We saw the temporary closure of the food service industry (FSI), which includes fresh pork produce delivery to restaurants and fast food retailers. Approximately 40% of South Africa’s pork industry’s production is aimed at these markets. When the FSI closed, large volumes of fresh pork produce had to go into the normal retail fresh produce market.

“This created an oversupply of stock in our own market, pushing our products’ retail prices further down and making it more difficult for our farmers to cover their production costs. Pork produce is especially price sensitive and even a slight distortion in this market, can have a huge effect on price.”

Bilateral trade between several countries were also adversely affected. South Africa exports only about 3 to 4% of processed pork produce, with Mozambique as its biggest importer. The country’s informal traders usually cross the border to South Africa to buy meat with the intention of re-selling it in Mozambique. Unfortunately, during lockdown, these traders were prohibited from crossing the border.

The production arm of the swine industry relies heavily on strict farm management practices. It is an all-out system in which the planning of day-to-day operations must be done months in advance. Infrastructure is managed in such a way that it cannot be put on hold. Each week a certain percentage of animals have to be slaughtered and moved to the market.

For example, if a piglet is born on the farm today, the next one will be born in a week’s time and the next one in another week’s time. This puts the industry in a vulnerable position; unlike some other farming operations, pork production on a farm cannot be put on hold.

From an abattoir’s point of view, the owner’s biggest goal will be to keep the doors of his business open. The reason for this, according to Johann, is that it is an expensive business to run and must be based on a so-called ‘put-through’ system where business continues with as little disruption as possible.

South African pork farmers have been earning less for their produce since February this year, selling way under production cost. Pork producers often have to keep production going while trying to get the right price for or returns on their products.

“The snag is that, when the consumer market enters a platform of uncertainty and fear that changes buying patterns, the sentiment of buyers and retailers will play against the farmer who has no choice but to accept the price offered. It’s like a sausage machine that has to keep going, else the entire chain of processes will be disrupted.”

During the week prior to lockdown, the local pork industry was faring exceptionally well. This was followed by the lockdown period during which timeous access to informal traders, whom Johann regards as ideal vehicles to distribute meat in the informal settlements and townships, were severely hampered.

He estimates that wholesalers normally sell approximately 40% of excess pork produce to informal traders. “It is these products which did not reach the informal traders, something which has really hurt our industry.”

So what happens when a farmer produces more than the demand? According to Johann, the onus does not rest on one producer alone, but depends on a healthy and communicative relationship among all the producers, abattoirs, processors and retailers in the pork industry.

“It isn’t down to one farmer, abattoir or processor to carry the burden, but it is rather a question of how we all can survive when the going gets tough. We share equal responsibility in maintaining a healthy environment by identifying a problem, defining it, and turning it inside out until we have a viable solution,” asserts Johann.

When it comes to pork production, South Africa is largely self-sufficient. Relatively few processed products are exported to other countries, while imports comprise 10% of the total pork consumption in South Africa. “In South Africa it won’t make sense to import pork into a market in which the demand is already under pressure.”

Economies of scale are putting increasing pressure on small-scale pig farmers, while the growing sophistication of the commercial pig production sector requires a greater focus on biosecurity and quality assurance. SAPPO views this as a challenge for the South African pork industry, since it believes that every farmer, big and small, deserves a fair chance to make a success.

“Feed prices are high, but not excessively so,” remarks Johann. “Our farmers will welcome a reduction, should it be possible in a few months’ time.”

SAPPO believes it is important to maintain a good relationship with South Africa’s bordering countries, in the process ensuring that each country understands the other’s animal health guidelines, etc.

“We try to empower neighbouring countries by sharing information on animal diseases with their veterinarians, and vice versa.” The African Society for Pig Veterinarians, or PVS, came into being at the end of 2019, and consists of dynamic veterinarians with extensive knowledge on pig production, who share their knowledge of diseases in their areas with other veterinarians.

The PVS values the importance of strengthened bonds with colleagues across the African continent, and maintaining a close relationship with the industry. This is usually done by means of frequent formal and ad hoc meetings between the PVS and SAPPO in the face of ever-increasing threats of disease such as African swine fever and foot-and-mouth disease.

In addition, the PVS works in collaboration with SAPPO and the South African ministry of agriculture to provide support to the informal sector. It is also involved in both the Pork 360 and compartmentalisation of farms programmes.

On the breeding side of the swine industry, it is worth noting the work of the Pig Breeders’ Society of South Africa. The standards set by the society ultimately ensures the quality of the pork that land on our retail shelves, as pig breeds are improved genetically with a view to improved meat production.

The society was formed on 20 September 1919 and has been affiliated to the South African Stud Book and Livestock Improvement Association since its inception. Its main function is to ensure that breeders speak with one voice and comply with legislation relating to the registration and development of livestock in South Africa.

Some of the objectives of the society include:

Food preservation through the ages