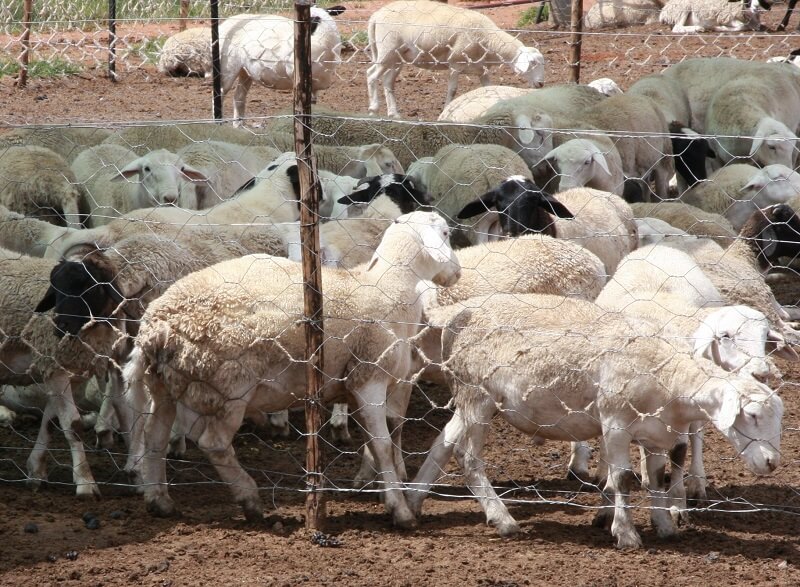 Since not all farmers report sheep scab among their sheep, the disease continues to pose a tremendous threat to the industry. Sheep scab can only be effectively controlled if all farmers make an effort to obey the law and report incidences timeously.

This is according to Dr Didi Claassen of Afrivet in Pretoria, who practiced as a state veterinarian in the Free State for eight years, first in Smithfield and later in Bloemfontein. During her time in the field, she says, it was worrying to see so many sheep farmers who did not report wool-related abnormalities on their farms, despite it being a controlled disease.

“There are a number of conditions that can mimic sheep scab, and which cause similar lesions. However, it is impossible to spot the difference with the naked eye. It is therefore vital to report any wool lesions so that a state veterinarian or animal health technician can take samples for analysis. In the event of sheep scab, the necessary steps can then be taken to control it. If nothing is done to rectify the situation, it may well cause considerable damage throughout the district.”

The stigma of quarantine

According to regulations, a farm on which sheep scab has been diagnosed, must be quarantined. This means that animals may only be moved from or to the farm under a Red Cross permit; neighbouring farmers must also be informed that their flocks will be inspected.

She points out that a farm will not necessarily be quarantined simply because a farmer reported a wool-related abnormality among his or her sheep. Yet it is critical that, in the event of sheep scab, the necessary steps, including quarantine, are taken immediately to limit the outbreak.

Unfortunately there is a stigma attached to farms that are quarantined due to sheep scab, as it is often seen as a reflection of the farmer’s capabilities. This, she says, is a false perception.

Sheep scab mites can end up on a farm in several ways. It can be carried to the farm on clothing, whether picked up at an auction or another farm. Visitors and shearing teams can also unwittingly bring the mites onto your farm. This is exactly why strict biosecurity measures are so critical. Poor management, she emphasises, is when one fails to take immediate steps when noticing even a single wool lesion in your sheep.

“Maintaining a good relationship with both your private and state veterinarian is a crucial component of good management. In addition, quick reporting of wool lesions is critical and is prescribed by law. If you leave it, you are not only endangering your own flock, but also those of your neighbours.”

According to Dr Claassen, the initial signs of the disease are very subtle. “Small tufts appear in the wool where the animals bite themselves, but these are usually not visible at first glance. By the time the wool starts coming off in large clumps, the problem has escalated in severity and has probably already spread across a large area. And all this while the state veterinarian’s help is free of charge.”

It is the responsibility of the state veterinarian to set up a treatment programme in a bid to effectively control the disease. He or she must also inspect the surrounding farms to make sure the disease has not spread. The longer it is left uncontrolled, the greater the eventual damage.

Effective treatment must be administered at least twice, seven to ten days apart. This allows for the successful disruption of the sheep scab mite’s 14-day life cycle. You can either use a dip or ivermectin, she says. However, it is important to make sure the remedy used for dipping is registered for mites.

“As sheep scab is a winter disease, dipping animals can be problematic in the colder regions of the country as it can lead to losses if a cold front arrives while the sheep are wet. Although more expensive, the injectable remedy may be a better option under these circumstances.”

However, it is critical to mark each animal being treated to ensure that each sheep on the farm receives treatment. If even one sheep is skipped, a new round of treatment must be given. Mark the different treatments with different colours; this way you can make sure the entire flock receives each of the treatments.

The state veterinarian will re-inspect the farm a month after the last treatment. Quarantine will be lifted if all the sheep are clean; however, if there are any signs of sheep scab, the treatment process will have to be repeated. The most common reason why treatment is unsuccessful is that sheep are accidentally skipped.

The infrastructure-associated costs for a good biosecurity system, says Dr Claassen, are minor compared to the production losses that can be suffered due to controlled diseases such as sheep scab and foot-and-mouth disease. Tips include buying overalls and boots and forcing people such as shearers and even the veterinarian to wear them if they have not brought their own.

Although more costly, shower facilities are an excellent idea in a bid to prevent a variety of diseases. Service providers will be able to shower before entering the farm and again before leaving.

“A shower facility is probably a bit extreme, but a few overalls and boots in standard sizes are perfectly feasible. However, make sure you disinfect clothing thoroughly between each use. Furthermore, it is very important not to let visitors come into contact with your animals without supervision or without good reason.”

Shearing teams, vehicles and new livestock pose the biggest risk in terms of carrying diseases to your farm, says Dr Claassen. Measures should therefore be put in place to effectively manage each threat. Foot baths, overalls and boots, and isolating new animals for at least a month, all form a solid foundation for an effective biosecurity system. This applies not only to sheep scab, but to general aspects as well.

The Animal Health Act, 1984 (Act 35 of 1984) stipulates that all animals must be treated for internal and external parasites prior to being transported. Although providing only some protection, isolating new animals for a month before adding them to the herd is critical.

“A good biosecurity plan also protects you from other possible diseases that may enter your farm, such as Johne’s disease and cryptosporidiosis.”

Nevertheless, when it comes to sheep scab, she concludes, the most important measure is to report any wool legions in your sheep immediately. This way, the correct steps can be taken to stop it from spreading. – Izak Hofmeyr, Stockfarm