Home Magazines The battle against FMD is far from won 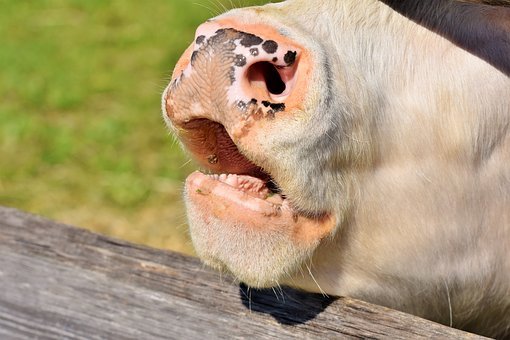 The outbreak of foot-and-mouth disease (FMD) in Limpopo in November 2019, during which 19 farms and agricultural facilities tested positive for FMD, caused considerable upheaval in the country. Strict measures were immediately put in place and for the most part, the livestock industry came to a standstill.

Although a difficult time for everyone in the industry, these measures paid off quickly and the last positive case was reported on 26 February last year. For six months no new positive incidents were reported, and the Department of Agriculture, Land Reform and Rural Development was able to issue a press release on 18 August 2020 announcing that the quarantine had been lifted at nine of the 19 farms and agricultural facilities.

The other ten made good progress. By the end of last year, it was reported that six of the ten remaining farms had also been declared disease-free. Meanwhile, the ban on auctions had also been lifted. Botswana even lifted the ban on meat and livestock imports from South Africa, although strict import conditions are still in force.

Economic impact on the industry

Dr Themba Malatse, state veterinarian in Polokwane, says the local meat industry has experienced a major setback. Auction houses suffered huge losses because they were closed for trade, and shortly after auctions were allowed again, COVID-19 hit South Africa and auctions were again limited to a large extent, resulting in further financial losses for auction houses.

He believes abattoirs suffered the same fate. Many abattoirs generate profits by selling the fifth quarter of the carcass but due to the FMD outbreak, it all had to be destroyed, which meant that this ‘cash cow’ was no longer turning a profit.

Has the problem been resolved?

Stockfarm contacted several veterinarians in Limpopo, who preferred to remain anonymous, to find out if the FMD problem is a thing of the past. They are sceptical and the general opinion is that it is just a matter of time until the disease rears its head again.

According to these veterinarians, a red line has been drawn on a map and no animal may be moved across this line, but not everyone is equally observant of this ‘imaginary border’. With a little initiative, it is apparently easy to move animals across the red line.

One veterinarian says producers can simply cut the red ear tags off the animals’ ears and take a backroad to transport the cattle on the back of a bakkie to auction facilities. Once there, a veterinarian is supposed to test the animals, but it serves no purpose if they only check for sores in animals’ mouths or hooves. If the animals were in contact with infected animals the day before, they will not yet show any symptoms.

However, they are already carriers that will introduce the disease to the next feedlot. Some veterinarians say they are not prepared to link their names to this type of animal testing at auction facilities.

The problem with vaccines

A shortage of vaccines and the fact that vaccines are apparently imported from Botswana are some of the other problems mentioned. The state is supposed to patrol the red line, especially farms located next to the game reserve, but the department allegedly does not have enough vaccines or the manpower to patrol the area. All livestock on the other side of the red line must be vaccinated and may only be slaughtered within this area, but this is apparently not done either.

Veterinarians generally feel that the department is dragging its feet and measures that should have been put on paper months ago were not yet in place at the time of writing this article. Meanwhile, animals can be transported quite easily across the red line where they can infect other animals.

Dr Malatse does not necessarily agree with each statement, but he believes that better control measures should be put in place at livestock auctions – because animals from different areas are placed together, the disease usually spreads from there.

He says every producer must apply biosecurity on his or her farm, as well as insist on a health certificate when buying in animals. He also believes that newly purchased animals must be quarantined for a period before introducing them into the rest of the herd.

His advice is not to transport animals with any signs of disease and not to buy animals from infected areas. He further emphasises that everyone on the farm – visitors or buyers – who has contact with the animals must be disinfected.

Dr Chris van Dijk, chairperson of the National Animal Health Forum, says they are also concerned about the state of affairs. FMD is a controlled disease and the department must ensure that the necessary regulations are applied. According to him, several regulations are already in place and if everyone adheres to these regulations, the FMD battle can be won.

He is excited about the Agricultural Produce Agents Council’s (APAC) biosecurity measures that came into effect in November last year. Dr Van Dijk says it is a step in the right direction to limit the spread of diseases such as FMD. Its purpose is to establish an audited traceability system, while also curbing the spread of animal diseases at livestock auctions.

In the government’s latest communication on the Molemole outbreak, Dr Mpho Maia, director of animal health, said that restoring South Africa’s official FMD-free zone status was a lengthy process with numerous activities that needed to be completed successfully. In order to recover its FMD-free zone status, South Africa will only be able to apply to the World Organisation for Animal Health (OIE) once these and other processes pertaining to the review of FMD control strategies have been completed and there is certainty that it is sustainable. 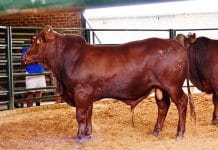 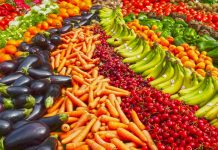